Share
Typical feudal village of ancient origin, Melissa is present with narrow alleys and reachable only on foot. Rich in numerous religious buildings, the visit to the Church of Santa Maria dell'Udienza, which many devotees from all over the province of Crotone believed was capable of performing miracles, is inevitable. 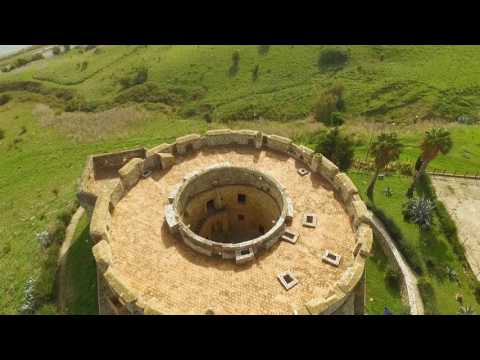 The village of Melissa rises on a rocky ridge between the Ionian Sea and the eastern slope of the Sila Grande, in Calabria. The historical center preserves the evocative characteristics of a typical feudal village, with narrow alleys, reachable only by foot, and the ruins of an imposing ring of walls. Melissa certainly has ancient origins, dating back perhaps to the Greek colonization on the Ionic coast and mentioned in the "Metamorphosis" of Ovid. Its name from the Greek "μέλισσα", means "country of bees and honey". The Community, since the Middle Ages it was subject to the power of various feudal lords: i De Micheli, of Venetian origin, the Campitelli and Pignatelli. The population tried repeatedly to rebel against the last two masters, that exploited the lands on which the peasants asserted their rights. The discontent continued until the sadly famous date of 29 October 1949, when at the contrada Fragalà, some peasants tried to occupy the uncultivated land; in clashes with the police forces 14 people remained wounds and 3 died under the blows of the firearm. The artist Ernesto Treccani, in 1979, gave to the community of Melissa a monument to the Fallen of Fragalà, to celebrate those who fought and they sacrificed themselves for the rights of the people of Melissa.

The agricultural tradition is an integral part of the culture and history of the village of Melissa, beyond that of its economy. For this is worth a visit to the Peasant Struggles' Research Center.

At Torre Melissa, on the coast of the Ionian Sea, a pleasant and relaxing tourist destination, you can stroll along Via delle Palme, the new promenade, with the typical plants that give the name to the seaside promenade and its characteristic cobbled path. By this way it is possible to see the Aragonese Tower, also called Torre Merlata or Torrazzo. During the day or in the evening you can stop in Padre Pio Square, meeting place of the Community, in particular during the summer season at which are organized many events and religious feasts, making it a true center full of life.

SP26, Cerenzia (Crotone)
18.88 Kilometers from Melissa
Carafa Castle
The Norman Castle of Santa Severina, in Calabria, is one of the ancient fortresses best preserved...

Piazza Campo - 88832 , Santa Severina (Crotone)
20.04 Kilometers from Melissa
Barracco Castle
The Caccuri Castle is an imposing baronial dwelling, whose Torre Mastrigli is the symbol of the m...

88841, Isola di Capo Rizzuto (Crotone)
44.50 Kilometers from Melissa
Aquarium CEAM
The Aquarium is located in Capo Rizzuto, in the square in front of the Shrine of Madonna Greca, i...

88833, Caccuri (Crotone)
22.92 Kilometers from Melissa
Carafa Castle
The Norman Castle of Santa Severina, in Calabria, is one of the ancient fortresses best preserved...

Crustoli calabresi: sweet goodness to brighten up the Christmas table
Crustoli or turdilli are delicious sweets that can be enjoyed when visiting the authentic village of Melissa, in the province of Crotone, during the Christmas period. Tradition has it that these sweets are prepared in every Calabrian home to renew the tradition year after year, handing down the recipe from mother to daughter. A characteristic scent spreads through Melissa when the housewives are intent on their preparation. A vinous and spicy scent reminds us that it is Christmas, a time of warmth and family. These delicious sweets are th...
Continue
Recipe: Stuffed Eggplants
Stuffed eggplants or malangiani chini are a traditional, simple and tasty dish of Calabrian cuisine and on the tables of the inhabitants of Melissa, in the province of Crotone, they cannot be missing during a Sunday lunch or for a day of celebration. Perfect for an appetizer or as a side dish, they can be enjoyed hot, warm or cold.Let's see how they prepare. Ingredients 4 eggplants300 gr of minced meat2 tomatoes150 gr...
Continue
Recipe: Cuzzupa, the typical Easter cake of the Calabrian tradition
The Cuzzupa is a typical dessert of the Easter tradition that symbolizes the end of the Lenten fast and the resurrection of Christ, represented by the presence of whole eggs, which are said to bring good fortune. The origins of this dessert are lost in the mists of time, in fact it was prepared even before the advent of Christianity and seems to come from the lands of the East. The name itself seems to derive from the Greek word "donut" (koutsoupon), a shape that is sometimes given to it. In fact, the Cuzzupa does not ...
Continue