Share
The village of Rota d'Imagna is located in the Imagna Valley, in the Bergamo area. The first human settlements in the municipal area date back to the Bronze Age, but it is in medieval times that the town begins to take on a very specific physiognomy, mainly composed of the nuclei of Rota Dentro and Rota Fuori. The recent revival of tourism has meant that the town of Rota Imagna became the main tourist center of the valley.

A look at Rota d'Imagna 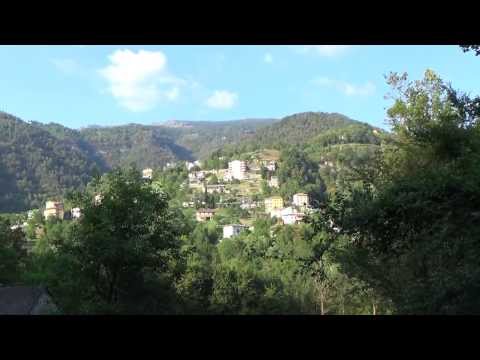 The first human settlements on the municipal territory are datable to the Bronze Age, as it has been possible to establish thanks to the discovery of skeletal fragments and furnishings inserted in a funerary objects found. These finds discovered in the cave of the Poles, are now kept in the Archaeological Museum of Bergamo. The successive eras have left no remains in the territory, although probably there were small settlements in roman and longobard age.

These arguments seem to be substantiated by the etymological meaning that, according to some, derives from Latin voice rupta, understood as an open way between obstacles. Other assumptions would climb the etymological meaning by the Longobard lemma Rothar (person red hair), which entail the presence of peoples of Longobard lineage. A final interpretation would like to report the name wheel, element included also in the coat of arms of the family Rota, that from here originated. It is however in the medieval era that country begins to assume a physiognomy precise, so much so as to be mentioned in official documents for the first time in the year 1151. Mainly composed by the nuclei of Rota Dentro and Rota Fuori, as well as from various quarters, saw the raging in the medieval era bloody clashes, much more than in other areas of the province of Bergamo, between Guelphs and Ghibellines.

This due to the fact that the valle Imagna, predominantly Guelfa, was in sharp contrast with the adjacent Brembilla Valley, siding with the Ghibellines: throughout the area arose castles and fortifications and Rota was not absent. The first clashes saw prevail the Guelfs, so much so that the Ghibellines asked aid to the Visconti family, lords of Milan. These managed to defeat their opponents and to extend its dominance over the valleys of the area. The way in which infierirono on opponents brought the Guelphs to seek more times the revenge with more murders. After continuous tipping over in front of the domain of the Visconti and Ghibellines was final, followed by further looting in 1382, in 1398 and in 1404. A legend tells of a gruesome episode that occurred at the end of the latter battle that saw the protagonist this Andrea, inhabitant of Rota. Made prisoner, was savagely beheaded, so much so that their opponents played with his head, causing it to roll with repeated kicks.

The situation was overthrown when the area passed under the control of the Republic of Venice, which in contrast with the Visconti, claimed the deployment guelfo. Followed destruction in respect of the possessions of the Ghibellines, while countries Guelfi, including Rota, had a favorable treatment. In the course of the years went gaining ever greater prestige the local family of the Rota, who settled in Venice and gave numerous personailtà leading to the institutions of the lagoon. Other character of prestige was born in the country was Giacomo Quarenghi, Renowned architect and painter who lived between the XVIII and XIX century. The following centuries saw a few important events that involve the small community that, strong of its insulation, followed the events of the rest of the province without joining in a direct way.

The municipalities of Rota Dentro and Rota Fuori remained distinct until 1927 when they were melted in the new administrative entity Rota d'Imagna. The recent revival of tourism has meant that the country of the Imagna Rota became the main tourist center of the valley. This is thanks to the pleasant location you can make a large number of excursions suitable for every type of need: both simple walks that challenging trails, up to the possibility of making use of the mountain bikes.

Very important is the Parish Church of Rota Dentro, dedicated to San Gottardo. Built in 1496 but elevated to the rank of parish only a century later, has a portal in granite and numerous works, among which are those of Carlo Ceresa and some inlays of fine workmanship. It is not least the Parish Church of Rota Fuori, dedicated to San Siro. Documented from 1470, rebuilt in 1765. It also possesses numerous works of great importance among which those of Gaetano Peverada, Pier Francesco Mazzucchelli and Carlo Ceresa, but also stuccoes and notches of the XVII century and a baptismal font dated 1614. Also deserve mention Ca' Piatone, aristocratic villa of the XVII century with arches and arcades in stone, where he was born Giacomo Quarenghi, and Villa Mazzucotelli with a large garden. Very characteristic are finally the village of Chignolo, small nucleus of rural mold which is accessed via a path on which is located the Ponte del Follo, constructed with a structure with a single arch in stone.

the Municipality is part of:
Comunità Montana Valle Imagna

Viale Papa Giovanni XXIII, 30, Sant\'Omobono Terme (Bergamo)
4.04 Kilometers from Rota d'Imagna
Ancient Icebox
The ancient icebox of Amagno, in the Imagna Valley, is located near the village of Strozza.

località Amagno, 31, Strozza (Bergamo)
7.79 Kilometers from Rota d'Imagna
Municipal Casino
The Casino together with the Grand Hotel cooperated to create an effective tourist attraction for...

Vicolo Ginami, 1, Gromo (Bergamo)
35.81 Kilometers from Rota d'Imagna
Villa Crespi
Villa Crespi was the manor house of the Crespi family in the village of Crespi d'Adda, in Lombard...

Piazza Dante, 8, Gromo (Bergamo)
35.78 Kilometers from Rota d'Imagna
Ancient Icebox
The ancient icebox of Amagno, in the Imagna Valley, is located near the village of Strozza.