Share
Going up the Val Pettorina, Sottoguda is the last village before Malga Ciapéla and Marmolada, in Veneto. Ancient village is characterized by the numerous tabièi, wooden barns widespread in the Dolomite area of Ladin culture, used by farmers for the storage of hay and the shelter of livestock and agricultural tools. Today the tradition of artistic wrought iron also survives thanks to some artisans who have their shops on the road that connects the village of Palue to Sottoguda. 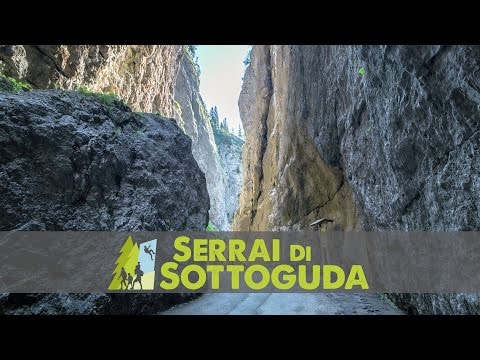 Leaving the Val Pettorina, Sottoguda is the last village before Malga Ciapéla and Marmolada in Veneto. An ancient village whose written testimonies date back to 1260, is characterized by the numerous tabièi, wood barns spread in the dolomitic area of ​​Ladin culture, used by peasants for the hay storage and the cattle and agricultural tools. Agriculture has for centuries been the main source of livelihood for the small community. Today, the tradition of craftsmanship of wrought iron survives thanks to some craftsmen who have their stores on the road that connects the village of Palue to Sottoguda.

The original population of Val Pettorina and Laste came from the Valleys of the Adige and Isarco as well as the people of the valleys of Badia, Gardena, Fassa and Livinallongo. In ancient times, the territory of Rocca Pietore was a Longobard armenian. Arimannias were military settlements in the area of ​​a given territory and fortification, as in this case the ancient Rocca Bruna (Rukepraun in German), whose area of ​​expertise, around the year 1000, also included the high valley of Fassa, the Livinallongo and perhaps part of the high valley Badia, all the territories of the ancient Noric region. In 1395 the territory passed under the control of the city of Belluno, succeeding however to maintain a strong autonomy, formalized in 1417 with the Statutes of the Magnificent Community of the Rock. These treaties allowed her to take on a small republic that lived for 411 years in a state of strong administrative autonomy. At the time there was even a court in Saviner, called "El Banch de la Reson", formed by democratically elected heads of state. This status lasted until 1806 when the arrival of Napoleon Bonaparte ended this extraordinary historical period. Since then the fate of the territory of La Rocca was linked to Veneto, including the period of Habsburg domination on Lombardo Veneto (1813-1866).

The oldest building in Sottoguda, the only one saved by the fire in 1881, is the church dedicated to the Saints Fabiano, Sebastiano and Rocco, consecrated in 1486 when it was to serve a community made up of ten homes. The bell tower dates back to 1550 and the altar of 1616. Immediately after the last houses begins the gorge of the Serrai of Sottoguda, a deep canyon of about two kilometers, today Regional Park of interest, which reaches to the basin of Malga Ciapéla at the feet of Marmolada. The path winds through high cliffs and intersects the course of the Pettorina stream. At one time the Serrai passed through the herds of cows and flocks of goats directed to the high mountain pastures, and the loads of timber and hay drifted down from the woods and the mounding areas. In winter, when they fall freezing over the rocky walls of a thick layer of ice, the gorge becomes a most popular ice climbing gym in Europe.

In the heart of the Dolomites, Sottoguda extends the Serrai Gorge, unique in the world. They are about 2 kilometers long, with walls over 100 feet high with little space between them. Trails for the whole stretch from the small Pettorina stream, which in its tireless flow sloping the rocks to form rocks and numerous caves. The visit to the Serrai can be done both from the valley and going up to Malga Ciapela, either coming from the opposite side, descending towards Sottoguda. Along the way you will be able to admire the splendid waterfall of Franzei, which, when well nurtured, comes to light the road, the little church of Sant'Antonio and later the statue of Our Lady of the Serrai, placed in a natural cave. Serrai has always been an inexhaustible source of myths and legends. The most famous is that of King Shadow, which tells how the sovereign lived in his throat, protected by massive gold gates. The Serrai have been declared a nature reserve, which can be visited both in summer and winter, when the numerous waterfalls on the sides of the road are frozen.

The Municipality is part of:
I Borghi più belli d'Italia
Unione Montana Agordina

Via Sottoguda, 56, Sottoguda
Appartamenti Ciesa Padon
Situated near the magical Borgo of Sottoguda, our house is the ideal place for spending a comfort...

Via Sas Negher, 8 - 32020, Sottoguda
Stay Dolomites
Stay Dolomites it was born with the aim to make people fully live the experience of the village a...

Via Capoluogo 39, Sottoguda
Chalet Al Lago
Chalet al Lago apartments offer you a relaxing holiday surrounded by nature with all the modern l...

Via Pian, 6 - 32020, Rocca Pietore (Belluno)
0.24 Kilometers from Sottoguda
Hotel Cima Dodici
If you like mountains, you can’t ignore a hotel that has the mountain in its own name.

Sottoguda: the jewel village at the foot of His Majesty the Marmolada
With the end of the summer vacations we are already thinking about the next weekend to spend away from the city and the stressful everyday life: those looking for a place to recharge their batteries immersed in nature can choose Sottoguda, located in the heart of Val Pettorina and at the foot of the Marmolada Dolomites. Sottoguda rises at a height of 1250 m and has been declared one of the most beautiful villages in Italy, in fact the last out...
Continue
Lamon Bean of the Bellunese Valley I.G.P.
What makes our unique culinary tradition in the world? A range of irresistible and extremely varied recipes: they change from region to region. But not only. The key to our uniqueness must be sought after in the use of the best raw materials. The Italian territory is capable of delivering an incredible variety of each product. Today we present Lamon bean of Belluno valley, produced by I.G.P. since 1996. Legumes have for centuries been the main food of the poor classes
Continue
The legend of King Ombro and his beautiful daughter Ombretta, of Sottoguda
Upstream of the village of Sottoguda, at the entrance of the Serrai, it is said that there was a gigantic bronze portal from which extends a rich and fairytale kingdom. It was the reign of King Ombro, who lived in a magnificent alabaster castle that could not be seen by ordinary people because they could not cross the portal. King Ombro had a beautiful daughter, Ombretta, as beautiful as joyful and loved by all the citizen of the kingdom. The young woman had all the attentions and admiration of the princes visiting the castle, who...
Continue