Share
The small village of Bisaccia, in Avellino, is characterized by its medieval structure. The most characteristic places of the village are the Convent, the Ducal Castle, the Cathedral in Piazza Duomo and the Church of the Dead. Among the typical products of the village there are the treidde (cavatelli bisaccesi), the strufoli (strufele, a typical Christmas cake) and the squarcella (squarcedda), a typical Easter cake.

A look at Bisaccia 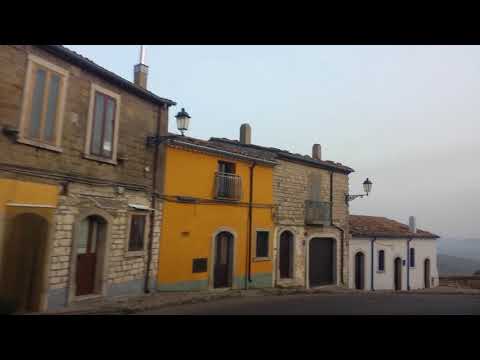 Bisaccia is a small village of medieval origins in the province of Avellino, whose territory was already inhabited in the X century B.C.
The most characteristic places of the village are the Convent, the Ducal Castle, the Cathedral in Piazza Duomo and the church of the dead.

In the ninth century BC the Oliveto-Cairano civilization, coming from the Adriatic shore and landed in Apulia near the Ofanto, rising up the river, founded villages in Cairano and Bisaccia.
In Bisaccia and Lacedonia the new inhabitants replaced others from the Bronze Age. Here they built a necropolis (IX-VIII century BC) with pit tombs and tombs from the Iron Age that validates the ancient origin of Bisaccia..

Later, according to tradition, the Samnites built the ancient city of Romulea on the site where Bisaccia now stands, where they concentrated their greatest wealth. The city remained in the Samnite hand until 296 BC, when it was attacked and plundered by the Romans.The Irpini, including the inhabitants of Romulea, wishing to regain their independence from Rome, rebelled several times to the Roman Republic, allying with the Tarantini of Pirro and the Carthaginians of Hannibal. After the defeat of Capua inflicted on them by the Romans, the Irpini were silenced and punished.

After the wars against Pirro, the Romans built an arx (garrison) at Romulea to watch the Irpini, on the ruins of the Oppidum destroyed in 296 BC The name Bisaccia could derive from the name of this Roman garrison (Bis arx) or from bis acta (made twice). In the Augustan age a Roman colony was established in Romulea, the so-called colony romulensis.

In 591 the Lombards conquered Irpinia and Bisaccia until the arrival of the Normans who, led by Roberto d'Altavilla known as il Guiscardo (or the astute), subjugated the entire area. In 1246 the Lord of Bisaccia Riccardo di Bisaccia was deprived of his fief by the Emperor Frederick II as guilty of having participated in the Capaccio Conspiracy.

The castle was renovated by Frederick II, who used it as a prison and visited Bisaccia in 1250. According to local tradition, Frederick II used the castle of Bisaccia as a hunting lodge and was also the occasional seat of the Sicilian poetic school.

From the fifteenth to the sixteenth century until 1861 Bisaccia was part of the Kingdom of Naples (later to become the Kingdom of the Two Sicilies in 1815), which from 1501 to 1707 was of Spanish dominion.
Over the centuries it also hosted men of letters such as Torquato Tasso (1588) and Francesco De Sanctis.
In 1707 the Spanish viceroy Ascalona was defeated by the Austrians who took possession of the Duchy of Naples and took the duke of Bisaccia, the viceroy and other nobles prisoners. Between 1731 and 1739 Austria was involved in the war of Polish succession during which it lost the kingdom of Naples and Sicily on which the Bourbons settled.

In 1805, the French emperor Napoleon Bonaparte occupied the Kingdom of Naples, thus declaring the Bourbon dynasty decayed. The emperor of the French then named his brother Giuseppe Re di Napoli. Under a predominantly foreign administration, feudalism was abolished. On 8 March 1809, the eighth duke of Bisaccia Giovanni Armando Pignatelli died without heirs; the feud and the title of Duke of Bisaccia were then donated to the royal court.

The Bisaccia Civic Archaeological Museum is located inside the ducal castle and contains numerous archaeological finds (tombs, funerary objects) belonging to the Oliveto-Cairano Civilization and found in the old Bisaccia cemetery between 1973 and 1996; among these, of particular importance is the tomb of the Princess of Bisaccia.

The vast territory of Bisaccia, since prehistoric times, has always been used as a site suitable for breeding cattle, sheep and goats. Since ancient times cattle breeding and the wool industry have been renowned and flourishing.
In Bisaccia, up until the fifties, there were numerous local workers, involved in the weaving of carpets, bed blankets and clothing. At the foot of the ducal castle of Bisaccia the production of fabrics, carpets and much more with a Finnish frame is still active.

Via S. Leone, 99, Cairano (Avellino)
13.14 Kilometers from Bisaccia
Grimaldi Castle
The Grimaldi Castle dominates the village of Monteverde, in Campania.

Via del Convento, 14, Zungoli (Avellino)
18.80 Kilometers from Bisaccia
Norman Castle
The Norman Castle is located in the heart of the village of Zungoli, in Campania.

Via Ospedale, 16, Rocca San Felice (Avellino)
19.05 Kilometers from Bisaccia
Norman Castle
The castle of Melfi is the symbol of the town and is considered one of the most important medieva...

Via Normanni - 85025, Melfi (Potenza)
23.66 Kilometers from Bisaccia
Norman Castle
The Norman Castle is located in the heart of the village of Zungoli, in Campania.

Via Ospedale, 16, Rocca San Felice (Avellino)
19.05 Kilometers from Bisaccia
Montevergine Sanctuary
The Sanctuary of Montevergine, near the village of Mercogliano in Campania, is the most famous an...

Via del Convento, 14, Zungoli (Avellino)
18.79 Kilometers from Bisaccia
Grimaldi Castle
The Grimaldi Castle dominates the village of Monteverde, in Campania.

Villages between Puglia and Irpinia
Foggiano and Irpinia. You said everything, you said a lot. Think of the province of Foggia. Very extensive. From the countries immediately after the Bari and the Bat, here already Cerignola, historical and big agricultural reality, the city of the trade unionist Di Vittorio. From here we go inside, going towards Candela and the Subappennino Dauno, 49 villages set in the not very high mountains of this particular southern and Apulian mountain r...
Continue