Share
Arquata del Tronto is the only municipality in Europe enclosed within two protected natural areas: the Gran Sasso and Monti della Laga National Park in the south, and the Sibillini Mountains National Park in the north. The fortress city, compact and austere, stands with its medieval castle in the middle of a rich and wild land, which has always aroused fantasies, dreams and hopes. 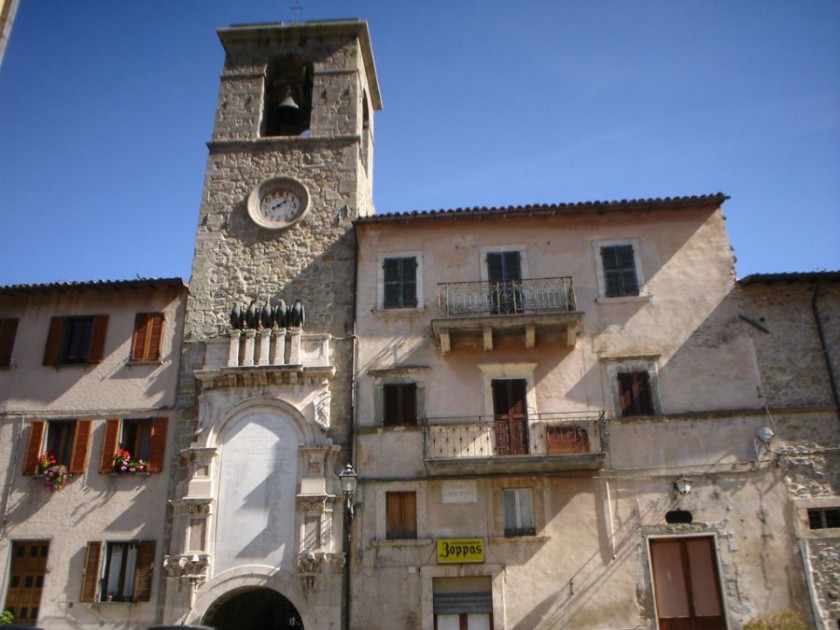 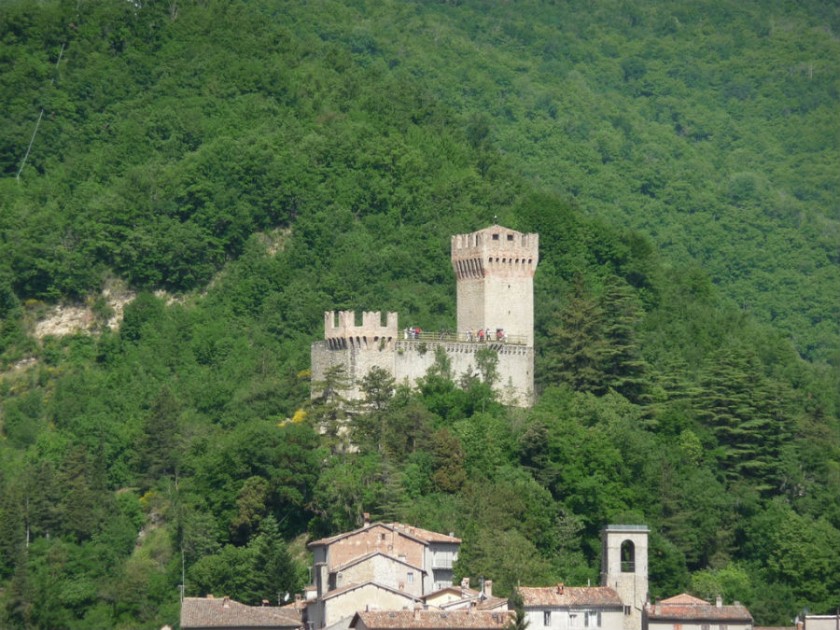 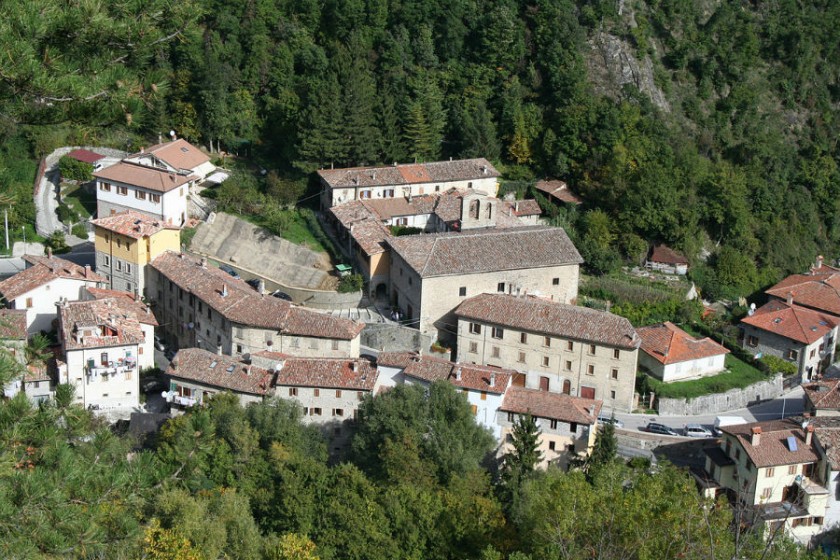 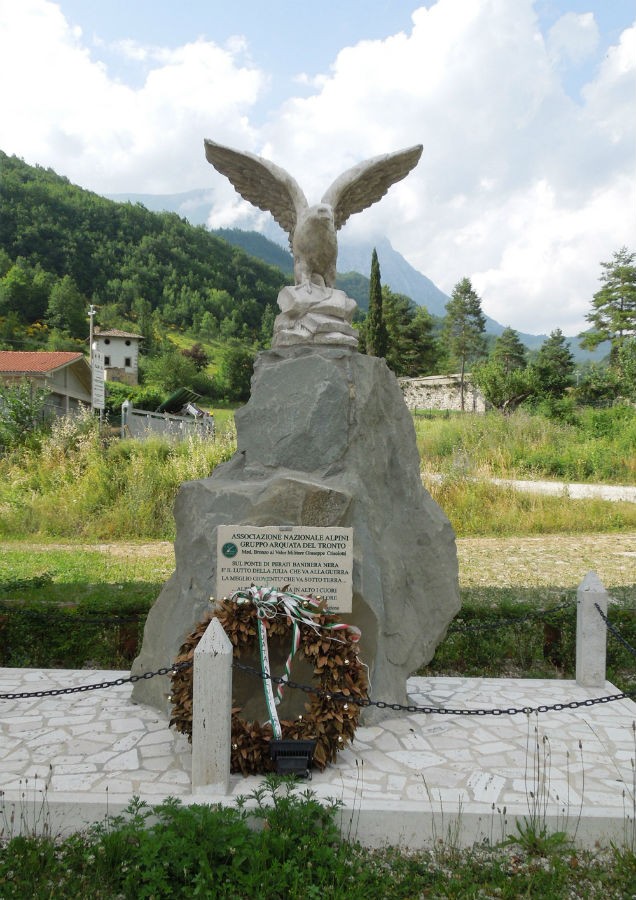 A look at Arquata del Tronto

Arquata del Tronto adjoins three regions (Lazio, Umbria and Abruzzo) and is known for the presence of the historic medieval fortress that overlooks the town. It is also the only town in Europe enclosed within two protected natural areas: the National Park of the Gran Sasso and Monti della Laga South, and the Parco Nazionale dei Monti Sibillini north. The territory of the arquatano, predominantly mountainous, is characterized by the presence of Monte Vettore, Del Monte Ceresa, of the massif of the Sibillini Mountains and the chain of Monti Della Laga. The landscape varies between alpestri steep rocky walls that is relayed to the thick woods of chestnut, beech and conifers; among hillsides and ample balconies natural, green fields and pascolive areas. From the highest peaks can be seen the profiles of the Gran Sasso d'Italia and the Adriatic Sea.

This is the area of the so-called "magic slope" of Sibillini, drenched since the Middle Ages of beliefs, traditions and tales, animated by mysterious presences, which still today there are looming. Guido Piovene describes them as "Monti most legendary d'Italia". On the sides of these mountains there were the ancient paths that led to the road of the fairies, to the Grotta della Sibilla, Apennine prophetess, and Lake Pilato, where it is believed to be plunged the carriage driven by oxen which transported, ingovernato, body of Pontius Pilate.

The name of Arquata del Tronto is composed by the combination of two terms. Arquata, which derives from the latin Arx, (arx, Arcis), or fortress, fortified settlement or fortified hill; del Tronto, in reference to the homonymous river that flows close to the resort. The first certain news and documented on Arquata are found in the period of the high middle ages when, in the VI century, was defined Summantina Land. Further and subsequent historical reference is provided by the invasion of the longobard people who came up to Spelonga, where perhaps there was a castrum. It returns the citation in the chronicle of the journey undertaken by Carlo Magno that, in 800, he crossed these places to go to Rome on the occasion of his coronation. In the XIII century the city of Ascoli, with the contribution of Amatrice and Castel Trione, built the fortress on the top of the cliff to the north of the country and, from this moment, the history of Arquata you will confound and will overlap with that of its Fortress, bitter bone of contention between norcini and ascolani for about three centuries. In the year 1215, it recalls the visit of Saint Francis of Assisi, who has come here in its apostolic mission. In the Statute of Arquata 1574 we read one of the sentences are more notes linked to this common: "that any not part from the land of Arquata and its countryside without the will to return to it". Among the events that occurred in the country of Arquata should remember the arrival and accommodation of Giuseppe Garibaldi, in the year 1849, that here stood when went to Rome.

A violent earthquake on the night of 24 August 2016 struck the area of Accumoli and Amatrice, causing serious damage even in Arquata.

Find where to sleep in Arquata del Tronto

Night of the Mysteries

To the Court of the Queen

Our news about Arquata del Tronto

Marche Dream: 5 villages to taste through their typical dishes
Set like a gem in the heart of Italy, the small region of Marche attracts visitors with its unspoilt landscapes: wandering through its rolling hills, discovering its medieval villages and reaching the crystal clear waters of its beaches is a pleasure for body and mind. And what about the local cuisine? Simple and tasty, it reflects the soul of this region and is an integral part of the holiday.In this article we will savour 5 charming villages in the Marche region through their typical dishes. The journey starts from the beaut...
Continue
Recipe: Olive ascolane, picene land to taste
Before becoming a symbol of carefree family life, the Ascolan olive is above all a DOP banner, specifically from the province of Ascoli Piceno. And the history of the Ascolan olives is very ancient, dating back to ancient Rome, when the olives - for their nutritional properties - constituted the daily meal of the Roman legionaries and were the object of the attention of authors - and estimators - who wrote about it. Among these stand out Cato, Varrone, Marziale and Petronio which, in the "Satyricon", places them on the famous tables of "T...
Continue