Share
Offida, an ancient village enclosed by the 15th century castle walls, is included among the most beautiful villages in Italy. Located on a rocky outcrop, between the valleys of the Tesino and Tronto, it is known for the laborious and patient art of delicate bobbin lace, an ancient tradition, to which a museum is dedicated inside the nineteenth-century De Castellotti palace. 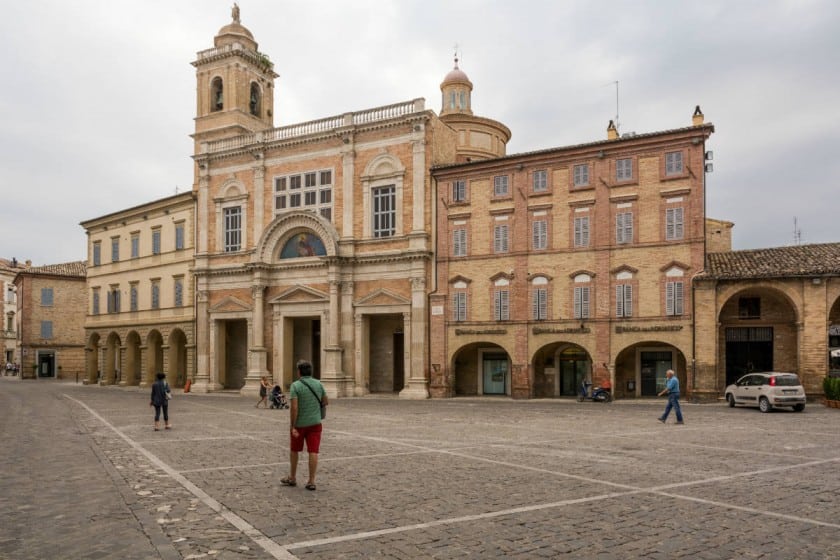 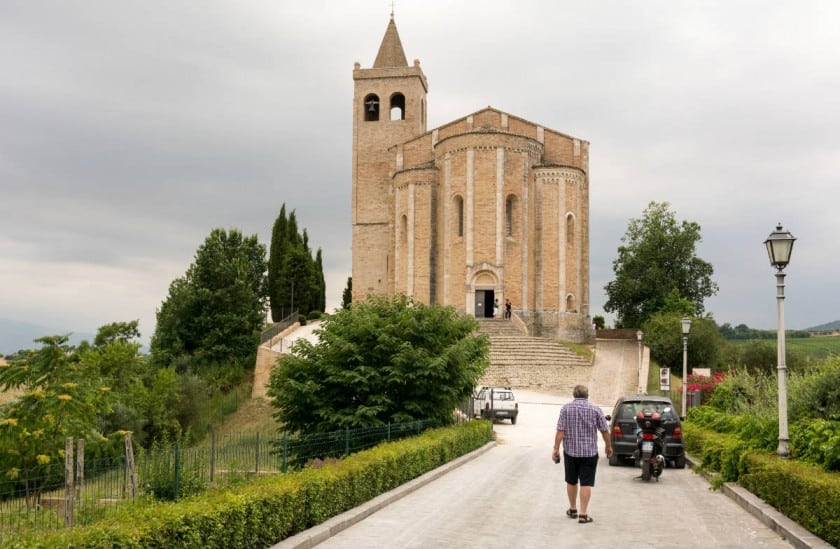 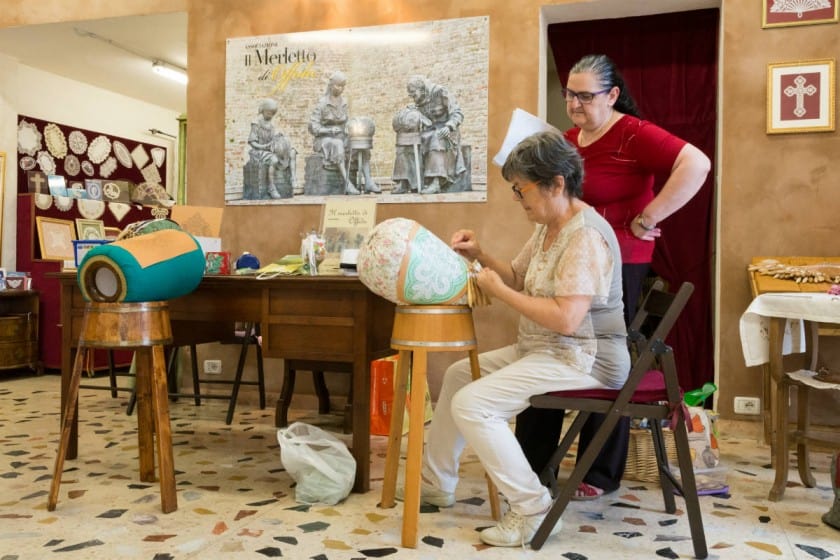 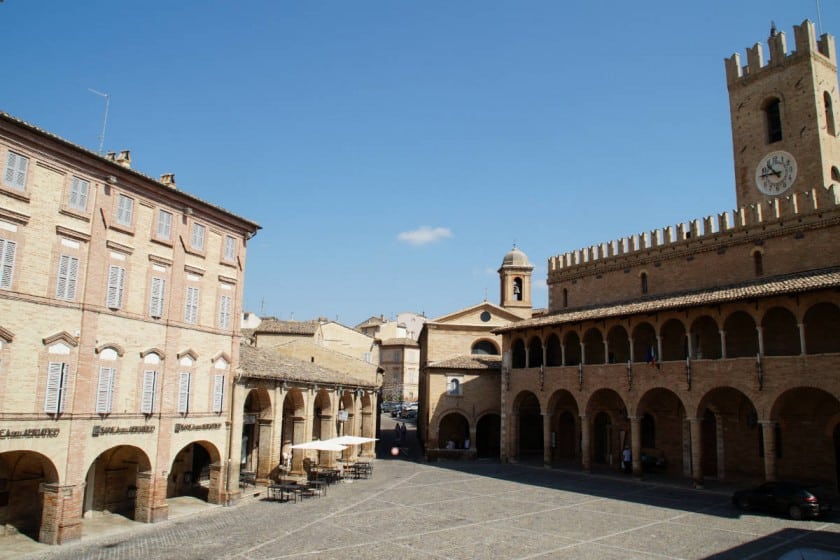 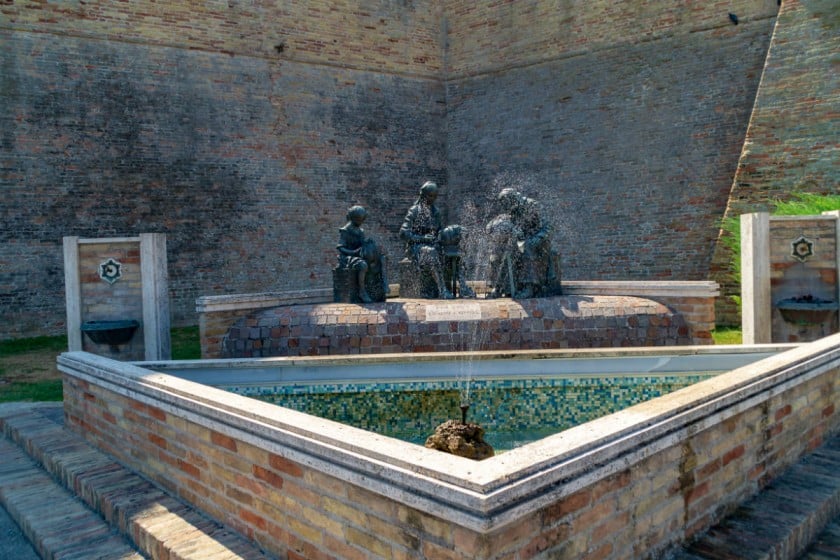 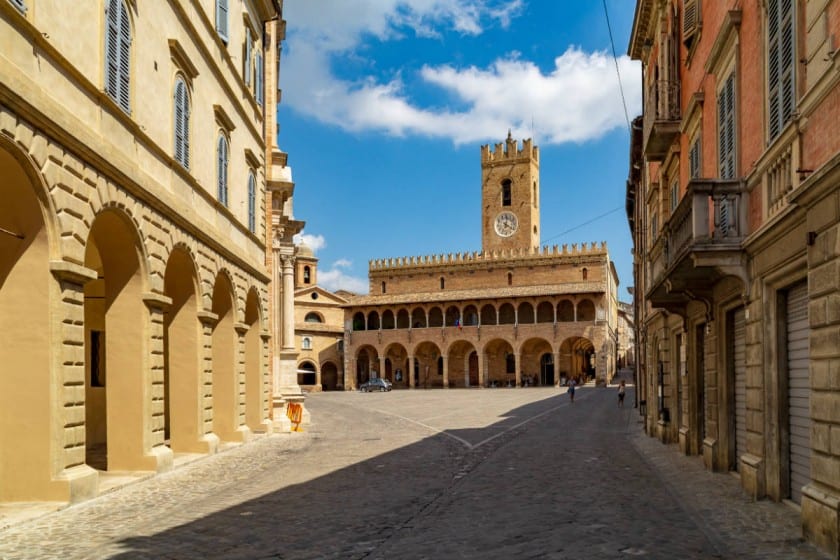 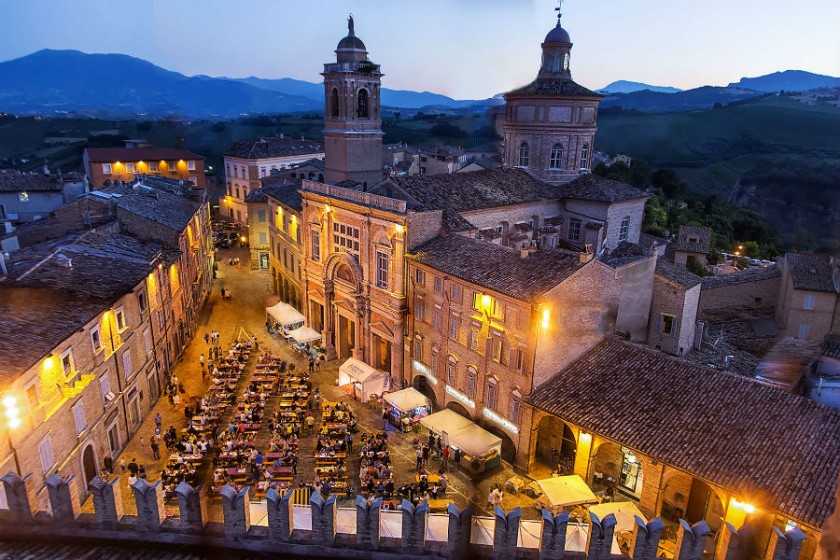 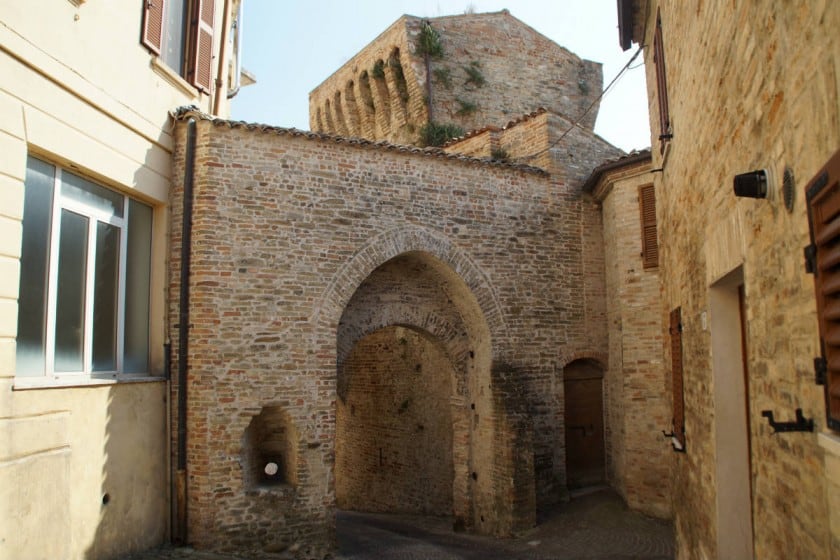 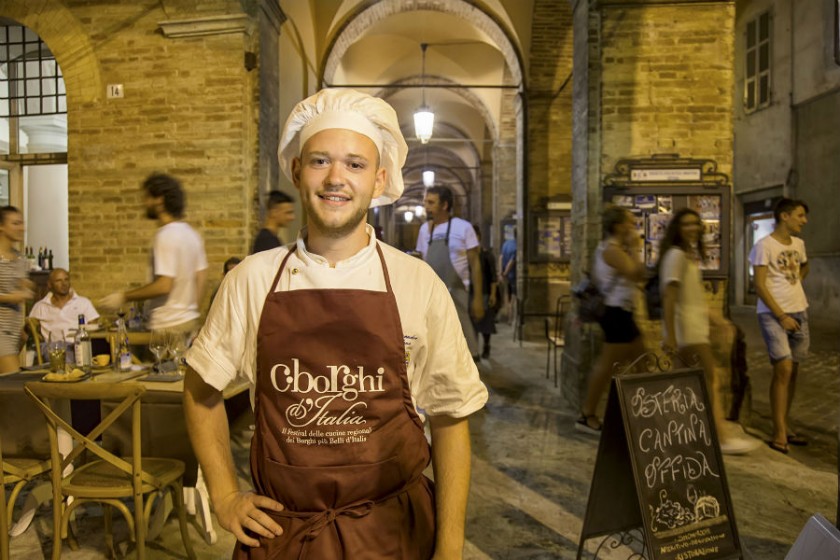 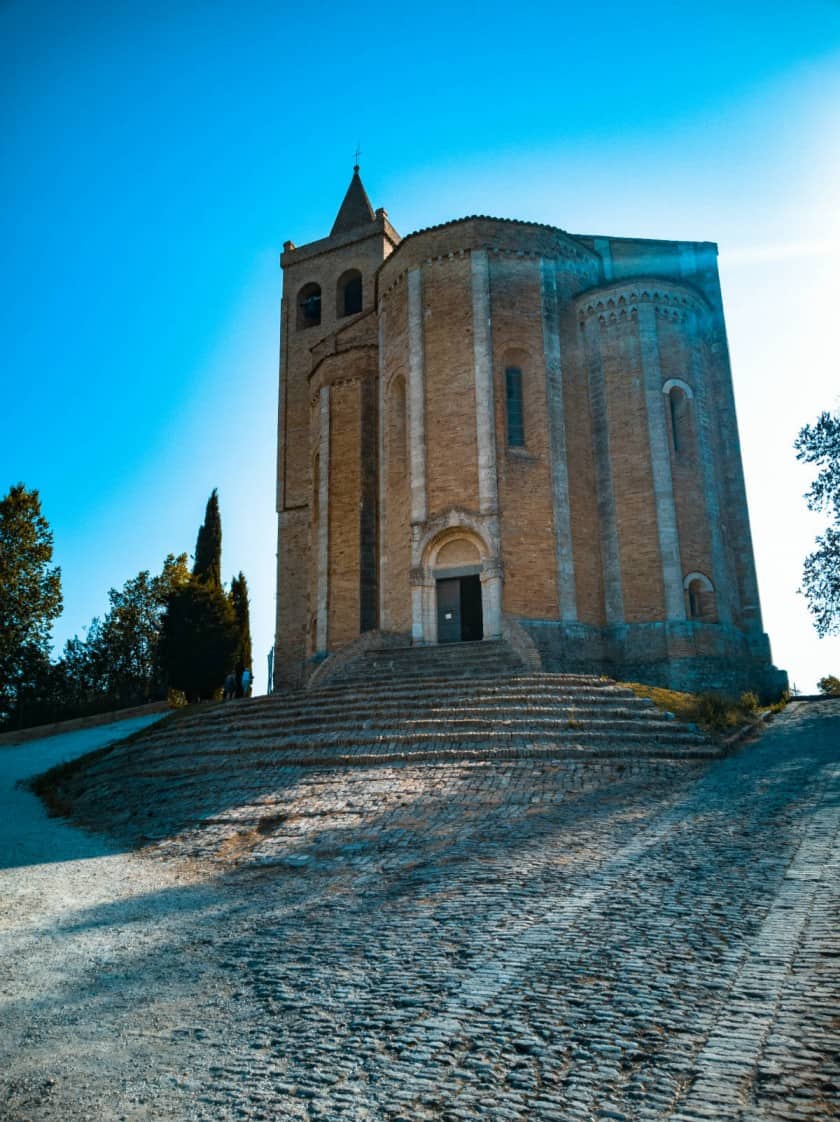 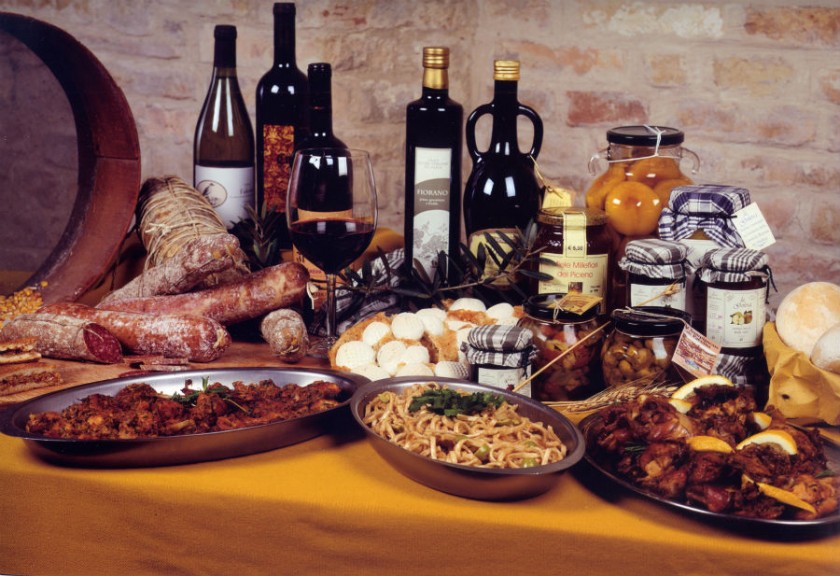 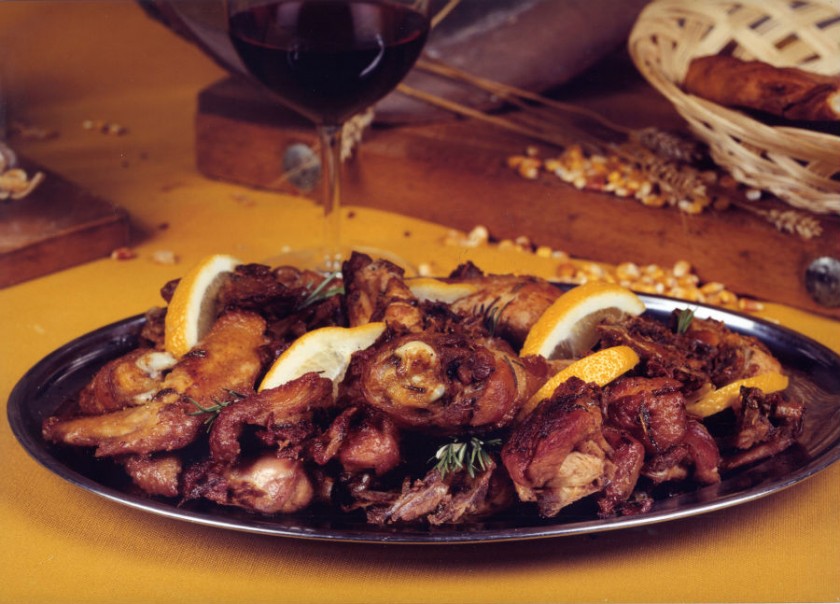 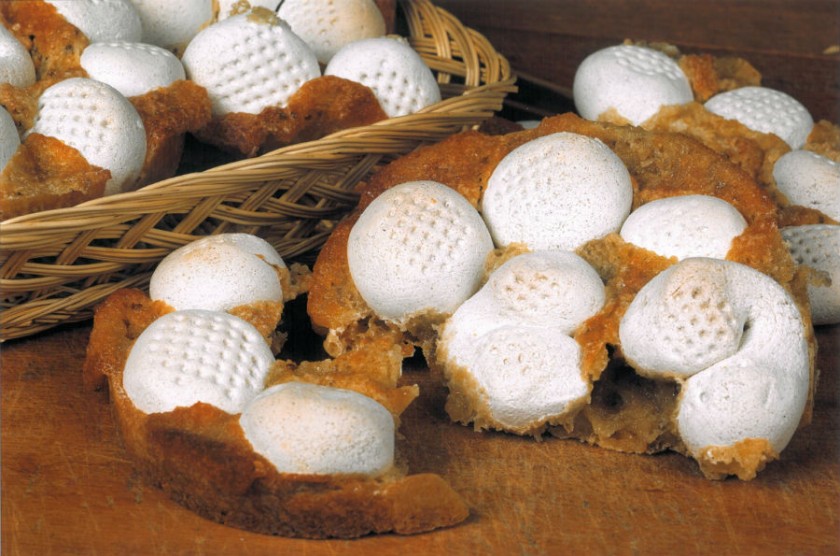 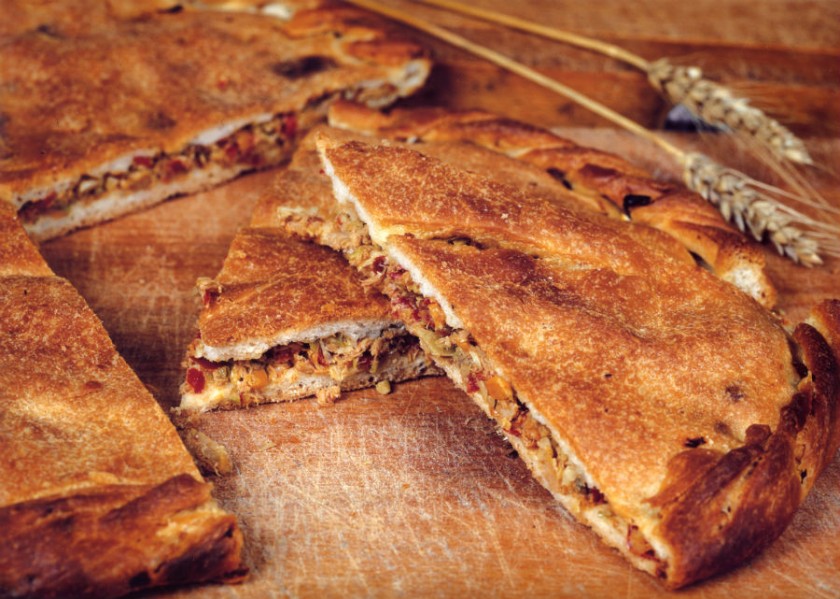 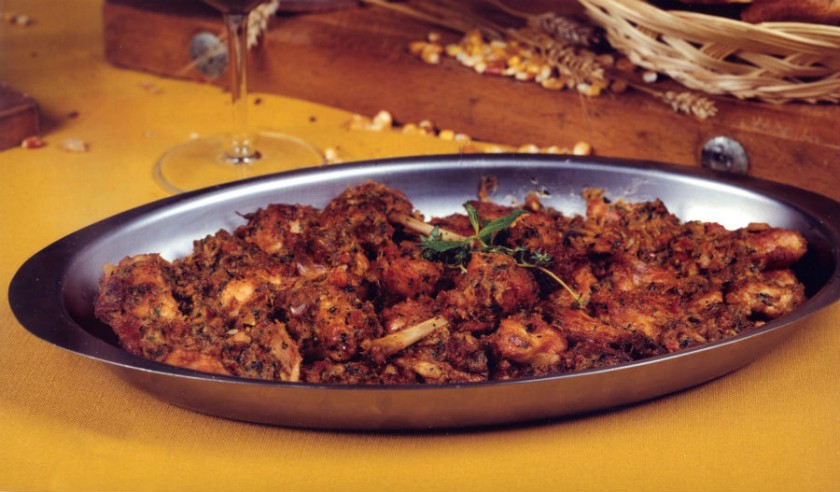 The village of Offida is placed entirely between the valleys of the river Tesino (north) and the river Tronto (south). The inhabited center owes its irregular plan to the rocky hill on which it stands, cut by two branches sorgentizi torrente Blade, tributary to the left of the Tronto.

Rather discussed are the origins of Offida. The same toponym is subject to various interpretations and does not help to form an idea certain on how it is risen the inhabited center. In offidano territory are present picene tombs (VII-V century B.C.) and Roman ruins, but there is no historical trace certain until 578 A.D. when the ascolani fleeing to the Longobard invasion founded several castles in colli piceni, including Offida. The 1039 dates from the first historical evidence certain, when Longino d'Azone cedes to the Abbey of Farfa castle Ophida.

The village of Offida is characterized for the remains of its medieval walls, while the sixteenth-century fortress remain a portion of wall and two cylindrical towers. Of notable interest is the church of Santa Maria della Rocca, with its suggetiva position, the monastery of San Marco, the Collegiate Church and the Santurario of Saint Bernard.

From the point of view of cultural traditions Offida is famous for its carnival and for the art of Bobbin Lace. The Carnival, of ancient origins, is characterized by events very original, which derive their origin probably from the Roman Saturnalia. The historical testimonies we have starting from the Sixteenth Century, when the Carnival has its maximum splendour in big cities such as Rome and Venice. The main events that characterize today carnival offidano are essentially two: the bove fake and vlurd. The art of bobbin lace, from the latin tumulus i.e. tumolo is a tradition that has been handed down for at least five centuries from mother to daughter. To provide manually the precious lace it only takes a few tools: a tombolo, i.e. a roller along approximately 30 centimeters and the diameter of 20 cm; a prebend, from latin prae habere, keep in front, so call still in dialect, i.e. the reggitombolo three feet, wire, spillini of silvered brass and several pairs of bobbins. The first historical evidence of the use of the Tombolo with bobbins for the realization of precious laces, date back to the Sixteenth Century, but some pictorial works, together with other traces, let us think that the tradition was already firmly at least two centuries before. In 1600 the lace offidano was famous for the sophistication and quality. The establishment of a lace school dates back to 1910, but it was not a happy experience for the cultural resistance according to which were mothers to having to teach their daughters the art of working in Tombolo. Do not miss a visit to the museum dedicated to this ancient art.

In addition to the Rosso Piceno and the Offida Pecorino DOC, Offida is famous for some culinary specialities. In particular note are the "entertainment", while has recently been rediscovered and relaunched with a special feast another skill feature: the "chichì filling". The first are a sweet and have cupcakes roundish irregular, on which emerge of white shapes, similar to the chapels of mushrooms, Hard and hollow inside. The ingredients are flour, water, sugar, egg white and aniseed which confer the characteristic flavor. A sweet poor and ancient that it keeps for a long time and regains softness if it is heated. Chichì filling, instead, is a loaf, or more properly a "crushed" in bread dough thin, round and flat, is traditionally filled with tuna, anchovies, capers and chopped peppers.

Village of Offida
Municipality of Offida

Via Corso - 63076 , Monteprandone (Ascoli Piceno)
11.60 Kilometers from Offida
= distances as the crow flies

Find where to sleep in Offida

Via Ballestra 69 - 63066, Grottammare (Ascoli Piceno)
15.54 Kilometers from Offida
B&B Villa Paola
Near the upper village, Vecchio Incasato, there are simple and spacious rooms.

Via Cagliata 4 - 63066, Grottammare (Ascoli Piceno)
15.58 Kilometers from Offida
Hotel Paradiso
Hotel Paradiso is a 3-star hotel overlooking the seafront, not far from the nearby lively city of...

Lungomare De Gasperi 60 , Grottammare (Ascoli Piceno)
15.77 Kilometers from Offida
Hotel Paradiso
Hotel Paradiso is a 3-star hotel overlooking the seafront, not far from the nearby lively city of...

Via Marche 2 - 63066, Grottammare (Ascoli Piceno)
15.28 Kilometers from Offida
B&B Villa Paola
Near the upper village, Vecchio Incasato, there are simple and spacious rooms.

Journey to the Marche, among villages and shops
Slow tourism, the one that goes to the discovery of destinations, savoring the details and the genuineness of the genius loci with all five senses, finds in the Marche infinite and fascinating itineraries to follow, uncontaminated landscapes of rare beauty in which to get lost without the hassle of timetable, scenic historic villages that seem suspended in time. And among alleys and streets that invite you to slow down, visitors can only let t...
Continue
Recipe: the Chichì Ripieno
The Chichì Ripieno is typical of the town of Offida in the Ascoli area. It is a very simple stuffed focaccia to make at home, using the bread or pizza dough and spreading it thinly. Very tasty and tasty, it is stuffed with tuna, anchovies, capers and peppers. It is particularly suitable for all snacks or to accompany typical aperitifs and appetizers.The name "Chichì", in the local dialect, means "pizza" and at one time, when women waited for homemade bread, they gave their children "lu chichì", a piece of pasta ...
Continue
Recipe: Olive ascolane, picene land to taste
Before becoming a symbol of carefree family life, the Ascolan olive is above all a DOP banner, specifically from the province of Ascoli Piceno. And the history of the Ascolan olives is very ancient, dating back to ancient Rome, when the olives - for their nutritional properties - constituted the daily meal of the Roman legionaries and were the object of the attention of authors - and estimators - who wrote about it. Among these stand out Cato, Varrone, Marziale and Petronio which, in the "Satyricon", places them on the famous tables of "T...
Continue
Offida craftsmanship: the renowned Tombolo Lace
Telling craftmanships is a fact to be taken very seriously. Yes, because behind the many fabrics, glasses, metals and so on, there are hidden stories of respect for the best materials and traditions. Much attention is needed to detail, dedication and hard work. When the product is finished, the artwork becomes communicative: it is able to tell a story about a specific territory and its people. Today we talk about the tombolo lace from the village of Offida, in Marche. A BI...
Continue