Delicacies from the Northern and Southern parks

A food and wine route that seduces the taste buds, discovering the best parks in Italy 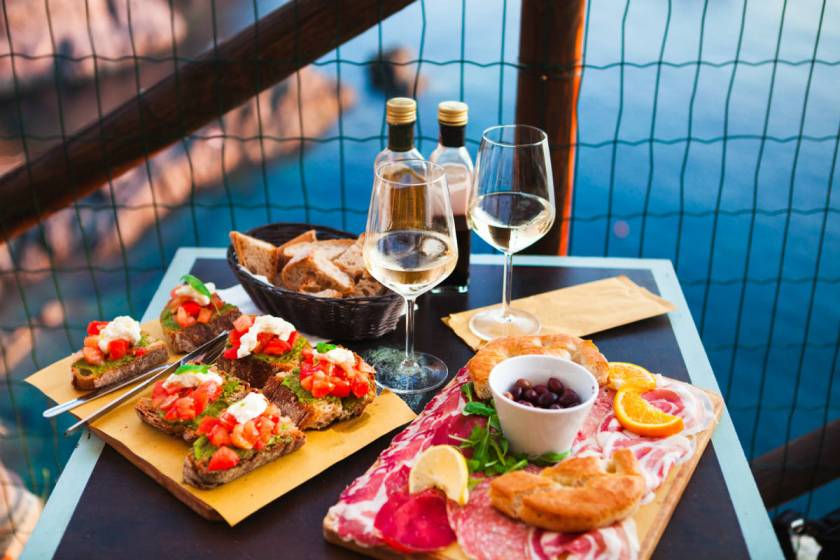 Thick forests, stony ground, lakes and bogs then mule tracks, pastures, valleys and amazing landscapes often with a sea view. The quantity and variety of the Italian parks are unique. One life is not enough to know them well and the same goes for the food specialities you can taste in the villages that are spread around them. There’s nothing better than ending an enjoyable excursion by tasting the local food and buying the best products in the local tiny shops. We haven’t decided to describe a tasting route in this pages by chance. We aim at helping our readers to discover the specialties that really deserve to be taken home after an excursion or a holiday. 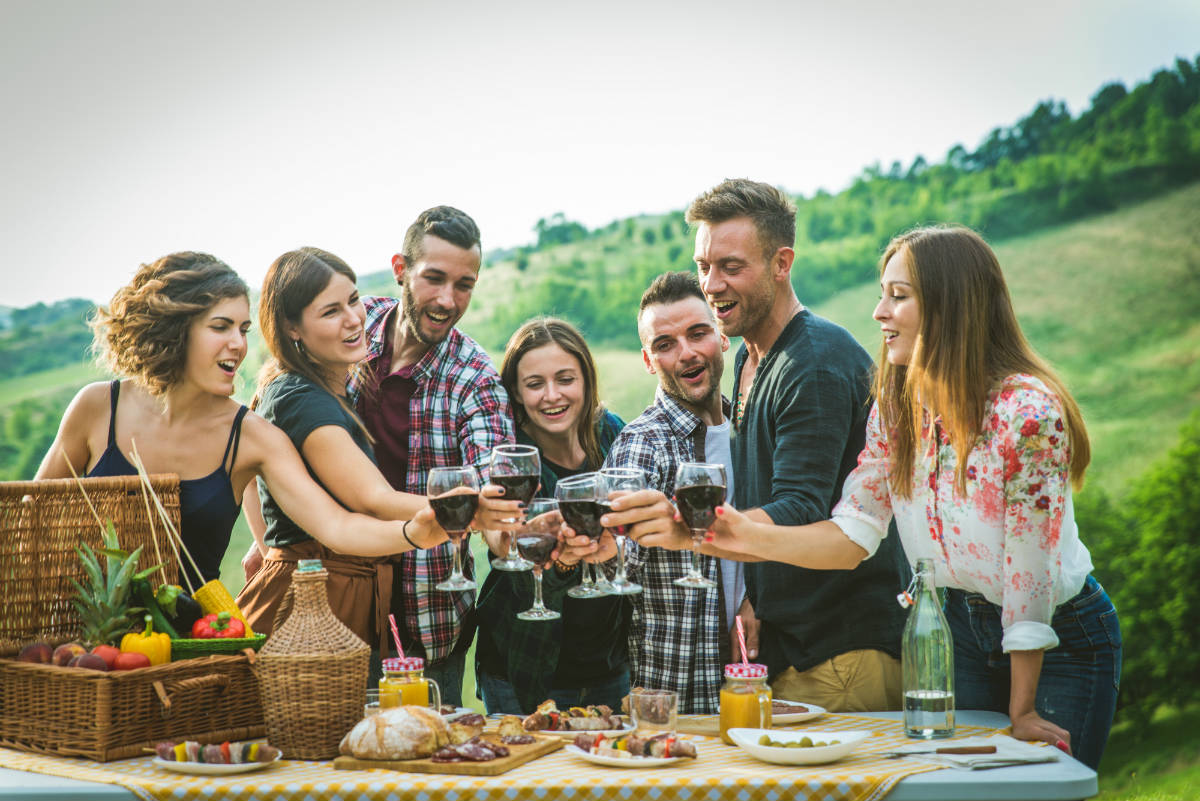 A tasty heaven
Let’s start from the North, from Gran Paradiso, the beloved hunting reserve of the Savoia family, they ironically saved the ibex from extinction in order to deprive the inhabitants of the valley of the local wild animals to keep them for their hunting passion. The two specialities from Valle d’Aosta we are mentioning are two types of sausages, the mocetta and the boudin. The first one, also called “motzetta” is similar to bresaola and it was once made by using the ibex flavoured with garlic, aromatic herbs, salt and pepper. They still use the same technique but the main ingredient is the farmed meat: bucks, sheep and cattle. The second one was originally a very nutritious blood sausage that was made by mixing the pork’s or the roar’s blood with potatoes, the beet, the lard, the nutmeg, the juniper berries and the perfumed herbs and it was either cooked or raw. The recipe passed on to generations and it has been changed in order to comply with the food laws. It is now a spicy violet sausage made of beet. 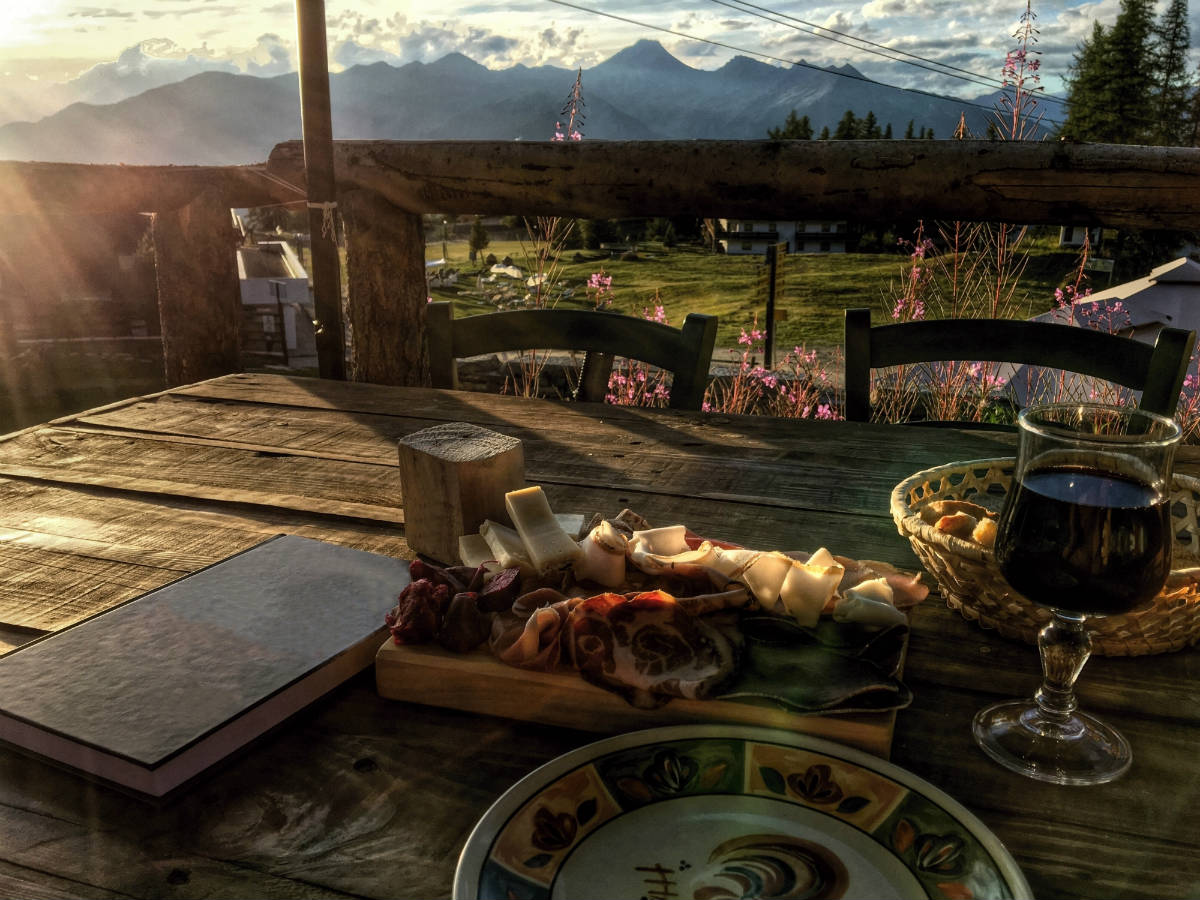 In the core of taste
Before moving to the centre of Italy let’s have a walk in the park of Cinque Terre along the terraces that connect the villages of Riomaggiore, Manarola, Corniglia, Vernazza and Monterosso. Our basket will certainly contain the anchovies from Monterosso, so simple yet so liked. They are made in Summer: the anchovies are gutted and covered in salt and arranged in layers in the chestnut barrels or pottery vases. After the seasoning they are put into the jars and they are ready to be tasted. Which is the best way to taste them? On toasted bread with a bit of butter while sipping the white wine of Cinque Terre mainly the Sciacchetrà although the wine waiters suggest it as a wine for desserts. It’s really smart, it’s a raisin wine that is produced from grapes that are cultivated on the hills where the soil has been taken from the rocks and the stones. 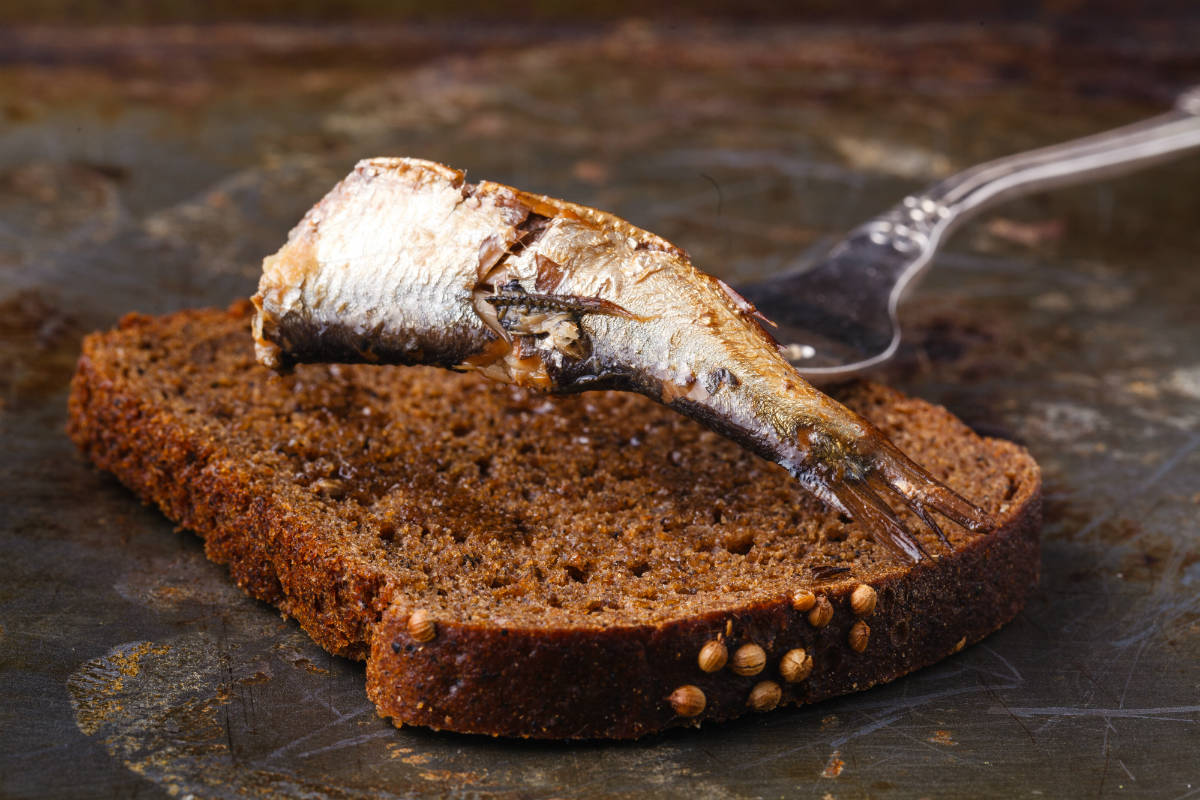 Icons of tastes
The park of Gran Sasso is the right place if you love cheese. Three or four products can’t miss on the breadboard to highlight these wonderful tastes: the caciotta cheese from the Mounts of Laga in the surroundings of Accumuli and Amatrice then the pecorino cheese from Farindola, a cheese that has the taste of the forest, of the grass and the hay. Which is its peculiarity? It’s made according to an old recipe that implies the use of pigs’ rennet. The marcetto cheese is good too, it is flavoured with the worms from the area of Castel del Monte. Honey is the best topping for this kind of cheese, the best ones are made from one single type of flower that grow in the mountains near Santoreggia and Stregonia. Moving towards the South the Pollino park is our last protagonist with its typical “biscotto a otto di Latronico”. It is not a dessert, it’s made of the flour from the Carosella wheat, some water and some salt: it’s a “scaldatello” (a bit warmed up), it is put into the hot water then it is baked. It has a symbolic shape that reminds the infinite and it was traditionally served at the end of the meal dipped into the wine. 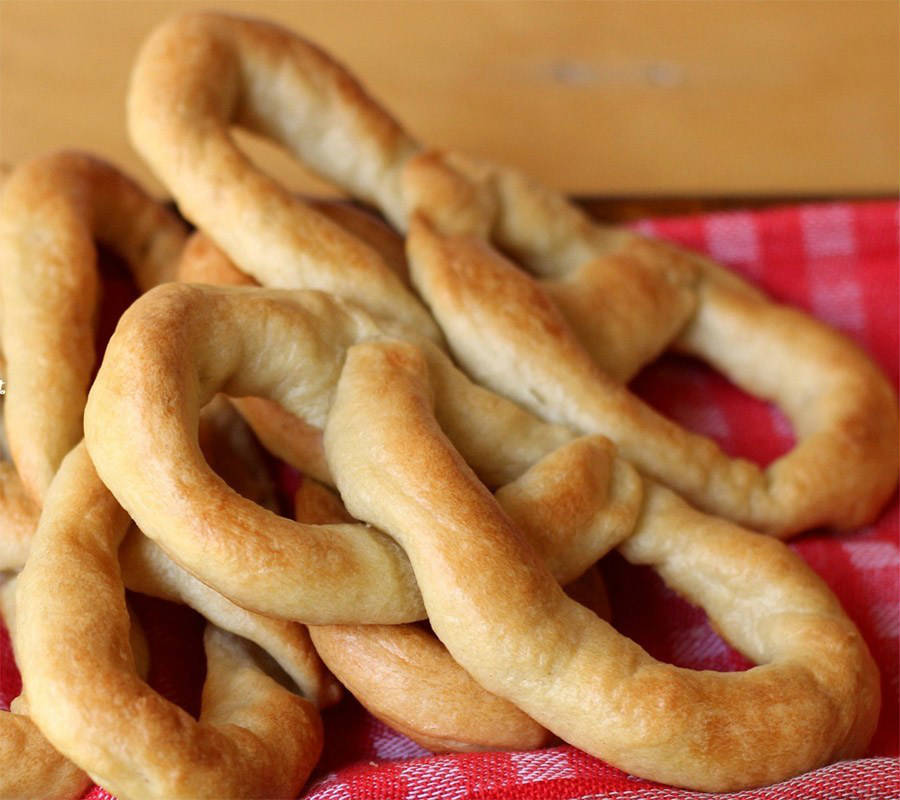