The 'Pitta 'mpigliata' of San Giovanni in Fiore

Spread throughout Calabria in different forms and with different ingredients, this rose-shaped cake is typical of San Giovanni in Fiore, a village in the province of Cosenza. 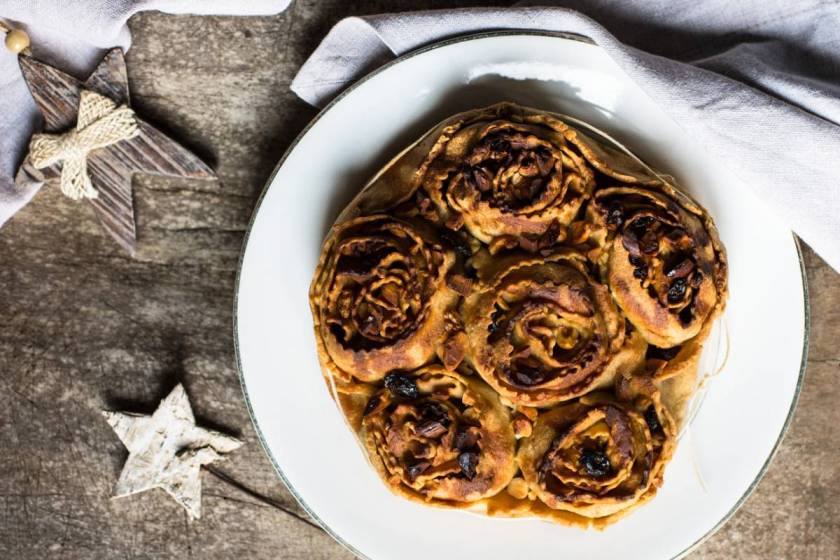 There is no town or village in Italy that does not boast its own speciality or typical dish, and it is precisely this that makes Italy's gastronomic heritage varied and inimitable. At Christmas, sweets are the master, and among these, we cannot fail to mention the Pitta 'mpigliata. Although it can be found throughout Calabria in different forms and with different ingredients, this rose-shaped cake is typical of San Giovanni in Fiore, a village in the province of Cosenza: it was here, in the heart of the Sila National Park, that the world's largest Pitta 'mpigliata, 130 metres long, was prepared in 2009.

Pitta 'mpigliata', from wedding gift to offering to the gods

The origins of Pitta 'mpigliata blend history and legend: the name 'pitta' in fact refers to the Greek picta, which means decorated, painted. It is said that in Magna Graecia, this cake was offered to the gods during pagan celebrations: the legend tells of the young warrior Diodorus who, guilty of not returning Athena's advances, was locked up in a labyrinth. Only his beloved Diomira, transformed into a snail by Aphrodite, managed to free him with the complicity of a shell that protected the two lovers until they left the labyrinth. Diodorus and Diomira are said to have invented the pitta, to thank the goddess Aphrodite for her precious help.
With the advent of Christianity and the birth of the first churches, Pitta 'mpigliata began to be offered in honour of the Virgin Mary, so much so that it is also called Pitta della Madonna in Calabria.
From a historical point of view, the first document to mention Pitta 'mpigliata is a sort of premarital contract drawn up in 1728 between two future spouses, in which the groom's family is asked to prepare a Pitta 'mpigliata well in advance. This confirms that, in Calabria in the 1700s, 'Pitta 'mpigliata' was a traditional wedding dish: it had to be prepared at least two days in advance, to allow the many ingredients to mix together.

How to make pitta 'mpigliata

Pitta 'mpigliata, for which an application has been made to obtain the 'Protected Designation of Origin', requires many ingredients for its preparation, but the result is really tasty.

First of all, heat all the liquids with the sugar and salt in a small saucepan, adding each one slowly. Once everything has cooled down, it is time to knead it with the sifted flour until a homogeneous dough is obtained, which is then divided into two parts and left to rise in a warm place for at least 1 hour.
Roll out both loaves of dough quite thinly into discs, one of which must be divided into many rectangles, taking care to raise the edges of the same: in this way you get boats to fill with the filling.

After mixing all the ingredients for the filling, fill the previously prepared pastry boats and then roll them up into small rosettes.
On a baking tray covered with greaseproof paper, place the whole disc of pastry with the filled rosettes on top, arranged in a concentric pattern. After lifting the edges of the lower disc, creating a sort of container and sprinkling with sugar, bake for 30-40 minutes at 180°.
It is advisable to eat the Pitta 'mpigliata after a couple of days because, being a dry Christmas cake, it needs time to release all the aromas in the mouth.

Via A. Gramsci 195, San Giovanni in Fiore

What to see in San Giovanni in Fiore

Abbazia Florense
More...
are you an Italian villages lover?
Join our Community
and share you experiences!