Thanks to the sea that surrounds our Italy, several specialties of seafood gastronomy are born 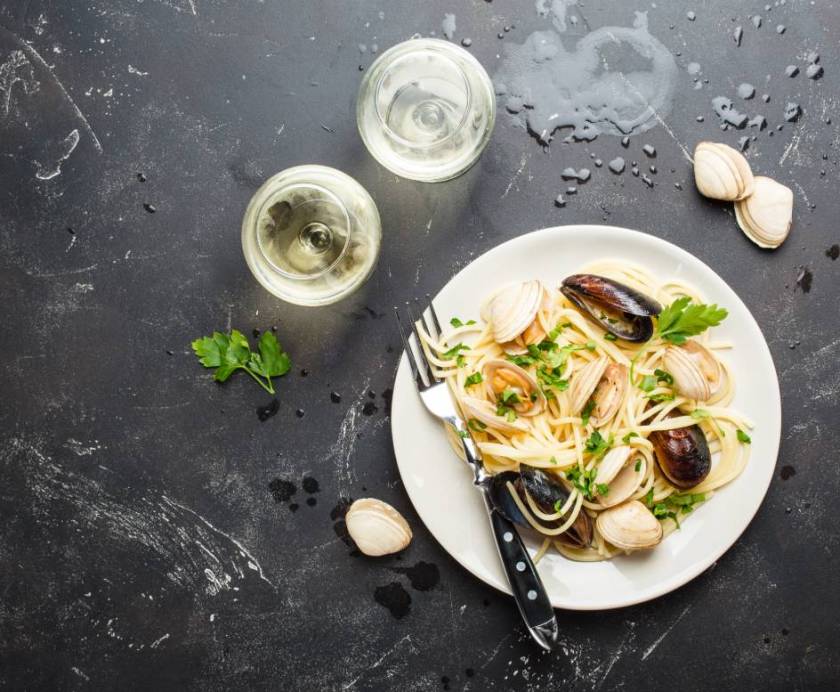 Blue sea, light blue Italy. Not only on the football pitches. In our country which is kissed by the waves of the sea the food specialities from the sea offer a wide range of tastes that share the touch of salted water. Starting with the anchovies that become a gourmet dressing even by using their “scrap liquids”: we are talking about the dripping of the anchovies, a Slow Food product of the charming village of Cetara along the Amalfi coast. You get it from the liquid that is produced when you cover the anchovies with the salt and it is used to give a sea touch to many recipes like the spaghetti with the garlic, the oil and the chili pepper. The cicciarelli are light blue as well and the zerri from Noli where its old fishers’ cooperative is still active in Liguria are blue too. Fishers face the sea every day on their traditional boats called gozzi to do the “little fishing in the gulf of Noli” then they sell the fish on the sea shore. This type of traditional fishing that used the sciabica fishing net has been stopped and the fishing is now focused on different techniques and it is also aimed at fishing other types of fish like the zerri, a traditional food product that is usually pickled. The Fifth Maritime Republic is celebrated in June in its Medieval costumes: it’s a food festival that lasts three days and the fishers generally offer the fried fish to the locals and the tourists. 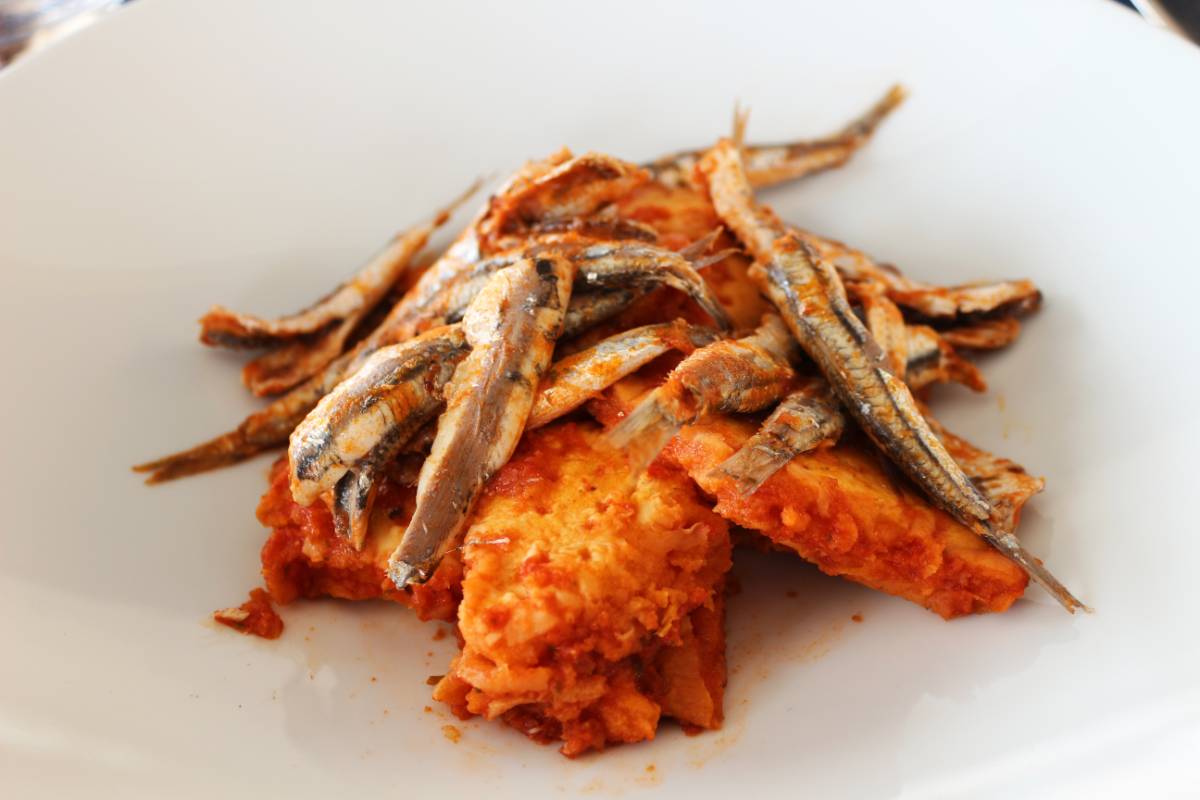 Tasting islands
The bluefish follows the seasons so in Lampedusa, the island within the island, they keep it covered in the olive oil and in the Mediterranean flavours: the chilli pepper, the garlic, the basil, the oregano, the fennel or the typical capers cream. In our issue dedicated to the sea we couldn’t help giving voice to our islands and their villages with their feet in the water and their hair of waves. Let’s move to the opposite side of the Country in the North on an island that is shaped by its amazing historical village: Burano, few stops from san Marco Square by ferry. In April and May in the lagoon the small green crabs leave their shelters, their shell and wander around “naked”, soft and tender waiting for a bigger shelter. So the expert fishers called the “moecante” catch them then they select the ones that are almost ready for their moulting and put them into the wooden boxes covered in salted water until they become “moeche”. It is a precious food that it’s perfect when it’s fried. The second moulting occurs in Autumn while at the end of Summer the female moeche are filled with eggs, the coral and they become “masanete": they are boiled and seasoned with the oil, the lemon and they are served with the typical white polenta. 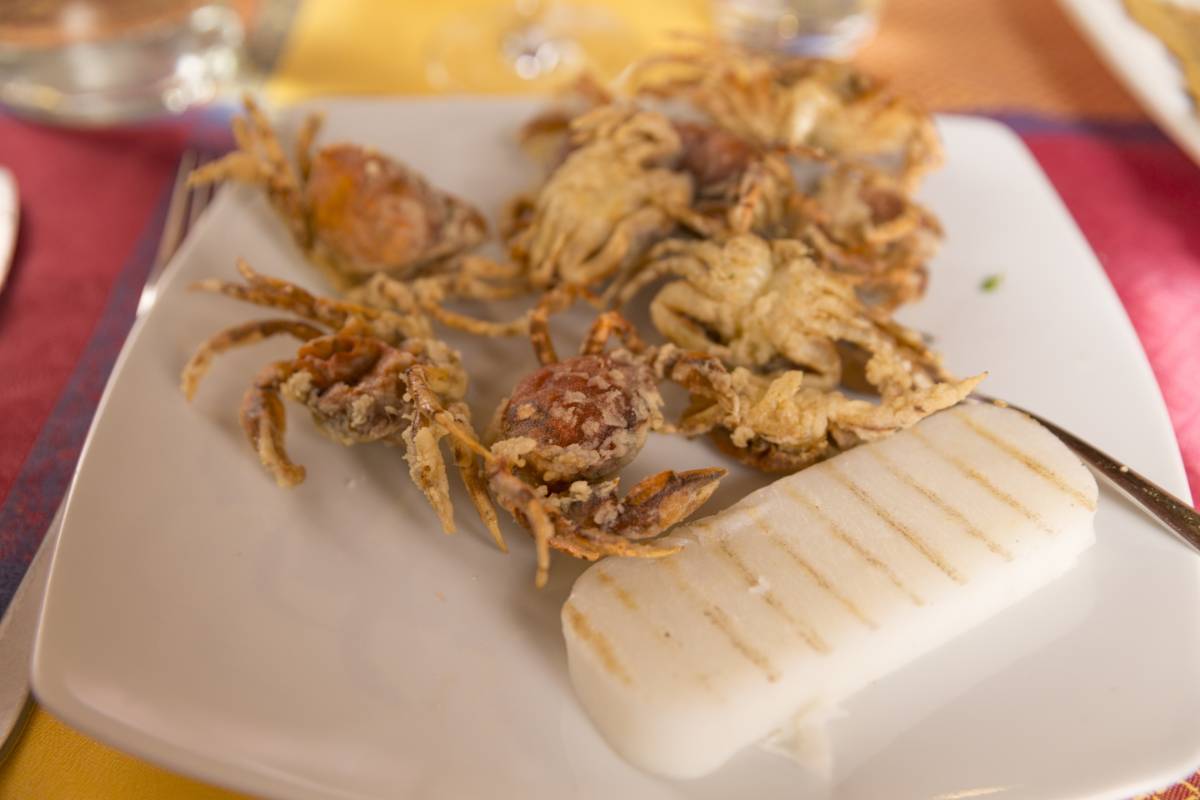 Ponds, cottonwoods and gourmet specialties
Ball in the centre: Sardinia. Cabras is a unique charming island that mirrors itself into the water of the pond full of fish that is what pears are for the farmers: the mentioned fish is the mullet. It is caught from May to September by using the “su pezzu”, a fishing net that is still measured by counting the steps. The bottarga comes from the female ovarian pockets of the mullet, it has an amber colour and it has been a top sea seasoning for three thousand years. The ones from Cabras that belong to the slow food organization are recognizable from a “nail” that is a piece of silver skin that is still attached to the two edges of their pockets. Let’s finally reach Molise specifically Termoli with its ancient village overlooking the sea. The dried mullets is the main specialty there, they don’t have to be longer than 5-6 centimetres. They must be manually gutted then they must be drained on wide canna baskets then they are laid on the wood in the sun. Afterwards they are collected and put into the poplar wooden boxes that are manually woven and they are finally hung under the roofs of the houses. 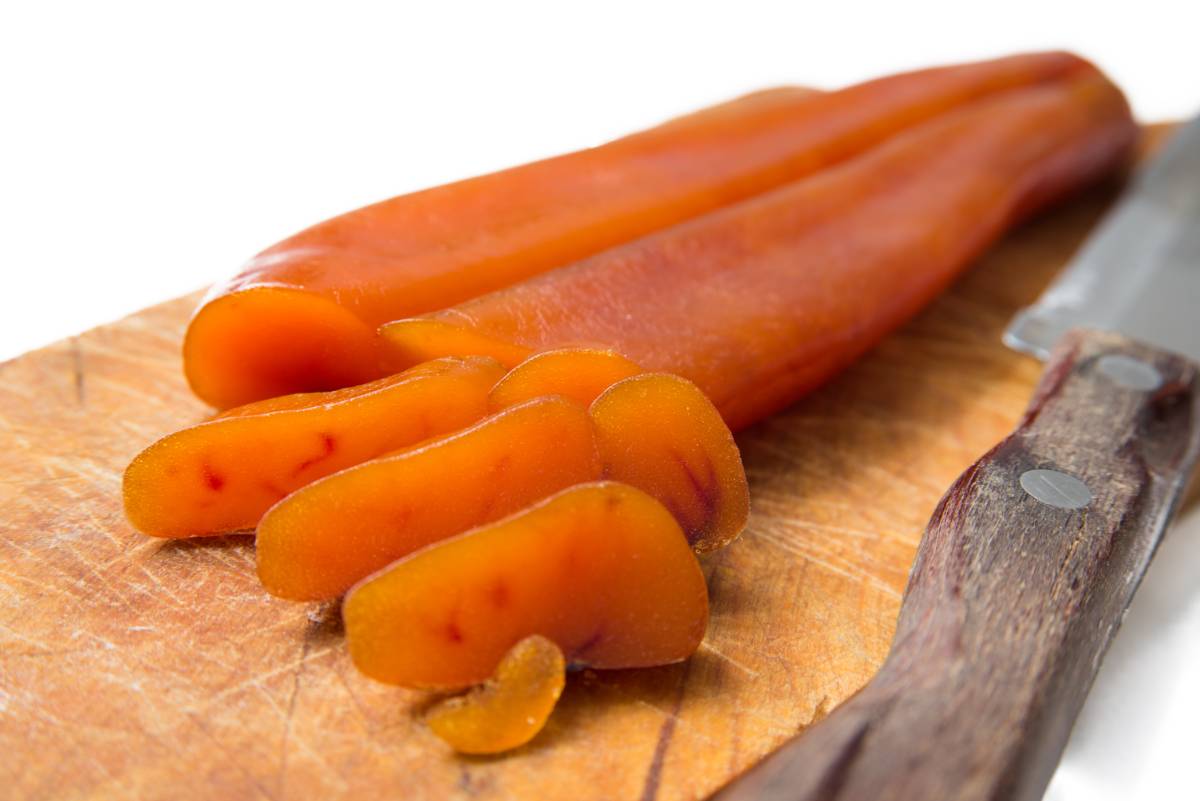 Balata Bianca Charming Rooms
An elegant design accommodation in Lampedusa, cared for in every detail by its owners.

Via Francesco Riso, 38 – 92031, Lampedusa
Cetara Albergo Diffuso
Just a few minutes from Salerno, at the gateway to the magnificent Amalfi Coast, the Albergo Diff...

Piazza Martiri Ungheresi n. 14/16 - 84010 , Cetara
Puesta de Sol Residence
Puesta de Sol, in Cala Palme, is the ideal choice for those who want to enjoy every moment of the...

Via Lungomare Luigi Rizzo, 113 - 92010, Lampedusa
Hotel Capo Noli
In a strategic position, directly on the sea, overlooking the natural Gulf of Noli, the Hotel Cap...

Via Aurelia, 52 -17026, Noli
Restaurant Controcorrente
The elegant bourg of Noli (Liguria) is enriched by this high-quality culinary offer. The restaura...

Piazza Roma, 1 - 17026, Noli
Pasticceria Scalvini
The choice of prime ingredients and the faithfulness to the best recipes of the bakery tradition...

What to see in Noli

Mount Ursino Castle
Church of San Paragorio
More...
are you an Italian villages lover?
Join our Community
and share you experiences!