Where to shop in Suvereto, Livorno, Tuscany 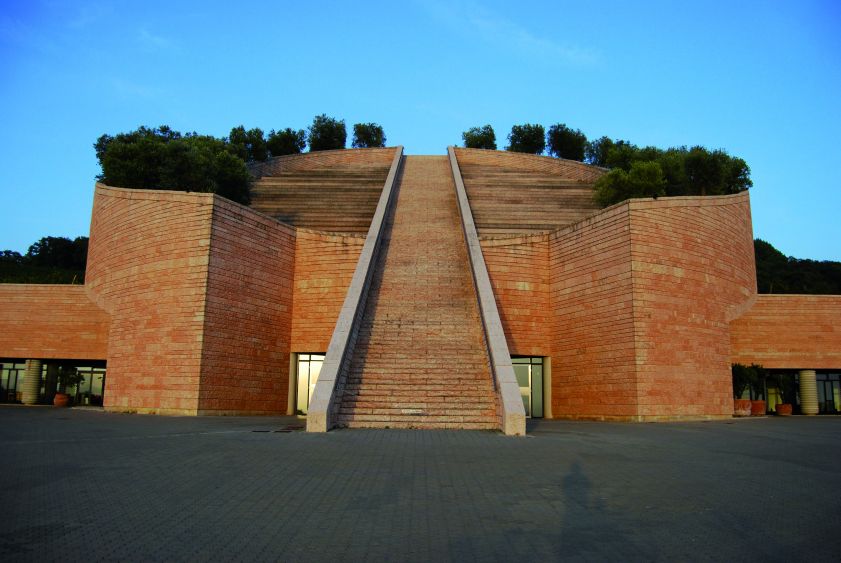 Close to the ancient village of Suvereto, on the ferrous hills of the Val di Cornia where you can see as far as the Tyrrhenian Sea, the magic of Petra is continuously caressed by winds that revive vine-growing and oenological memories dating back to the Greeks and the Etruscans. Something so modern and functional is, at the same time, a deep-rooted tradition that loses itself among the lines of a story. It is the underlying strata – of the earth, of men, of their uninterrupted tale – that Petra reveals. With its verticality it penetrates the secret that lies beneath, going beyond it, crossing it, understanding it, and making it its own. The modern company, shiny and functional, becomes the land, leaving itself in its hands and in letting itself go elevates and revitalises it, a Paradise Lost revived, an allusion and a reference to something deeper than the land itself.