Where to shop in Zungoli, Avellino, Campania 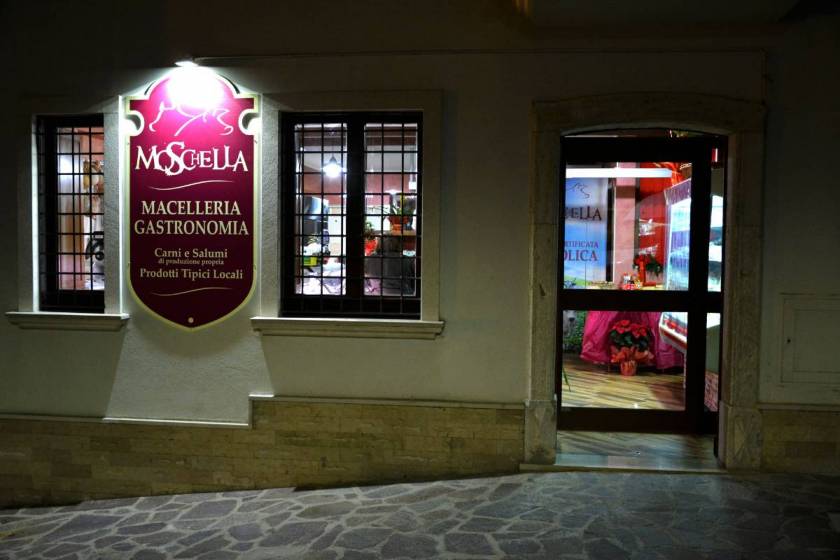 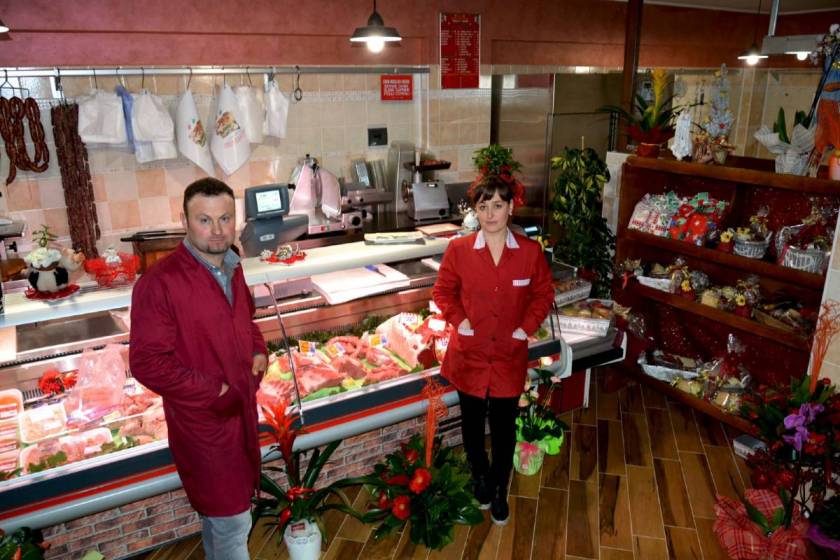 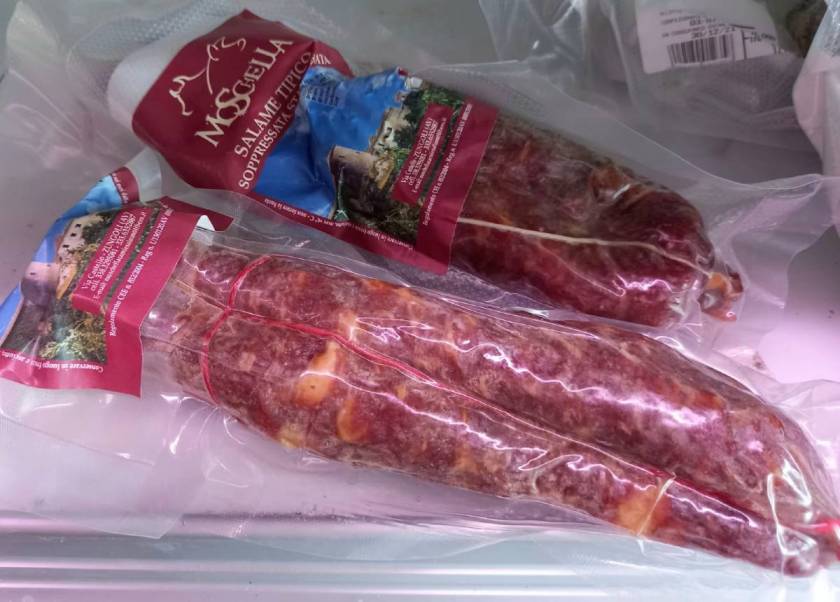 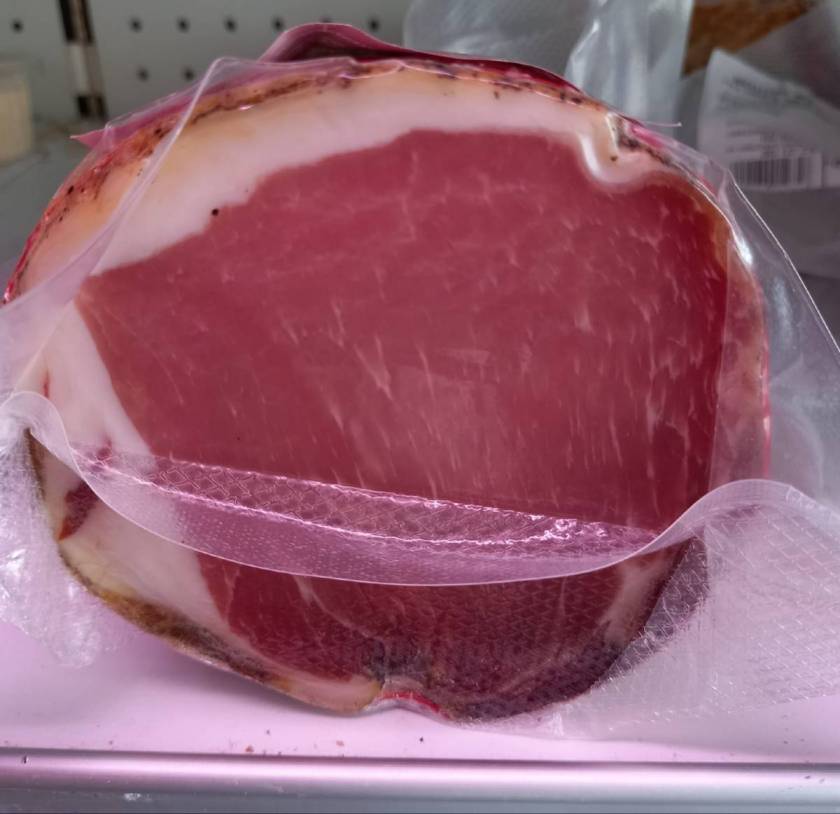 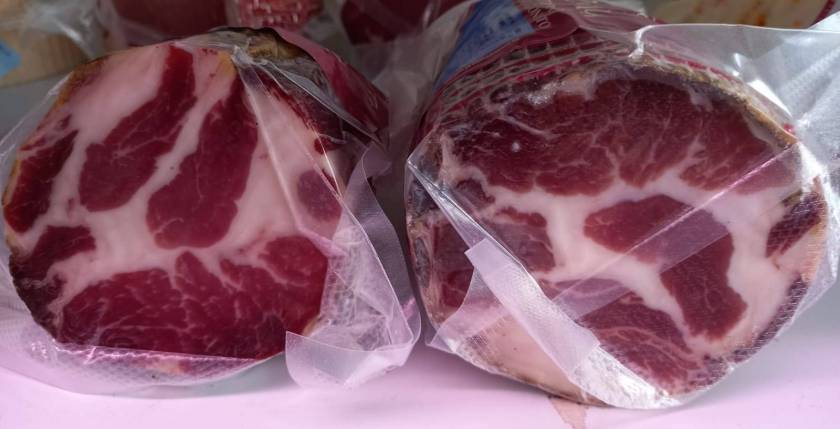 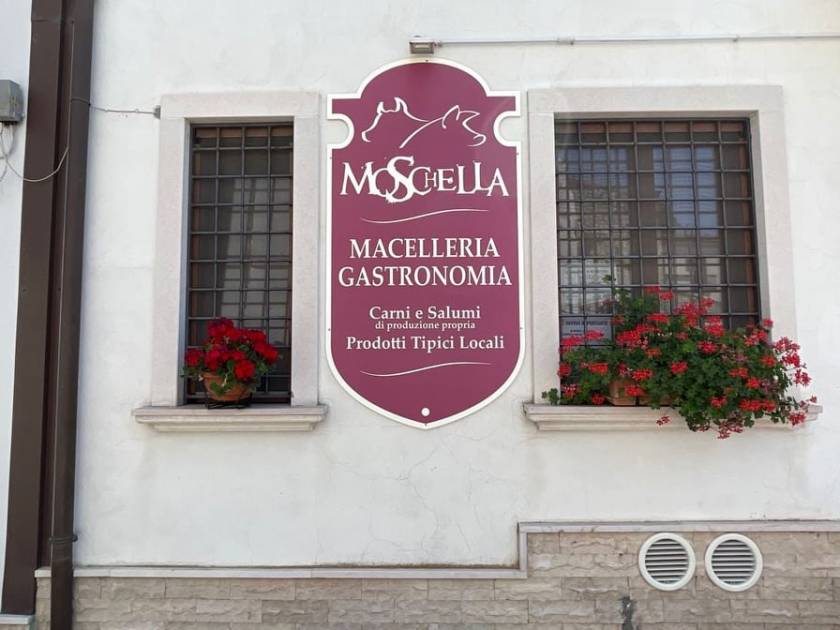 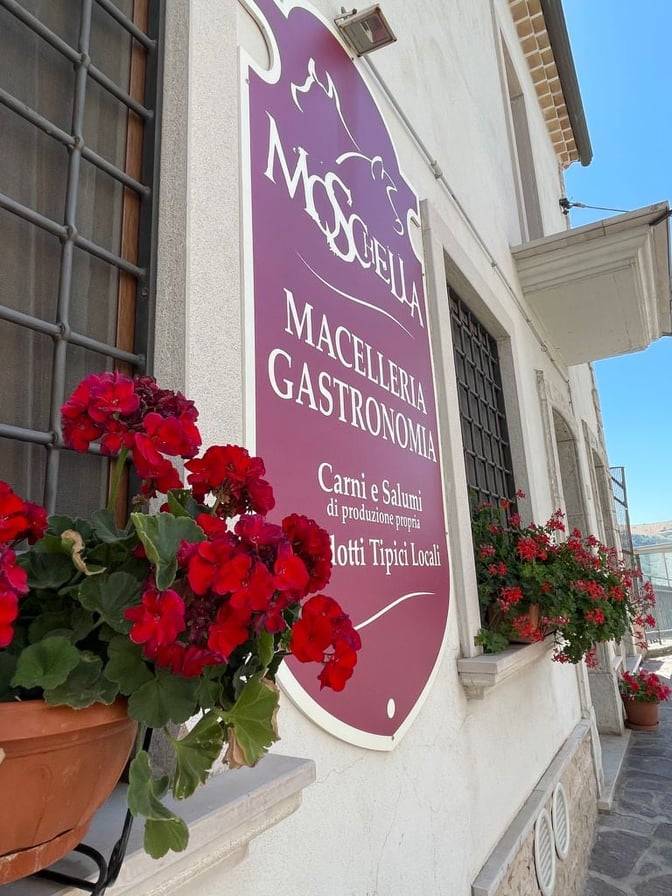 The Moschella company was founded in 1988 as a farm committed to producing cereals and organic fodder in a meticulous way to raise calves, pigs and sheep.

It is located at 800 metres above sea level, among green plains and hills along the Regio Tratturo Pescasseroli-Candela, where podolica calves are reared in the wild, as well as pigs and sheep, free to move in their own pastures and consume their own fodder and cereals, produced in their own 18 hectares of land.
In 1992, the farm opened its own sales outlet to introduce its products to customers, allowing them to rediscover the taste of meats and cold meats from the past, rich in flavour and authenticity.
Over the years, the company has specialised in the production of local retail cold cuts with the addition of only salt and pepper and meat, which is obviously local.

The Moschella Butcher's shop is located in the old town centre just a short walk from the Norman Castle, where you can take a break and buy local products to take with you, to have a culinary souvenir of the village.
- Salsiccia zungolese (Zungolese sausage): made from shoulder meat, thigh meat and a small percentage of fat meat tied by hand and stuffed into natural gut, matured for between 20 and 30 days, giving it a unique and intense flavour.
- Soppressata di suino: produced with the best lean parts of the pig, it is seasoned with salt and black peppercorns, stuffed into natural pork gut with manual tying and matured for between 30 and 40 days.
- Pork belly: produced both as stretched and rolled, seasoned with salt and pepper and matured for about 2 months.

Animals bred exclusively on the family farm, in the open air, the animals are fed in a careful and scrupulous way, with all-natural fodder and cereals without the addition of feed.
Brand "pat" of the capocollo natural meat, without the use of antibiotics.