What to see in San Giorgio di Valpolicella, Verona, Veneto 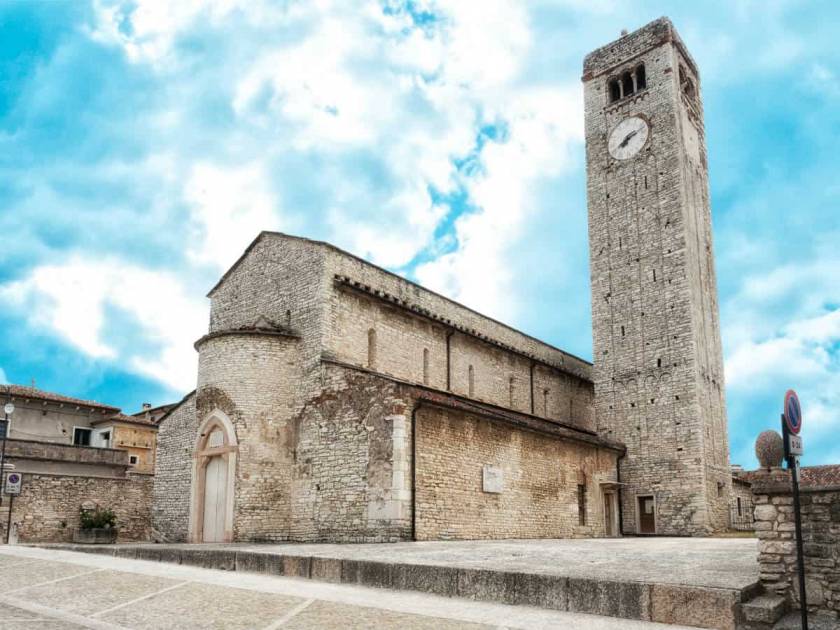 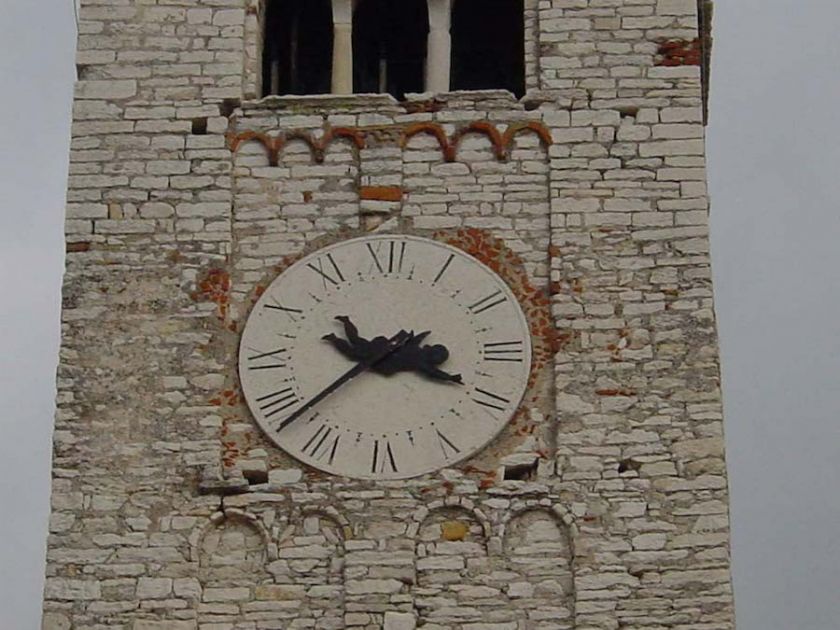 The Pieve di San Giorgio di Valpolicella (also called Pieve di San Giorgio Ingannapoltron) is an ancient parish church was probably built on a place previously assigned to the pagan cult and dating back to the VIII century. The current religious building represents one of the most interesting and ancient examples of Romanesque architecture in the province of Verona. The Pieve di San Giorgio was at the head of one of the three "piovadeghi" in which was administratively divided the Valpolicella. Together with it played this role also the pieve of San Floriano and that of Negrar. It was also a collegiate church, seat of a chapter of canons that they also ran a Schola iuniorum (a school in which they gave the first notions of Latin grammar to the children of the place, among which then often were also chosen the new clerics). In addition to the interesting architectural structure, the cloister adjacent and the frescoes inside, of great value for the presence of an ancient ciborium that has written that place it in full Longobard and specifically in the period of the reign of Liutprando. Although characterized by settlements of moderate size (testify to the few artifacts found), in the middle ages the area of San Giorgio is certainly an important religious center. At that time it was high, in fact, to the rank of "pieve" thus obtaining different prerogatives as the right to baptize, form clerics and collect tithes. The church has a characteristic plant with the space is divided into three naves, with the central one of double width with respect to the lateral. The eastern side, probably built in the XI century and in clear Romanesque style, consists of three apses. The central apse has three single lancet windows splayed round arched, while the two side have only one, of similar construction but with small arches made of tufa. The wall is formed by ashlars of white stone assembled with Malta and arranged horizontally. In the western side is located a further apse, where was formed the main port of entry in gothic style and made of white limestone and red. Above the apse, in correspondence of the central nave, are inserted two simple single lancet windows. Outside there is a bell tower and a small cloister. The ceiling of the building is a wooden beams while the roof is composed in large tiles in stone and tiles. The ciborium, now used as a main altar, represents one of the most interesting parts of the pieve, both for the historical testimony that brings back (thanks to the precise inscriptions engraved here, rare case for works of the Longobard period-medieval) both for its valuable artistic value. Beside the religious building site is a museum. It summarizes both an ethnographic museum, established in the seventies, documenting the activities and local traditions and inside which there is arranged a typical cuisine of Valpolicella, both of an archaeological museum, inaugurated in 1992, in which they are exposed artifacts found on site as ares and Roman inscriptions, sculptures and carvings Lombards and Carolingians and art objects of various eras.

B&B Casa Iole
The B&B offers all the comforts to guests, who choose it for its strategic location.

Via Casetta 226, Sant\'Ambrogio di Valpolicella
Albergo Napoleone
Located 3 km from the village of San Giorgio and 10 km from the shores of Lake Garda.

Via Napoleone 59/61 , Sant\'Ambrogio di Valpolicella
B&B La Grande Casa
The excellent location allows you to enjoy a magnificent view from each room.

Piazza della Pieve 10 , Sant\'Ambrogio di Valpolicella
Ca' Spina: Sweet Home
Located at the feet of the village, it has been restructured with respect of the simple character...

Via Sengia 8/B, Sant\'Ambrogio di Valpolicella
Residenza Sante
Residence Sante, a few steps from the historical center of Lazise, is ideal for a stay in the com...

Via san Martino, 7 - 37017, Lazise (Verona)
8.79 Kilometers from Pieve di San Giorgio di Valpolicella
Maison Resola
In the heart of Borghetto – one of the most beautiful bourgs of Italy – on the banks of the river...

Via Castello, 1, Monzambano (Mantova)
24.43 Kilometers from Pieve di San Giorgio di Valpolicella
Maison Resola
In the heart of Borghetto – one of the most beautiful bourgs of Italy – on the banks of the river...