What to see in Vogogna, Verbano-Cusio-Ossola, Piedmont 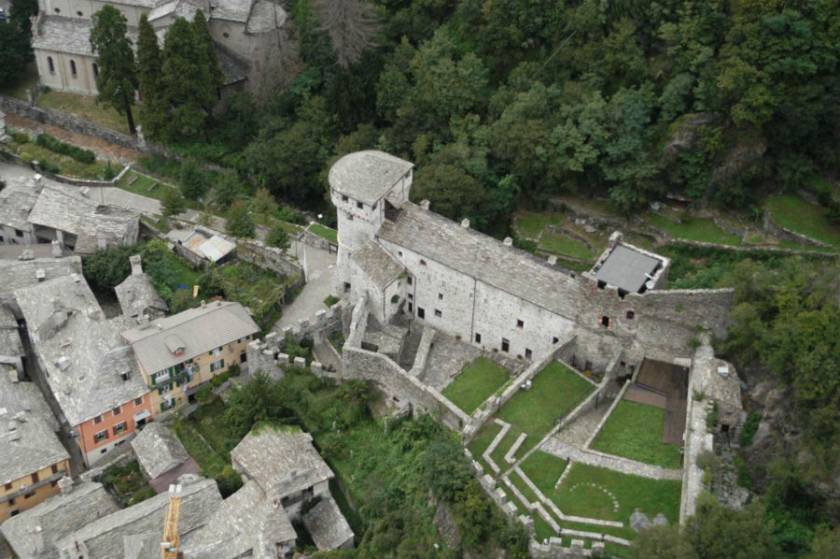 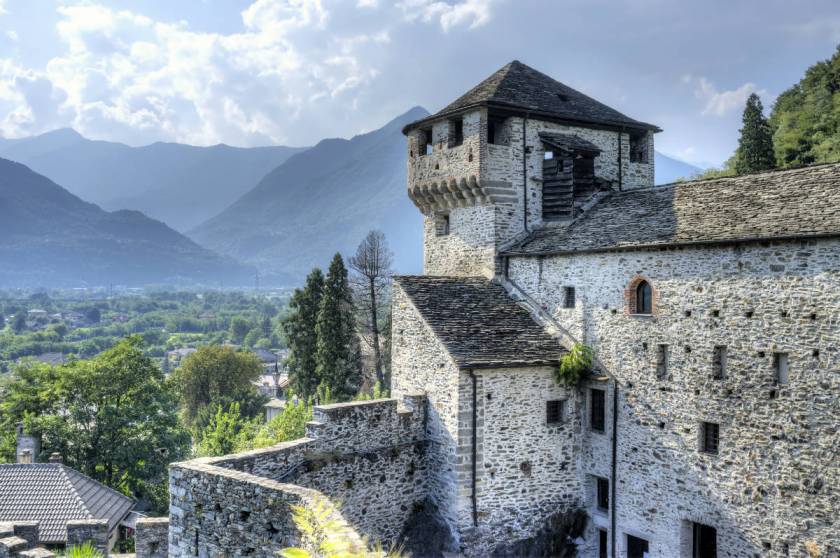 the Visconteo Castle dominates the village of Vogogna from the top of a hill. The irregular plan of the building reveals both the adaptation to the conditions of the terrain is steep the different phases of construction susseguitesi over time. To XImo century polygonal tower (today partially demolished) that rises in the rear part of the building and surrounded in origin by a fence in masonry, acted as defensive outpost of the overlying fortress located on Monte Teddy bear to 350 m. a.s.l.

In 1348 Giovanni Visconti, bishop of Novara and lord of Milan, did enlarge the castle in the context of a broader plan of reinforcing the borders of the Duchy of Milan against the raids of the Swiss from the Valais. To the primitive polygonal tower was added a body of rectangular factory and an imposing tower semicylindrical on the east side. In 1446 the feud passed to the Borromeo family that further strengthened the castle with the construction on the south side of a defensive bulwark quadrangular in which was open an arched door provided with a drawbridge.

About at that time probably dates back even the construction around the Torrione, as adaptation to the use of firearms, of a base to the shoe and its culmination with a protruding part provided with slits, machicolation archibugiere and covered by a roof with warping supporting a coverage in stone slabs. The work took up the tower height semicircular to current 19,40 m. divided into five floors.

Later, in 1514 under the Sforza, the castle was incorporated in the new walls of the village, of which today remains only a few traces.

In XVImo century the Spanish domination reduced the strategic importance of the Castle of Vogogna that was first turned into a prison and warehouse function that maintained even under the domination of the House of Savoy, then in the nineteenth century to the seat of the Royal Carabinieri.

Farmhouse La Tensa
Nestled in the nature of Piedmont, in the province of Domodossola, Agriturismo La Tensa is the id...

​Loc.Tensa, Domodossola (Verbano-Cusio-Ossola)
10.27 Kilometers from Castle of Vogogna
Hotel San Rocco New Classi Hydrogen Hotel
On the shores of the magical Lake Orta, the Hotel San Rocco is known for its care in organising s...

Via Gippini, 11, Orta San Giulio (Novara)
24.57 Kilometers from Castle of Vogogna
Chalet La Baita
Located in the charming village of Baceno, Chalet La Baita is a perfect location to stay in touch...

Corso Roma, 35, Varallo (Vercelli)
21.80 Kilometers from Castle of Vogogna
Management Body of the Ossola Protected Areas
Two beautiful parks that both in summer and winter offer the possibility of visiting and tourism ...

Vial Pieri, 13, Varzo (Verbano-Cusio-Ossola)
22.48 Kilometers from Castle of Vogogna
Real Estate Agency Fa.Ro.
Via al Fiume, 1 - 28822, Cannobio (Verbano-Cusio-Ossola)
31.26 Kilometers from Castle of Vogogna
Management Body of the Ossola Protected Areas
Two beautiful parks that both in summer and winter offer the possibility of visiting and tourism ...