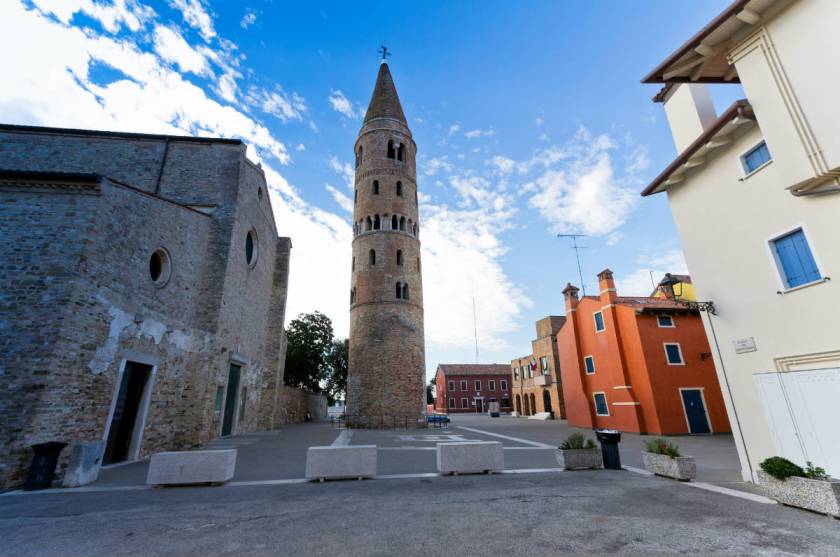 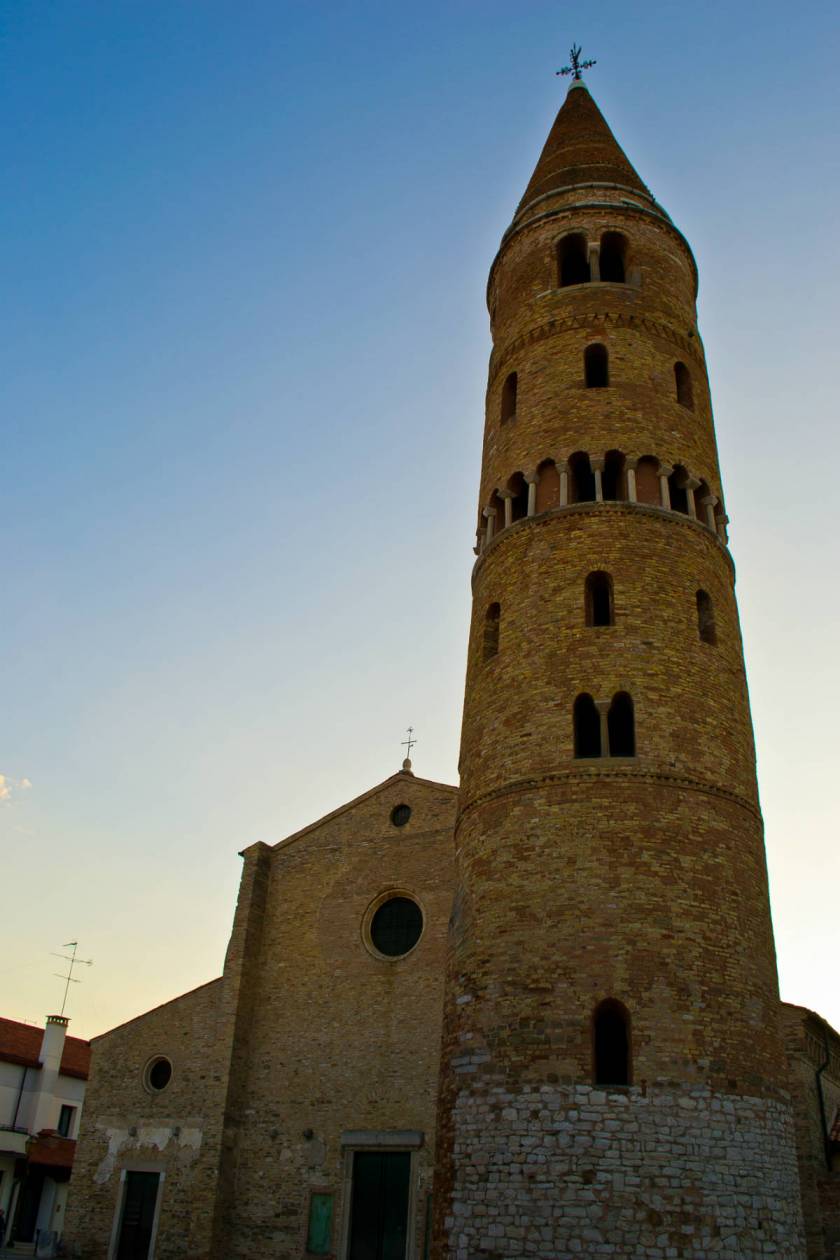 St. Stephen's Cathedral dominates Piazza Vescovado Square in the heart of the historic center of Caorle. The structure visible today was erected in 1038 on the ruins of a pre-existing paleochristian basilica of the VII century around, from which it takes some particular byzantine-ravennati; subsequently, because of the barbarian invasions that flourished in the nearby Concord, Caorle became a bishopric until 1807. During this period, the many bishops have left several testimonies of their work by the coats of arms to the paintings and frescoes, but also sculptures in remembrance of particular events and even tombs that some of them have wanted to inside the cathedral.

The Cathedral of Santo Stefano has a three naves and is traditionally oriented from the west to the east. The facade reproduces the classic canons of the Romanesque style. The large central door is surmounted by two rosettes and guarded by two byzantine bas-reliefs of the XII century, depicting Saint Agatonico, left, and San Teodoro, right.

Inside, among various frescoes of the fourteenth centuries, large paintings, beautiful sculptures and ancient relics, the naves are divided by rows of imposing columns and magnificent pillars that support large round arches that will bring your gaze toward the candido ceiling in trusses and semi wooden trusses. It is impossible not to notice the great crucifix fifteenth-century, suspended above the great central apse and illuminated by beautiful lamps in Byzantine style; it is also difficult not you will be seduced by the beauty of the Pala d'Oro exposed above the main altar, a magnificent Shovel of gilded silver embossed and engraved depicting classic scenes of the Catholic religion and it tells the story, both the gift of the queen of Cyprus, Caterina Cornaro. Still, inside the Duomo there is also a Greek vase of the VI century, said "Idria At Cana", and a Roman altar of the century, belonged to the family of Licovi, a Baptismal Font from 1587 and a fresco of Santa Lucia. In the right aisle, moreover, is guarded the canvas more precious: "The Last Supper" by Gregory Lazzarini, master of the Tiepolo; instead, in the left nave, in proximity of the small apse, is placed the framework of "Saving Peter" which, according to some historians, must be attributed to the hands of Tiziano, while for others it is however due to his school.

The Bell tower
inserted in the modern complex of Piazza Vescovado, the cylindrical bell tower rises in the sky and is visible even at a distance of several kilometers, and became the symbol of Caorle. Dating back also at the beginning of the XI century, is high almost 50 meters while its cylindrical shape surmounted by conical cusp makes it unique in the world, for architectural structure and historical age. Result of a contamination between the artistic currents byzantine and Ravenna, the harmonious succession of mullioned windows, single lancet windows and columns makes it a splendid example of Romanesque style. Another singularities which characterises are processing techniques and materials used: while the bricks in fact have the rounded head to "bone of fisheries, the base was built in stone quoins of Istria and the rest in red bricks, with special frames to the bases of the windows and the cusp. At the top, the bell loggia has four large double lancet windows and is separated externally from the rest of the trunk from a molding a overturned triangles; here, find space three large bells decorated that, thanks to their different diameter, give a magical and accurate sound.

Via Colombera, 4/a, Quarto d'Altino (Venezia)
40.74 Kilometers from St. Stephen's Cathedral
= distances as the crow flies