What to see in Atri, Teramo, Abruzzo 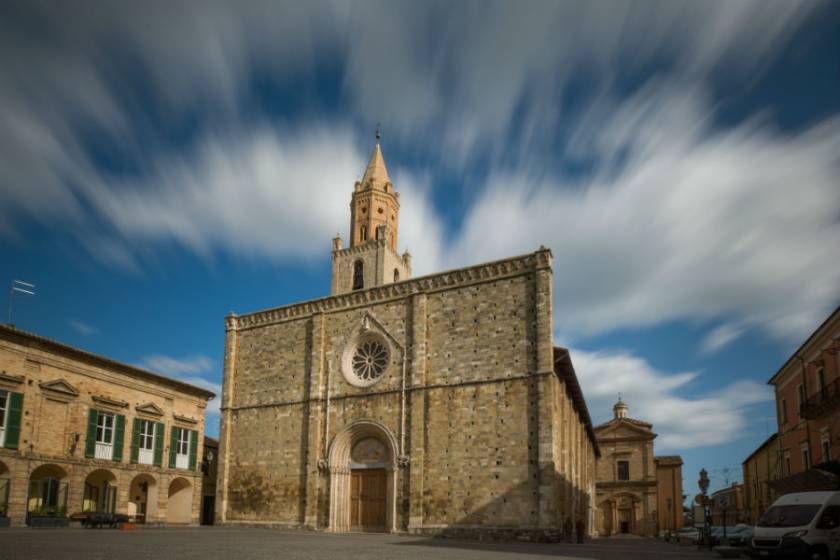 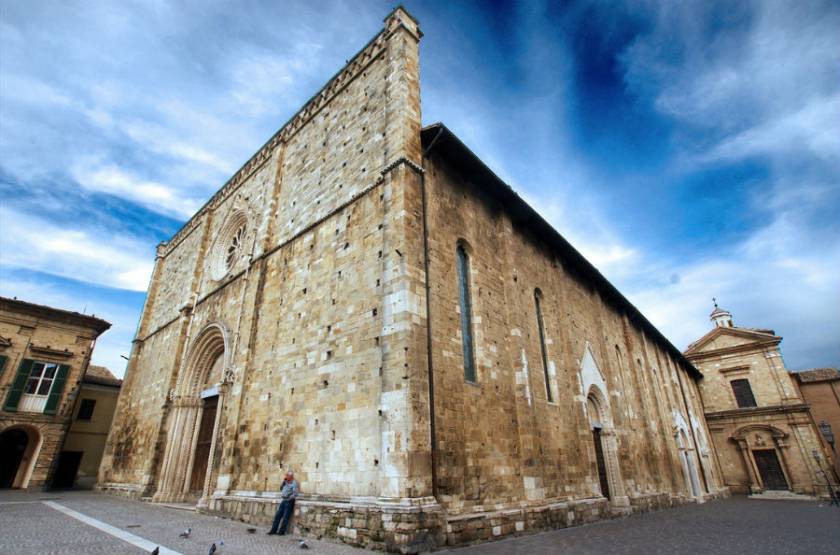 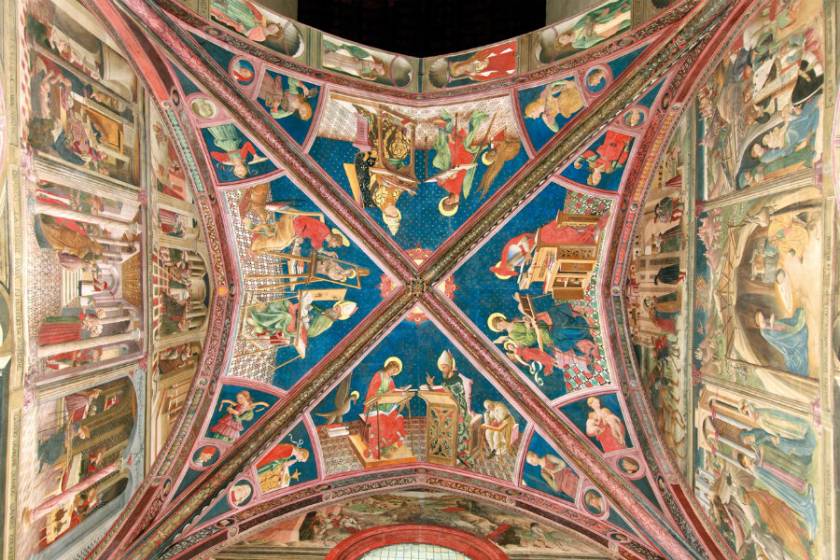 The Cathedral of the atria is of Raimondo di Poggio and Rainaldo d'Atri, that began toward the 1264, in replacement of the Ecclesia de Atria, a romanesque church of five naves erected in the IX Century was finished in 1305, while the upper octagon of bell tower was affixed by Antonio da Lodi perhaps in 1502.

The majestic and elegant in a succession of ordered ashlars in Istria stone, the front ends with a splendid portal surmounted by thin incorniciature cuspidate, within which there is located an excellent rose window in the form of a wheel. The archivolts, capitals, piers were carved by Rainaldo d'Atri and Raimondo di Poggio that is inspired to the tradition of the roman marmorari and Apulia, but knew how to realize an artistic current highlights from which it originated in the "Atriana School" that flourished throughout the 1300s. On the right side are three portals dated and signed. The first is of Rainaldo d'Atri (1305). To clear the gothic style present an elaborate ornamentation at the tunnel of capitals with beccanti birds and a linear cuspidato crowning.

Perhaps not everyone knows that in the world as well as in Rome and the Eagle, even in Atri there is a Holy Door. In fact, as for centuries now happens within the framework of the week dedicated to the Assunta, every year in mid-August, repeats the sacred ceremony of the opening of the Holy Door of the Basilica of the Cathedral. Assumed to so much honor probably from 1295, the port is located in the Cathedral, on the southern side, and is the first portal from the left. From the moment of the opening of the Holy Door and for eight days the faithful have the possibility of gaining a plenary indulgence, going through the Holy Door and exiting from the central one, after having confessed, press releases and praying with faith, a Pater Noster, Ave Maria, a creed and a Glory (faithful people has over time also introduced other rituals). The opening of the Holy Door is preceded by a large procession that ends before it; there the Bishop a pause for prayer, then knocks at the door and mentions it open from within two altar servers the vastly extended thus making it possible to access to the Celestine Pardon.

The interior has a rectangular shape with three naves (originally five), very small in relation to the gothic verticalismo of pointed arches. The large space is interrupted by two series of polistili pillars, some of which are coated in masonry. The light penetrates from the circular eye of the central nave and from the Windows long and narrow that also open in the right flank. Remarkable is the vision that offers the Choir of the Canons, especially with the lights on, with the walls the pictorial cycle of Andrea de Lithium (1465-1471). It is not only the immortal masterpiece of the painter, but the largest painting of the early Renaissance in Abruzzo to the demonstration of the findings which could reach the innovative ideas of Florence, out of Tuscany, in a region, in the kingdom of Naples, very sensitive to the evolution of styles and shapes.

Recently they have been brought to light the remains of the aisles circulars of the church of S. Maria preexisting, you retain parietal walls, the Choir and the pillars throttled. The fresco "Encounter of the living and the dead" (1240 - 1250 approx.), was part of the original church of the IX century, with five naves; the author depicts the vanity of things in the world with two skeletons emerged from a tomb and three noble with paggi and horses, frightened by the view. It is a wonderful work for the refined tone and delicate with which is treated like a large thumbnail. Subject inspired by the French culture and bolognese present in Naples at the Angevin court.

The bell tower is located on the wire of the left flank, coated with ashlars in Istria stone; is high 54.5 meters and has an internal staircase of 147 steps. Valuable example of Romanesque architecture, has a square plan, resting on a solid base of roman age. Building started in 1252 was completed in 1305 up to the tower with the cells of four bells. The terminal part was completed in 1502 by the famous architect Lombardo, Antonio da Lodi, who built like cusps in many bell towers of the lands of the Adriatic. The molds of ceramics are inserted to decorate the crowning, like those of the facade of the Church of S. Nicola and bell tower of S. Augustine, originated by the primitive factories of castles. Those who climb on the Bell Tower in a splendid morning will be able to enjoy an excellent visual overview, as well as tap strict bronzes, weighing several tons. From here the visitor can admire the city below with the various towers, in the far distance the Gran Sasso d'Italia and closer to the sea with the adriatic riviera. With a good telescope from marina and with clear sky stand out even the peaks of the Dinaric Alps in Yugoslav territory. 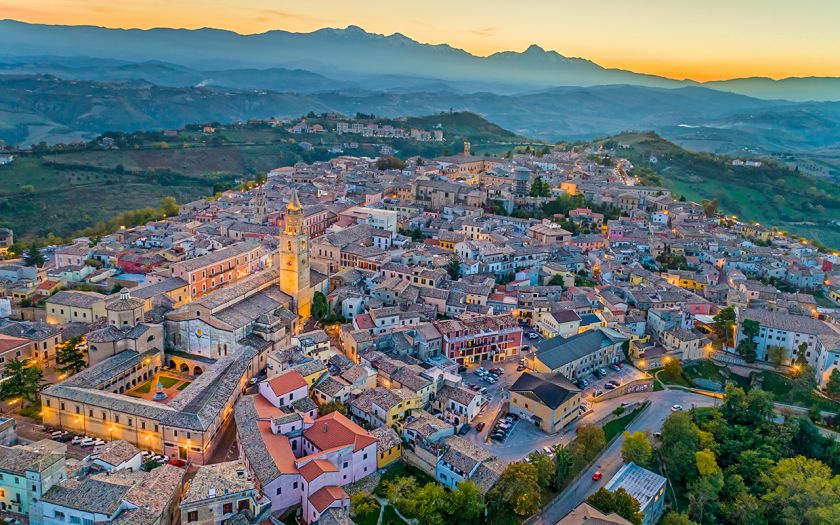