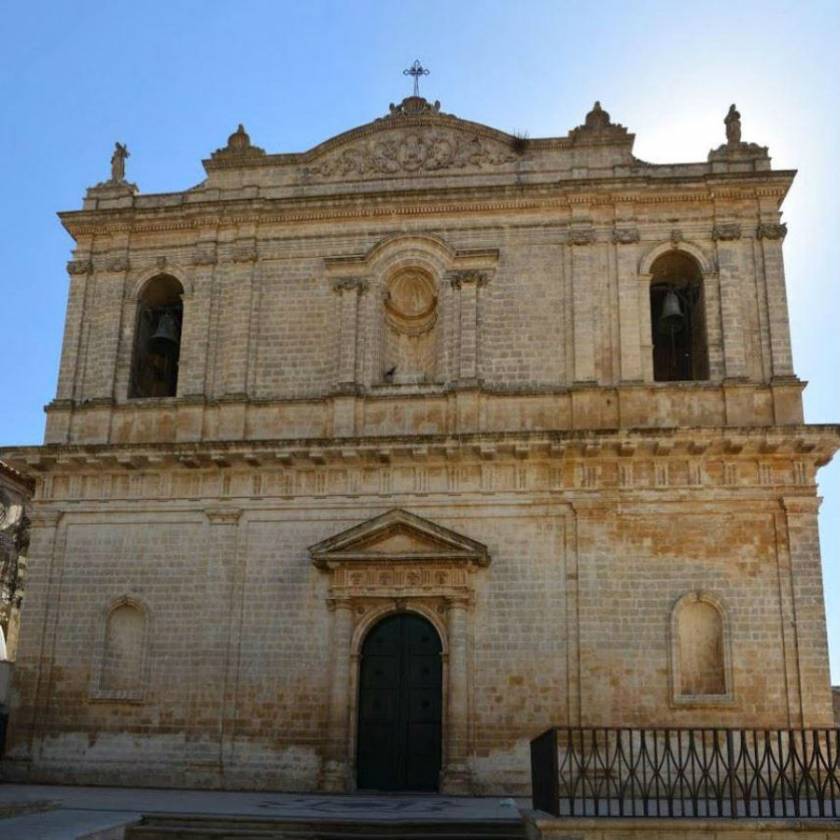 This church was dedicated to St. Nicolò, bishop of Mira. It was built in 1215 with an original Normans structure, which was destroyed during the 1542 earthquake. Its reconstruction was made by an Early Renaissance style, as we can see today, although the terrible earthquake, which struck the town in 1693. Outside it’s possible to see a series of elements that are certainly previous of the 1693 earthquake, such as the face of a little angel, which is in the exterior wall in via Dietro Matrice; the skull between two coils and the cross between two legs along the exterior wall of the St. Giuseppe’s chapel. It’s possible that this elements had a symbolic meaning: the skull was the symbol of the presence of the local cemetery; the cross the two ways, one the Good other the Evil. Over the architrave of the lateral door, it’s a tondo with the Christogram IHS. The façade was built from 1853 to 1857 and we can admire, at the top, to the left, a woman, who is the symbol of the Faith; to the right another one representing the Hope. The fronton, marked by two shells, is decorated by arms and leaves and, in the middle, the shield with the miter – elements associated with the Saint’s life – upon there are two little angels with an iron cross, symbol of Charity. The building is a Latin cross, characterized by a beautiful inner with triumphal arches.
The major altar is adorned by a great altarpiece with the St. Nicolò’s apotheosis, but until the 17th century there were the images of the eponymous saint and those of the apostles Peter and Paul. In the presbytery it is the older wood choir and inside the sacristy the are lots of treasures of older furnitures.