What to see in Marzamemi, Siracusa, Sicily 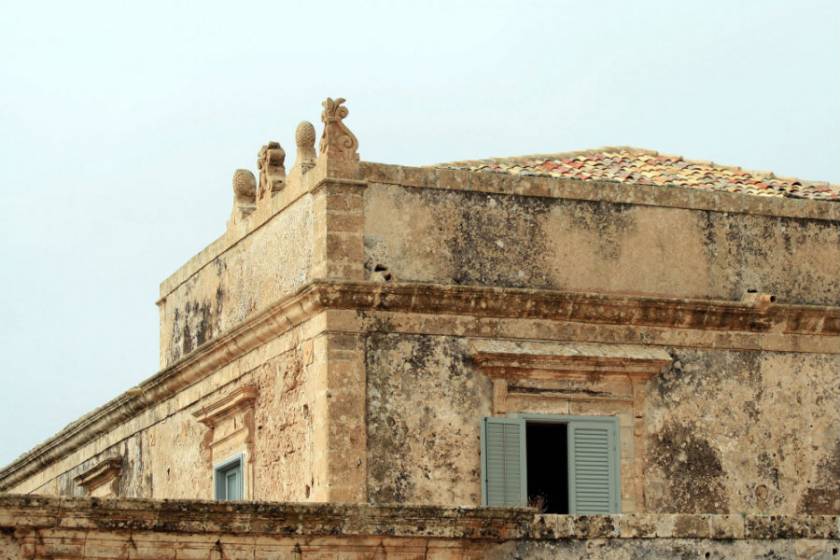 the palace of Villadorata was built in 1752 at the behest of the prince and rises on the west side of the Piazza Regina Margherita. All around the ancient dwellings of the fishermen. Built in sandstone, la dimora di Villadorata presents itself as a simple facade, with an entrance doorway in wood where portal is represented by an arc, with the center, a key with the coat of arms of the family which is dominated by the ancient gutters in stone depicting human faces. At the top of the building we can see a small tower with loopholes, decorated with pinnacles and various bas-reliefs depicting geometric motifs. This tower anciently used to remove any attacks to the village by pirate ships, it later became the summer terrace of the Villadorata family.

The point of light within the entire structure is constituted by the elegant courtyard; from here a stone staircase with two flights leads to the rooms of the prince. Today this courtyard is used for the Festival of Cinema of the frontier for the annual event "Calici di Stelle" and numerous events municipal authorities. On the back there is a second terrace overlooking the "Camperia", the magazine of the Tonnara. From here the Prince, overlooking, observed the work of the fishermen. The inside of the Camperia can be visited today: inside are conserved in the "scieri", ancient boats for tuna fishing, and ancient tools used by fishermen.

The inside of the palace was rich in works of art, silverware and valuable furniture. Unfortunately during the second world war, the apartments of Prince were looted. Today it is used as the location of numerous manifestations, embodiments of commercials and filming, as "South" of Gabriele Salvadores or the more recent "Caravaggio".

Contrada Campanio sn, Ferla (Siracusa)
45.72 Kilometers from Villadorata Palace
Borgo Albergo
You will sleep in one of the six houses of the village provided to guests thanks to a project of ...