What to see in Sarteano, Siena, Tuscany 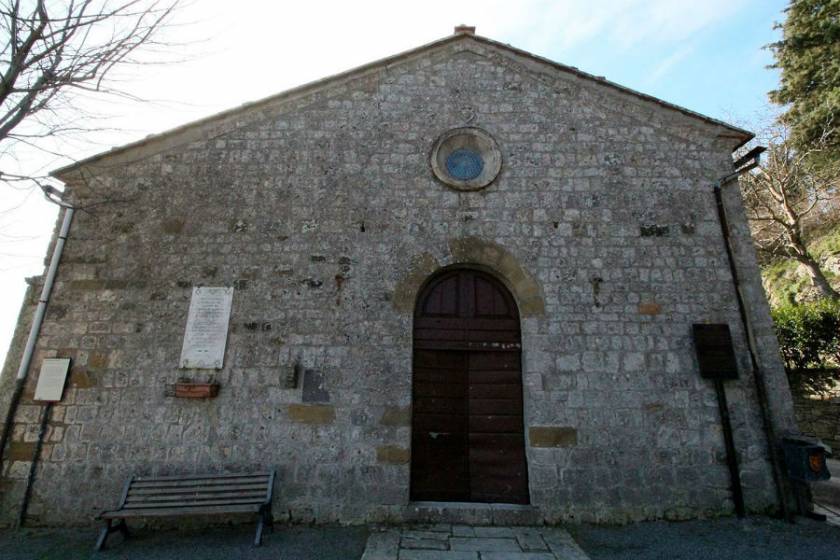 the St. Andrew's Church in Castiglioncello del Trinoro is in Romanesque style with a simple facade in travertine, pitched roof and bell tower with single-light mullioned windows. The interior has a single nave was renovated by the architect Leonardo De Vegni in 1789. It distinguishes the chapel dedicated to Blessed Bonaventure of Venus of Chieti (1557-1627), a Franciscan friar who lived as a hermit in the hermitage of Poggio round, with frescoes and stuccoes in time, very degraded. We must also mention the travertine baptismal fountain of the XIV century.

The small village of Castiglioncello del Trinoro was lordship of auditors of Sarteano and in 1117 is remembered the sale of part of the territory of Castiglione, the property of Count Manente of Pepone, in favor of the Camaldolese monastery of San Pietro in the field. The tradition remembers him as Castrum Trinum Latronum, "Castle of three thieves", ready to rob pilgrims and wayfarers passage along the via Francigena.

Via Berignano, 76 - 53037, San Gimignano (Siena)
81.75 Kilometers from St. Andrew's Church
Lupaia
An agritourism resort in the heart of Tuscany, between Pienza Montepulciano. La Lupaia is a luxur...