What to see in Chiusdino, Siena, Tuscany 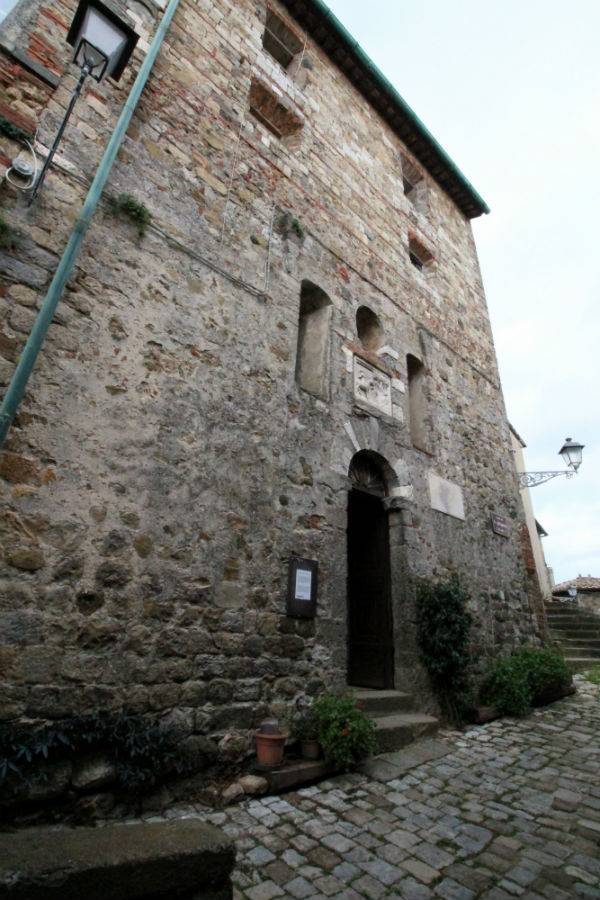 on the entrance portal of the palazzo, adorned with two shelves carved, is a cast of the bas-relief depicting San Galgano led by Archangel Michael on the hill of Montesiepi. The original, Giovanni di Agostino, performed around 1330 (definitely before 1348, the year of the death of the famous sculptor), is preserved in the house of the pastor provost of Chiusdino.

Inside the chapel below, in the right corner you can see the stone in which, according to the legend, would have remained the knees of the horse of San Galgano genuflesso at the appearance of San Michele Arcangelo; the stone was transferred here in 1958 from its original location along the road between Chiusdino and the castle of Luriano.

Strada Provinciale di Pieve a Salti , Buonconvento (Siena)
34.79 Kilometers from San Galgano's Birthplace
Lupaia
An agritourism resort in the heart of Tuscany, between Pienza Montepulciano. La Lupaia is a luxur...