Church of Saints Andrea and Lorenzo 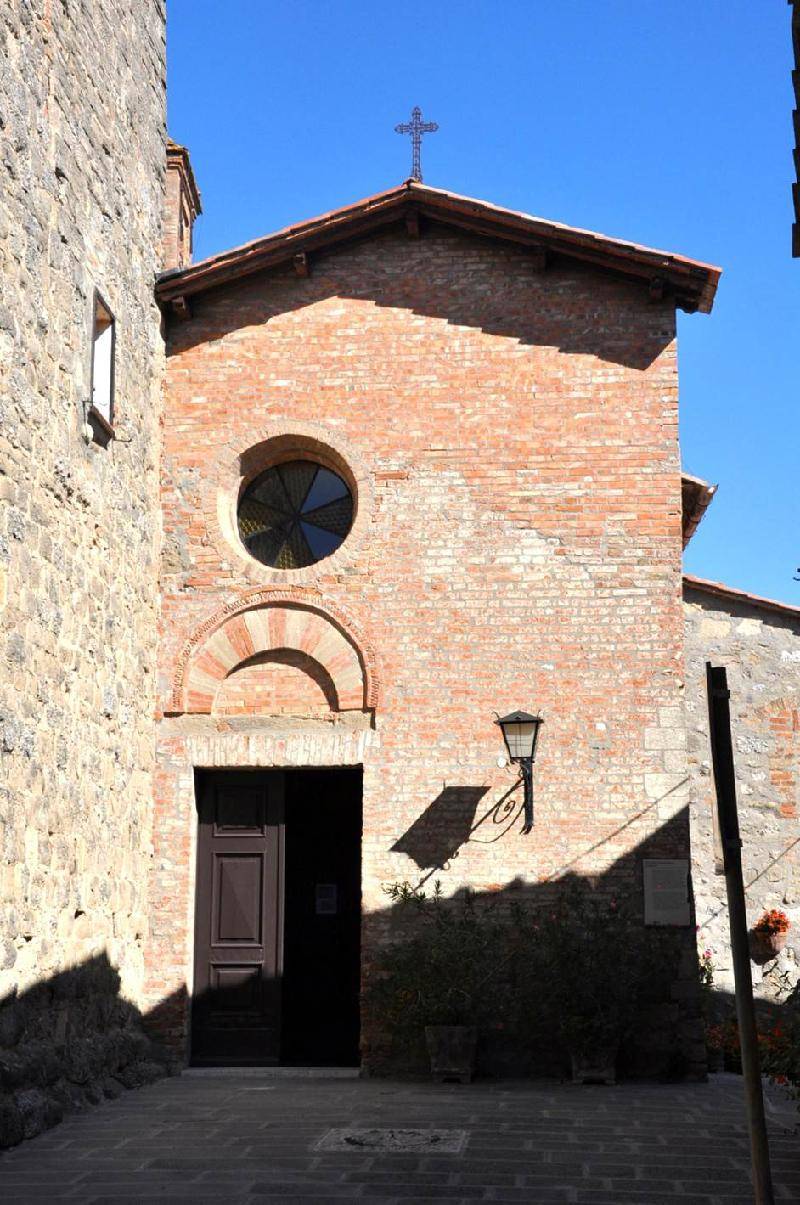 Of the structure of the small castle formerly of the Adobrandeschi family, which passed under the Republic of Siena in the mid-thirteenth century, today only the elongated shape and the two doors with round arches remain at the end of the major axis. There are very few traces of the ancient walls visible for a very short distance roughly behind the church of Sant'Andrea.
In the central street where Palazzo Bastianini stands, some medieval structures can still be identified, such as two towers, one of which leans against the church. On the opposite side of the road a little further south, there is another severed tower, characterized by an architraved portal, surmounted by a slightly pointed arch. Near the north gate stands the parish church, in the chapel on the right there is an important painting by Alessandro Casolani depicting the Madonna of the Rosary between San Domenico and Santa Caterina.

località Montefreddo, San Casciano dei Bagni (Siena)
133.98 Kilometers from Church of Saints Andrea and Lorenzo
Lupaia
An agritourism resort in the heart of Tuscany, between Pienza Montepulciano. La Lupaia is a luxur...