The cathedral of Sant'Antonio Abate

What to see in Castelsardo, Sassari, Sardinia 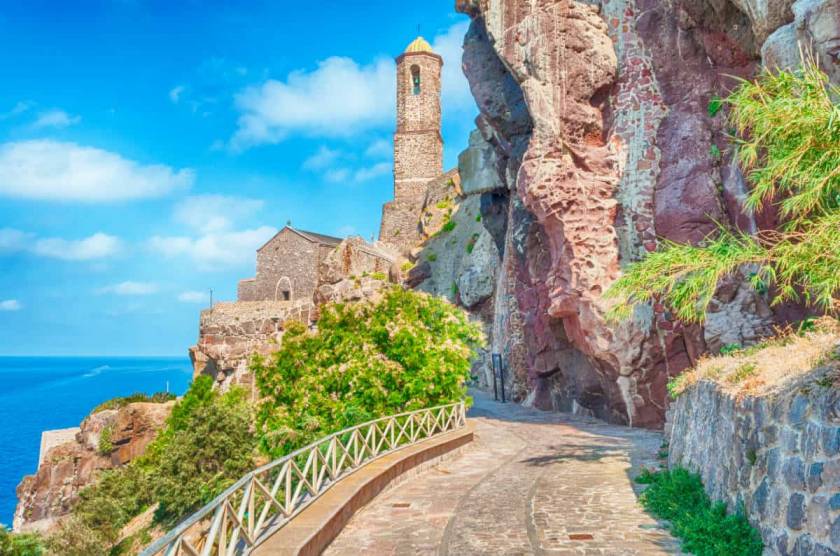 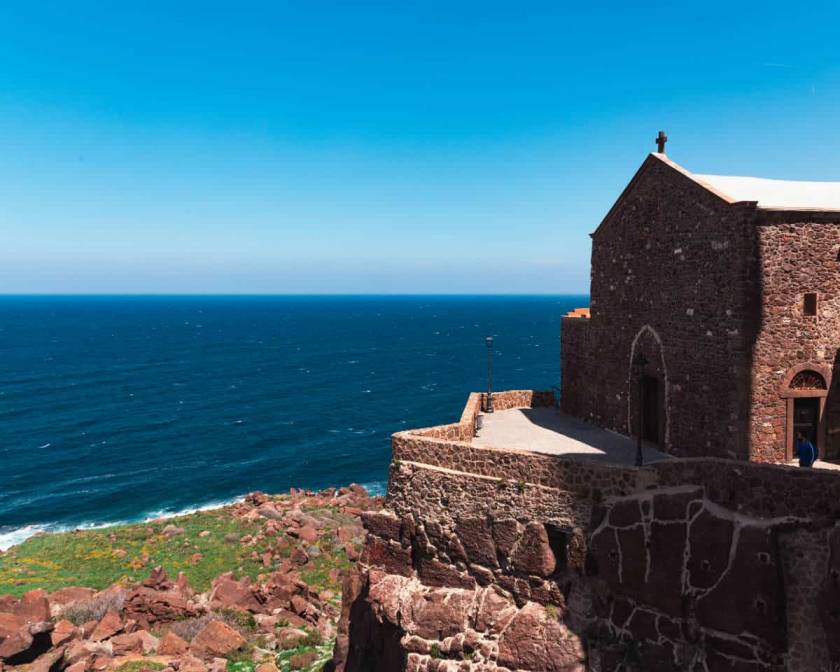 The Cathedral of Sant'Antonio Abate in the village of Castelsardo melts elements of Catalan Gothic and Renaissance classicism. Is located in a panoramic position overlooking the sea. Externally is characterized by the high bell tower, covered by a dome maiolicato, was not built but derived directly from a tower of the ancient walls and was originally used as a lighthouse. The interior, with a Latin cross plan, is constituted by a single barrel-vaulted nave and side chapels and the transept, in the latter there are still of frescoes attributed to Andrea Lusso, the most known mannerist painter in Sardinia. The time at the intersection of the nave with transept is to cruise, generated by four pillars to beam with carved capitals. The presbytery is raised and closed by a baluster. The apse, with a starry cross vault, is a quadrangular plan and welcomes the high altar in marble in 1810, in which towers the wood of the Madonna with the child seated on a throne, painted in the XV century by the artist known as the Master of Castelsardo. Also interesting are some wooden altars and the organ of the eighteenth century, situated on the chancel in the inner facade, considered the most beautiful in Sardinia.

Castelsardo Domus Beach
It is the ideal place to relax alone, as a couple or with the whole family.

Corso Italia, 38 - Lu Bagnu, Castelsardo
PH Hotel
A prestigious destination for relaxation, family, fun, business and any other of your special eve...

Corso Italia, 143 - 07031, Castelsardo
Bajaloglia Resort
An oasis of wellbeing and relaxation, where the scent of the Mediterranean vegetation will inebri...

Loc. Fraiga, Aggius (Sassari)
29.91 Kilometers from The cathedral of Sant'Antonio Abate
B&B Gianella
This bed & breakfast is located in the village of Aggius, in the province of Olbia-Tempio, Sardinia.

Via Principe di Napoli, 3 - 07024, La Maddalena (Sassari)
66.72 Kilometers from The cathedral of Sant'Antonio Abate
= distances as the crow flies