What to see in Nemi, Roma, Lazio 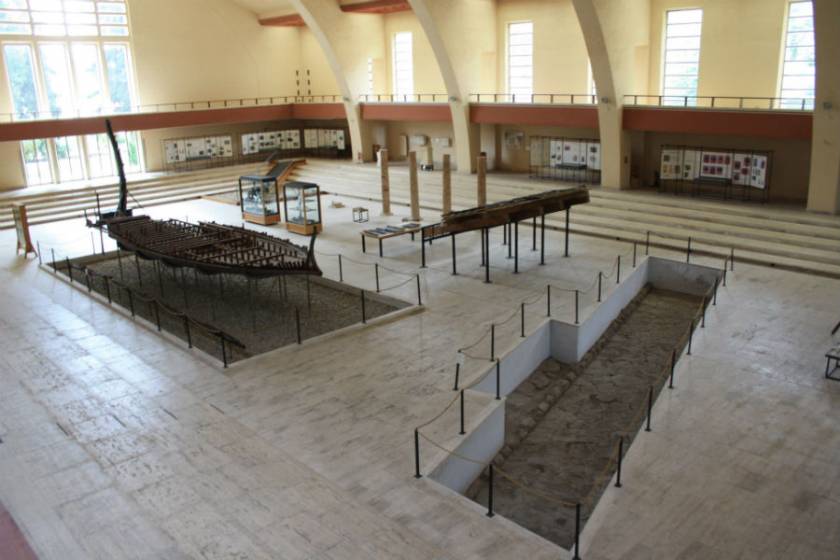 No author of ancient Rome has never spoken of imperial ships in Lake Nemi. If it supposed the existence because, already in the middle ages, what happened was that, occasionally, were caught some archaeological finds. On 28 March 1929 affiorarono the highest structures of the first vessel. Also the other ship was treated at Riva and both found a place in the Museum of the Roman Ships.

In the night between 31 May and 1 June 1944 a avvampò fire on the shores of Lake Nemi. In fact it was a bombing ally against an antiaircraft battery formed by four cannons Nazis. In the ardor of bombing the guardians of the museum remarked that the Nazis stood with a lumen within the museum and then the day after he was entirely burned. Everything was destroyed, including the two ships. You spared only those objects that were previously transported in the Roman National Museum. The Nazis and they forsook their location on 2 June, while the Americans arrived two days later, without finding more anything to save. The two ships were reproduced to scale 1/5, and these models are one behind the other, exposed in a wing of the museum.

The museum itself is a construction interesting, because it offers a rare example, the first in the world with a structure designed in function of the content and conditioned by the latter in the architectural solutions. In fact the museum ships of Nemi is a double hangar of the concrete of the exact dimensions for the two vessels which were long about 80 meters. Morpurgo wanted him with large glazed surfaces and realized above the roof a viable terrace from where you can enjoy a panorama of the unpublished lake, right on the shore but in a high position.

After the restructuring has been destined to accommodate a portion of the ancient Via Sacra, models in scale 1:5 ships the facts on the basis of the many technical drawings executed by the engineers of the Navy at the time of recovery, illustrative panels, the material escaped to fire and finds of the Temple of Diana.

Patronal feast of the holy apostles Philip and James