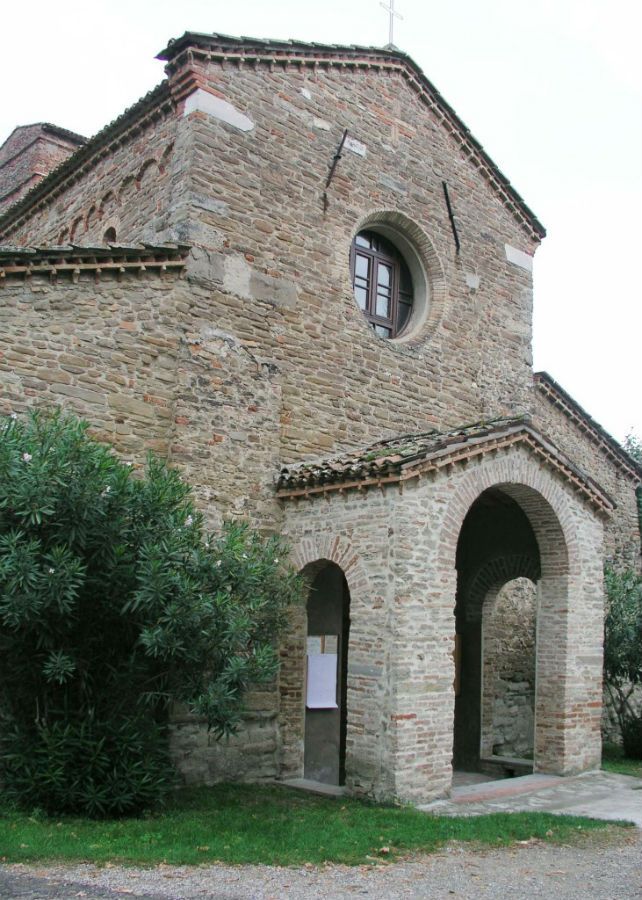 The Pieve di San Giovanni in eighth (or Pieve del Tho) meets a little more than a kilometer from Brisighella. It is the oldest parish curch sort in the Lamone Valley. Its origins date back to the Galla Placidia, daughter of Theodosius, that would have made to erect with the ruins of a temple dedicated to Jupiter Ammonis, between the VIII and the X century approximately. You said "in eighth" because it is located at the eighth mile of the Roman road (Via Faventina) which linked Faenza with the Etruria. Impressive temple in Romanesque style, with a basilican plan, with three naves, divided by arches resting above eleven columns of gray marble and one of Verona, moIto different between them as thickness and width (perhaps material for redeployment of the pre-existing temple). The walls of the nave, outside, have valuable decoration of the arches and pilasters, placed between the single lancet windows.