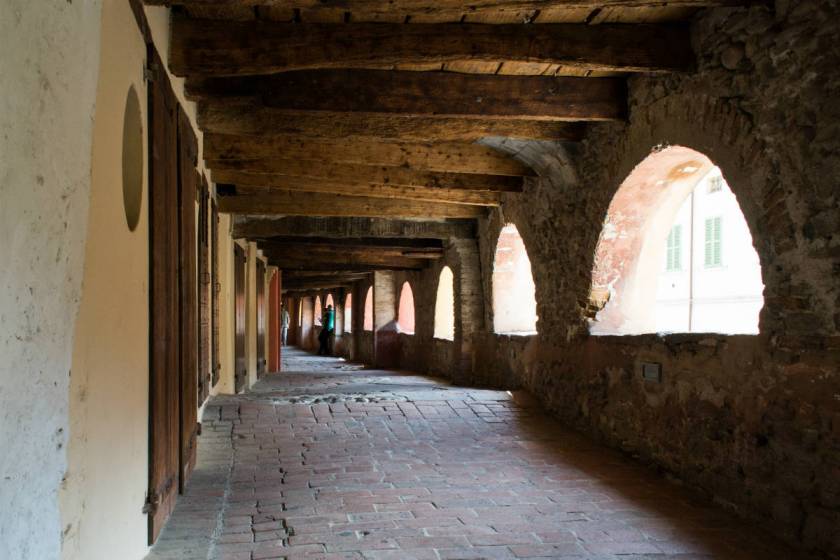 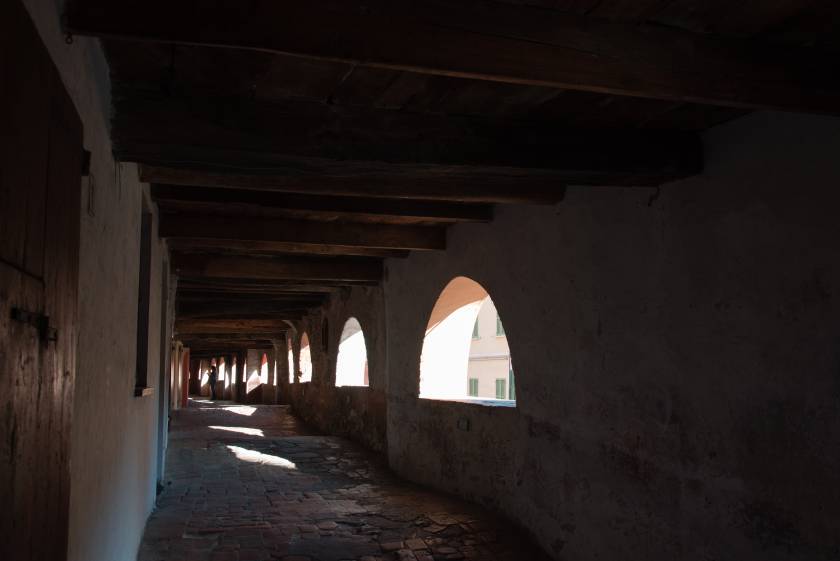 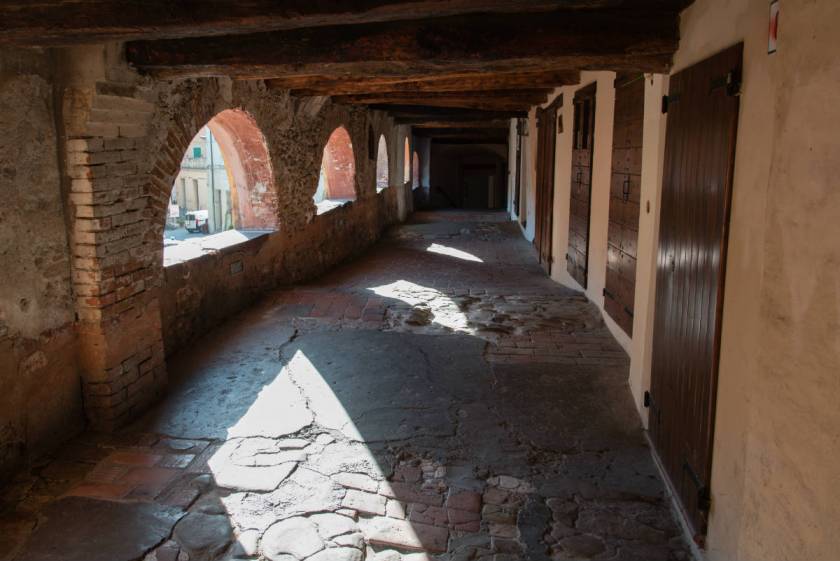 It is an elevated road which receives light from the features arched windows of different width. Famous for its unique characteristics, an architectural preciousness is unique in the world. Probably built in the XIV century, represents the most ancient defensive bulwark to protection of the village. In a first time discovery, the road was walkway and way of communication, then was covered and incorporated in homes when lost its function of defense. Later in this neighborhood lived the birocciai, transporting the gypsum from the quarries overlying the country using donkeys, from which the name "Via degli Asini". The stables were faced to the arches while the dwellings were on the upper floors. The transport wagons, the "birocce", were located in big rooms dug in the gypsum, that opened in the square below.