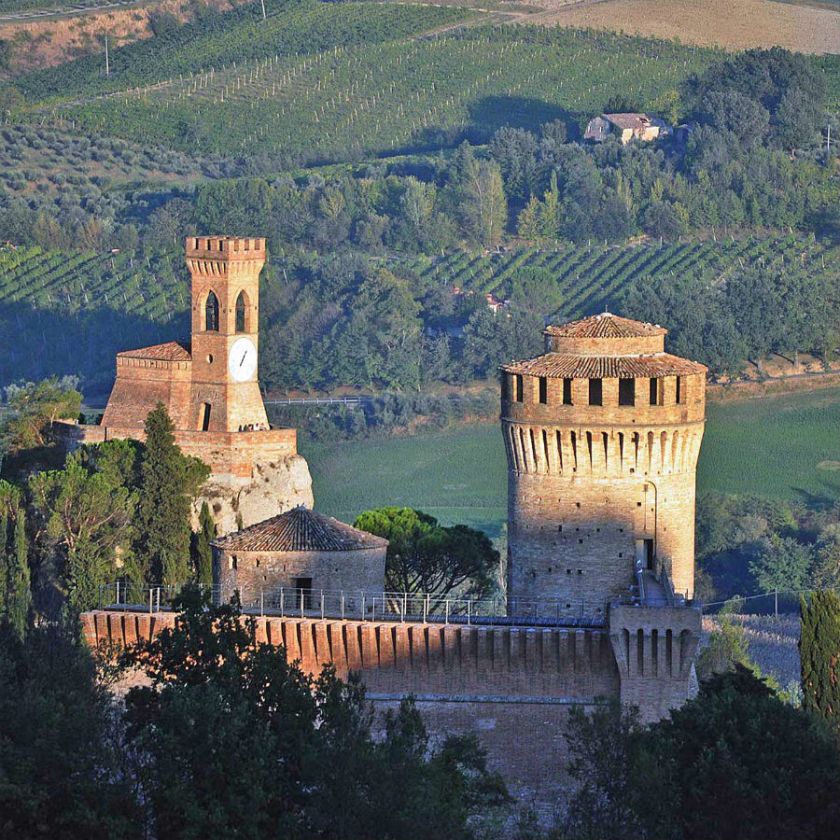 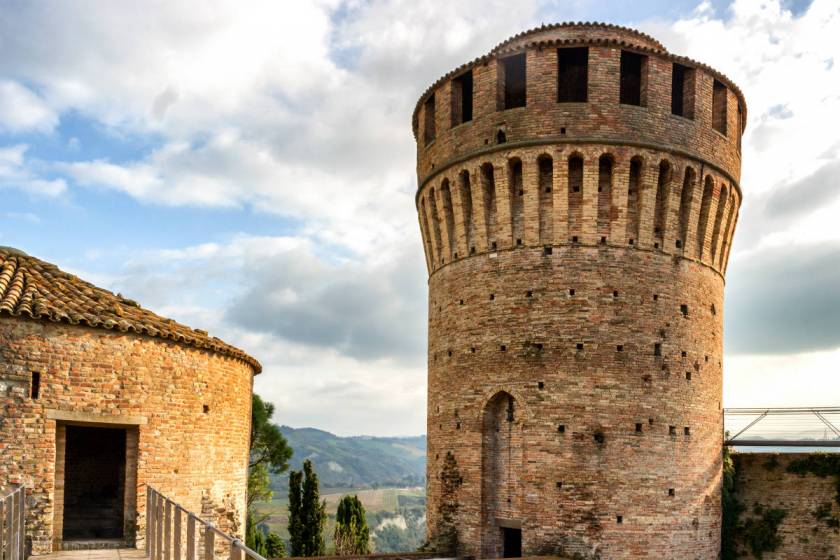 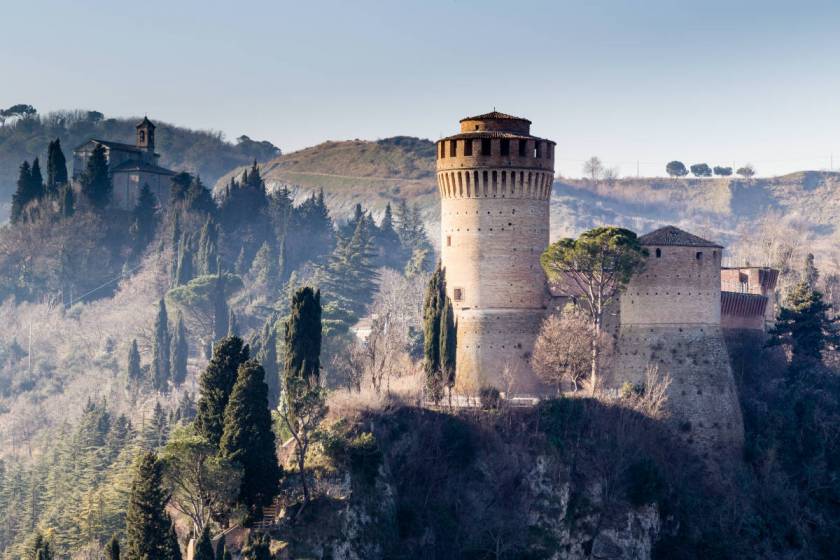 In the heart of Romagna, among the green hills that characterize this splendid land, stands the Rocca Manfrediana, set to dominate the town. Considered one of the most important monuments in the area.

Dated 1228 and characterized by cylindrical towers, the Rocca was begun by Francesco Manfredi. From 1503 to 1509 it belonged to the Republic of Venice, which built the grandiose donjon in addition to the pre-existing keep, and the walls on the two sides.

Since then it has witnessed important historical events and today is one of the main tourist attractions in the area.
The interior of the fortress can be visited and offers tourists numerous rooms from which to admire breathtaking views of the entire valley. Inside the structure is the Museum of Man and Gypsum, an itinerary that traverses the long history of man's relationship with this territory and with the mineral of which the pinnacle on which the fortress rests is composed.