What to see in Giarratana, Ragusa, Sicily 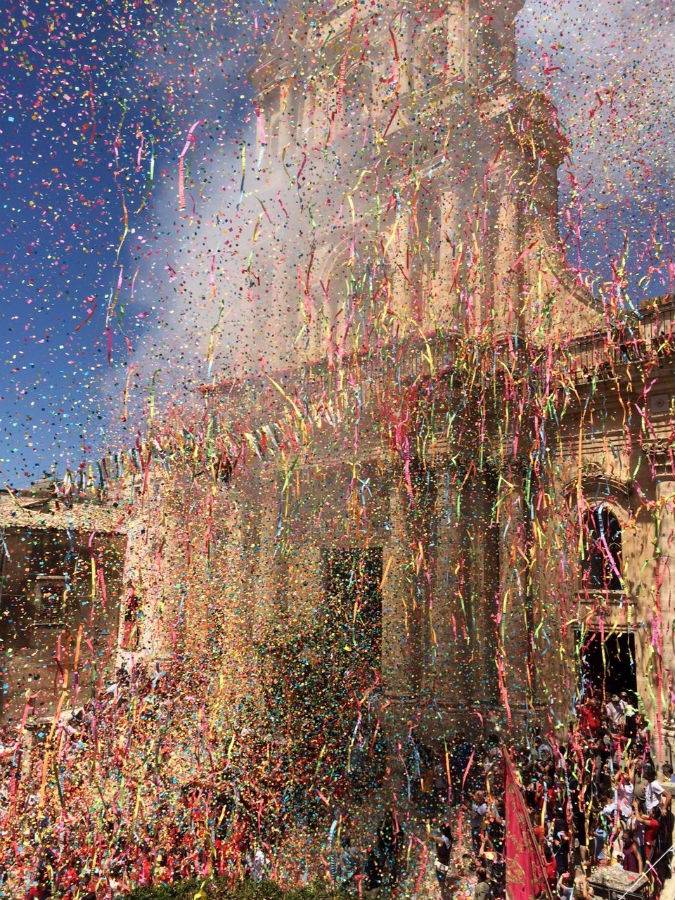 the church already existed in 1308, mentioned among those who paid the tenth to the Holy See. It was rebuilt again in the middle of the seventeenth century and was consecrated in 1665 by the bishop of Syracuse, Monsignor John Capobianco. In 1670 was erected a parish branch and sacramental. The earthquake of 11 January 1693 the razed risparminadone, however the baroque altar. The new church was rebuilt in the southern part of the new town and it was consecrated by the Bishop of Noto, Monsignor Benedict the old, 29 September 1872.

The current church has an impressive facade in late baroque style divided into three architectural orders, the top of which is constituted by a bell cell. On the cornice is engraved with the dedication of the building to the patron saint San Bartolomeo. In front of the facade is a wide and steep staircase, which contributes to giving impetus to the whole building, embellished by supporting columns with Corinthian capitals. The interior has three naves separated by doric columns the church preserves the body of the martyr Ilaria, gift of pope Alexander VII Principles Seventh Calvello, lords of Giarratana.

The altar spared by the earthquake of 1693, probably this is the high altar, is guarded together with an ancient 16th century statue of San Bartolomeo Ap. In Mother Church. The said altar has twisted columns and broken tympanum, in which is inserted the symbol of the titular saint, and hosts the sixteenth-century statue of the Apostle, portrayed standing in the act to evangelize all peoples, with in hand the sacred book, La Palma of the martyrs and the knife, symbol of his martyrdom. The statue and the altar are the object of veneration in the date of 11 January, the day on which it is recalled the earthquake of 1693.

The Church preserves moreover the blades made by Marcello Vieri in the years 1795-1799 (Madonna del Carmelo between two saints, Our Lady of Good Counsel with San Vincenzo Ferreri and the conversion of Paul). Another canvas of considerable importance is the "Martyrdom of San Bartolomeo" of 1736 work of Antonio Balistreri run by Don Filippo Piazza, inserted in an artistic frame of the XVII century, coming from the ancient Church pre-earthquake.