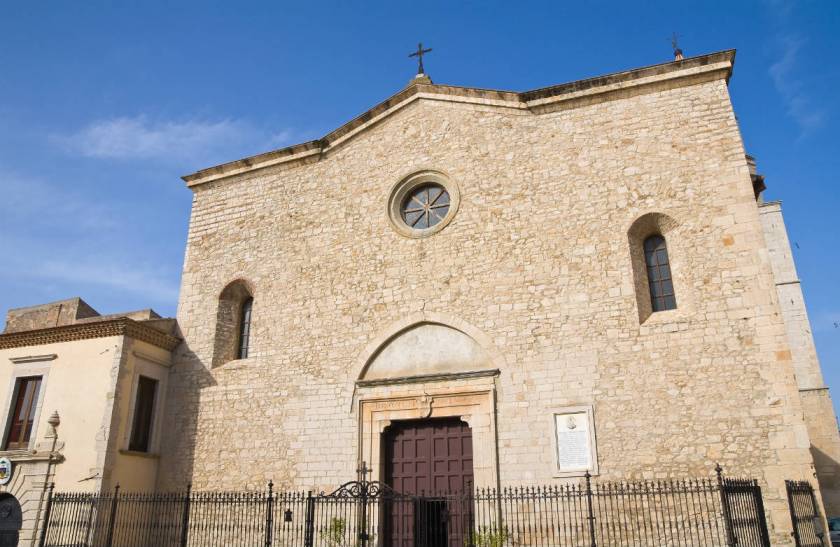 The Renaissance Cathedral of St Andrew the Apostle of Venosa has an overall height of 42 meters. The overlying part is composed of two prisms octagonal, that are the basis of the pyramidal cusp 10 meters high. The building was erected by order of Duke Pirro del Balzo, responsible for urban mutation of Venosa during the last decades of the Fifteenth Century. The Duke, who became the lord of the city, he obtained permission from the bishop to demolish the old cathedral and therein to build the castle, being the most vulnerable point of the city and the most subject to attacks. While the works for the castle went to constant rhythms, those of the cathedral, started in 1470, were concluded only more than thirty years after (in 1502) and the building was consecrated on 12 March 1531. Nevertheless, the structure was still incomplete campanile, whose preparation began in 1589 by order of the Bishop Rodolfo of Tussignagno, was continued in 1614 by Andrea Perbenedetti and finished in 1714.

The interior of the cathedral is an architectural style of the late Gothic type, strikingly conjugated with renaissance inserts and is divided into two floors and three naves. The naves are delimited by round arches, of which the central one promises, to its limit, two large arches that mark the area of the transept, beyond which the view goes to close on the apse a lunette shape. Descend into the crypt, you reach where is guarded the tomb of Maria Donata Orsini, wife of Pirro del Balzo, from which the duke had as good venous dotale in 1453. The Orsini died in this town in 1485, at the age of 54 years and, initially, was buried in the church of Santa Maria della Pace, outside the walls of Venosa. After one hundred years, his descendants decided to transfer the corpse and the marble monument in the Cathedral and the friars, opening the sepulchre, they felt his body, as well as his clothes, remained intact as if it were dead by little and allowed the faithful to be able to touch the deceased woman in order to be able to draw the miraculous healings. 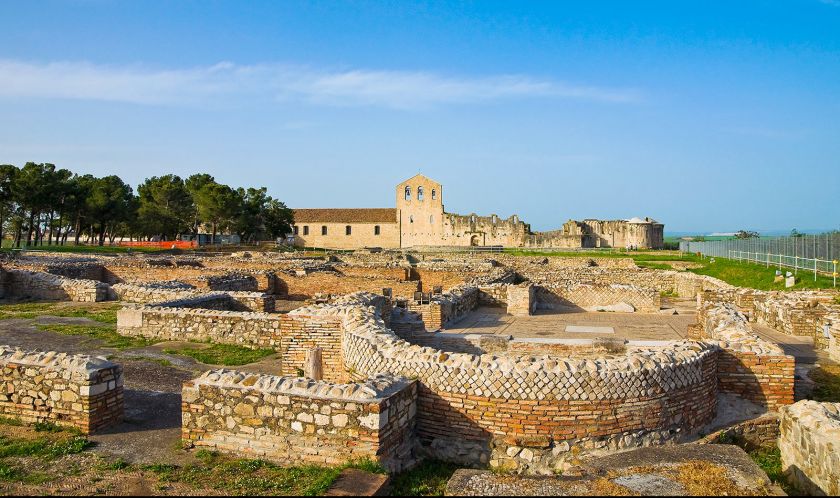 Via Caprera, 6 - 85030, San Paolo Albanese (Potenza)
111.84 Kilometers from St. Andrew's Cathedral
B&B La Voce del Fiume
An intimate environment, with an awakening between the scent of homemade cakes and going to sleep...

Via Armando Diaz , San Paolo Albanese (Potenza)
111.90 Kilometers from St. Andrew's Cathedral
Time Bridge Pub
A place with a warm atmosphere and a destination not to be missed during a stop in the village of...

Via Carrara, 26 - 85050 , Sasso di Castalda (Potenza)
54.66 Kilometers from St. Andrew's Cathedral
Farmhouse Fattoriabio
A company with a long tradition that has carried on its business in full respect of the surroundi...