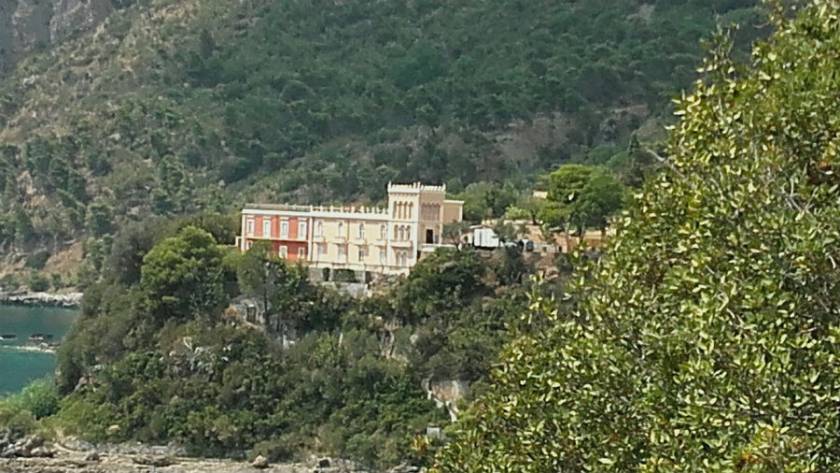 Villa Nitti Acquafredda di Maratea finds its origin in the nineteenth century and was built on pre-existing casina Marsicano, the center of an agricultural estate specialized in the production of oranges and grapes, property of the family of the same name. Then the building was that of a small rural house, elegantita small modifications only in the early Twentieth Century, that made stay of not great architectural relevance. In 1918, the Casina and sealing, in a panoramic position with view on the sea and on the whole coast, were purchased by Francesco Saverio Nitti, then President of the Council which he left to the villa the name with which is still remembered today.

The villa is a building developed in length along the coast of Acquafredda; the facade is divided into three parts starting from the left: the old Casina di two planes; the new central part, also two floors but in the style of the third party, namely the turret, three floors and projecting forward. The central part, with lines between the neogothic, the byzantine and the deco also features of the turret, has rectangular single lancet windows on the ground floor and to all sixth at the piano nobile; Termination, travelled from notched cornice, is occupied by a large terrace delimited by battlements neogothic typically, with the function of a balustrade.

The turret, peculiar feature of the village, it has a facade with sun openings to all sixth: a mullioned window on the ground floor, a three-mullioned window on the first floor, a quadrifora per second; such openings are supported by small columns with Corinthian capitals in cement. The termination, with a frame with three-lobed teeth, is also here dominated by neo-gothic merlons. Inside the tower has a large staircase that leads to the second floor, giving access to the terrace which overlooks the low part of the villa; on the roof of the Tower opens a wide circular skylight closed by a glass, which gives light to the entire environment in an original way.

The villa has also of the ancient rural outbuildings, example of architecture linked to the agricultural world of the area. Once existed in the seashore, a remittance for boats of Nitti, today lost.

B&B Il Sasso
A very convenient structure for any destination, without having to use the car, a stone's throw f...

Via San Nicola, 9, Sasso di Castalda (Potenza)
50.63 Kilometers from Villa Nitti
B&B Petra Castalda
A lovely B & B in the heart of the historic center of Sasso di Castalda, whose location allows yo...

Via Roma, 46, Sasso di Castalda (Potenza)
50.58 Kilometers from Villa Nitti
Il Borgo Ospitale Albergo Diffuso
It represents a real jewel immersed in a place of unparalleled beauty and is located directly in ...

Via Carrara, 26 - 85050 , Sasso di Castalda (Potenza)
50.16 Kilometers from Villa Nitti
Time Bridge Pub
A place with a warm atmosphere and a destination not to be missed during a stop in the village of...

Contrada San Giovanni, 85030 , San Paolo Albanese (Potenza)
55.68 Kilometers from Villa Nitti
Farmhouse Fattoriabio
A company with a long tradition that has carried on its business in full respect of the surroundi...