Abbey of St. Mary in Silvis

What to see in Sesto al Reghena, Pordenone, Friuli-Venezia Giulia 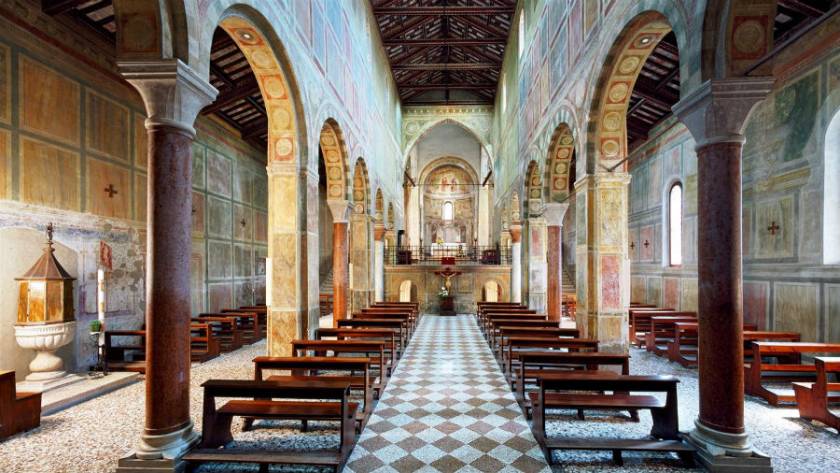 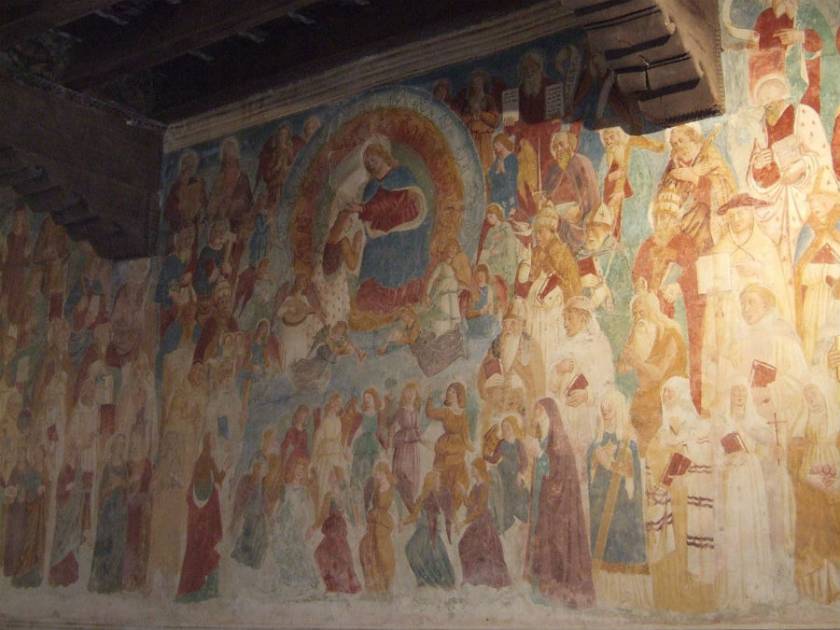 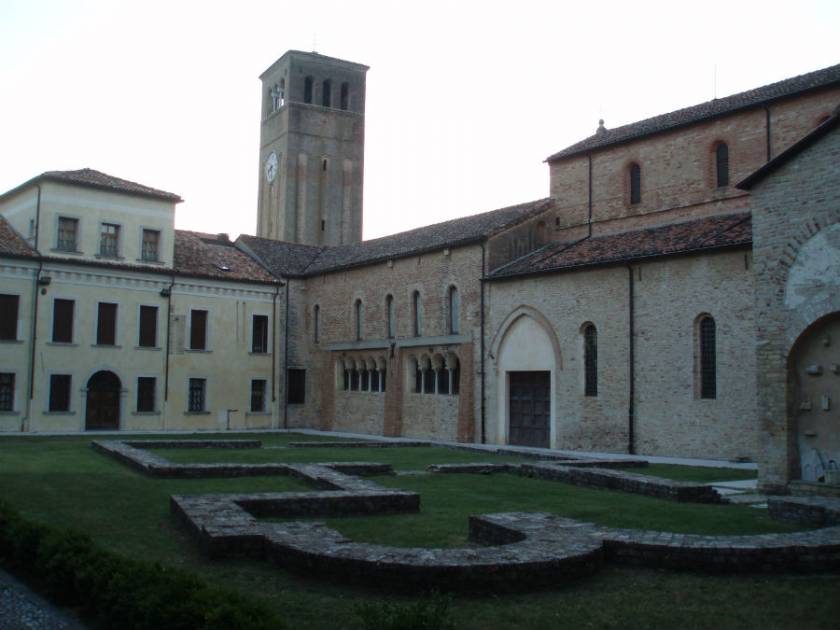 The Abbey of Santa Maria in Silvis at Sesto al Reghena was founded in 730-735 and belonged to the Benedictines from 762. In spite of the fall of the Lombard kingdom in 774 and the rebellion in the Duchy of Friuli in 776, which was harshly repressed by the Franks, the abbey maintained and increased its importance even later on, because Charlemagne, as king of the Lombards, in 781 granted Abbot Beatus a diploma confirming all the properties he had previously accumulated and also added exemption from any political, jurisdictional or fiscal interference by the secular authorities. In 899 the Hungarians ruined it, but the abbey rose again in the 10th century and was fortified. In 967 Emperor Otto I donated the abbey to Rodoaldo, Patriarch of Aquileia.

In the following years the economic growth of the abbey ensured wealth and prosperity for the monks and abbots, so much so that architectural, pictorial and sculptural works were commissioned from the best artists working in the Veneto-Friuli area. The fame and power of the Abbot of Sextus also grew in proportion, acquiring ever greater prestige within the patriarchate of Aquileia; in 1182 an abbot, Goffredo, became patriarch. From 1441 to 1786 the abbey became commendatory; the first commendatory abbot was Cardinal Pietro Barbo, who later became pope under the name of Paul II, and also in the following centuries the title often belonged to noble Venetian families. In 1818 the religious jurisdiction returned to the diocese of Concordia and, finally, the abbey title was re-established in 1921 and assigned to the parish priest pro tempore, belonging to the secular clergy.

In 1431 there were as many as seven defence towers, as depicted in the seal of Tommaso de' Savioli, the last residential abbot. Two remain visible today. One, which also serves as the entrance to the complex, originally had a drawbridge. The tower was restored by the commendatory abbots Giovanni Michiel and Domenico Grimani in the 15th century; in the 18th century the stone bridge was built to replace the drawbridge. The façade is dominated by a fresco depicting a lion of St. Mark, dating back to the end of the 15th century; just below is a bas-relief with the coat of arms of Cardinal Grimani with the date 1521; to the left is a fresco where the Grimani coat of arms is repeated, while to the right is a fresco of a coat of arms with a cross, whose owner is unknown. Further down one can see painted an allegory of good Venetian government and the Grimani family, whose members controlled both the Abbey of Sesto and the Patriarchate of Aquileia. Beyond the entrance tower is the large, recently paved courtyard, overlooked by all the main buildings of the abbey complex.

Right in front of the entrance is the bell tower, the second visible tower, once a lookout and watchtower. It is 33.60 m high with a square base of 7.70 m and built entirely of brick. It was probably built between the 11th and 12th centuries and is similar to other contemporary towers in the lagoon area, with vertical pilasters and rare openings along the sides. The face is embellished with tall double-arched arches, three on each side, of equal height on all sides, except on the south side, where the central arch was lowered at a later date to position the clock that first appears in a late 18th-century print. Next to the bell tower is a portal of Renaissance origin with a round arch supported by pillars. The whole is made more graceful by pilasters supporting an entablature with projecting corbels that copies the dentil cornice of the abbey palace.

Beneath the apsidal part of the church is the crypt, renovated between 1907 and 1914, when the major restoration work began. The crypt is characterised by a few small bays, covered by cross vaults, supported by twenty columns, some of which rest on ancient elements, while all the capitals have been redone. Along the perimeter walls are seats with dentil cornices, some of which are original. In the centre of the crypt is the Urn of St Anastasia. It is made of a single block of marble of Greek origin. The crypt is completed by two lateral apses where above the respective altars are placed a marble Annunciation and a Pietà.

Hotel In Sylvis
Former inn where imported wines were served.

Piazza Aquileia, 15, Sesto al Reghena
Agriturismo VI Pietra Miliare
The Agriturismo offers the best refreshment to those who travel while the accommodations are idea...

Via Cesare Battisti, 4, Valvasone Arzene (Pordenone)
16.79 Kilometers from Abbey of St. Mary in Silvis
B&B La contrada
The Bed & Breakfast La Contrada, in the heart of the village of Valvasone, is immersed in a frien...

Vicolo Monte Santo, 1, Valvasone Arzene (Pordenone)
16.84 Kilometers from Abbey of St. Mary in Silvis
B&B La contrada
The Bed & Breakfast La Contrada, in the heart of the village of Valvasone, is immersed in a frien...

Borgo Alpi, 5, Valvasone Arzene (Pordenone)
17.04 Kilometers from Abbey of St. Mary in Silvis
La Becjarie
Daniele and Raffaele of Becjarie of Valvasone, in Friuli, are waiting for you to make you taste t...

Vicolo Resia 1/2 - 33033, Codroipo (Udine)
18.23 Kilometers from Abbey of St. Mary in Silvis
La Becjarie
Daniele and Raffaele of Becjarie of Valvasone, in Friuli, are waiting for you to make you taste t...