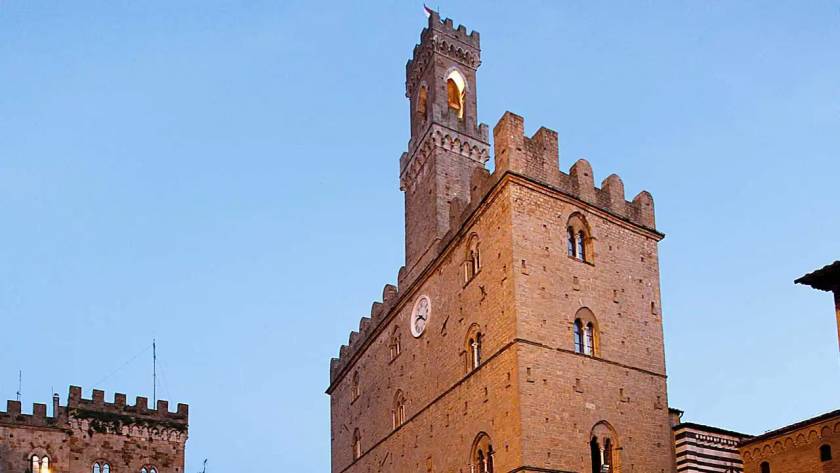 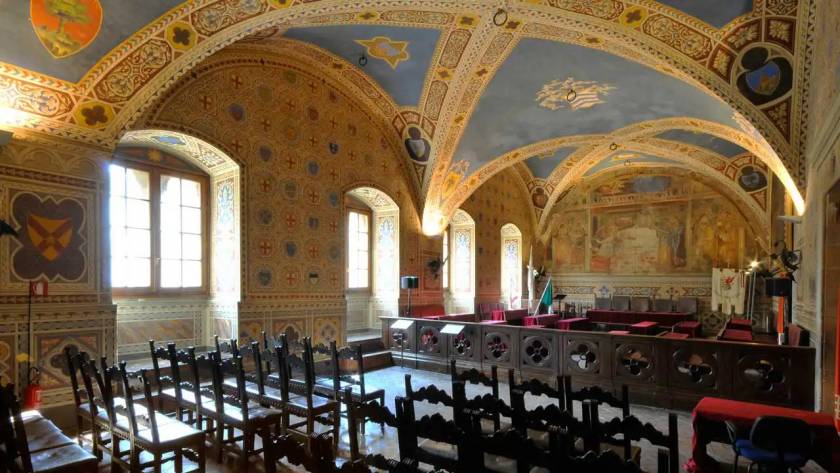 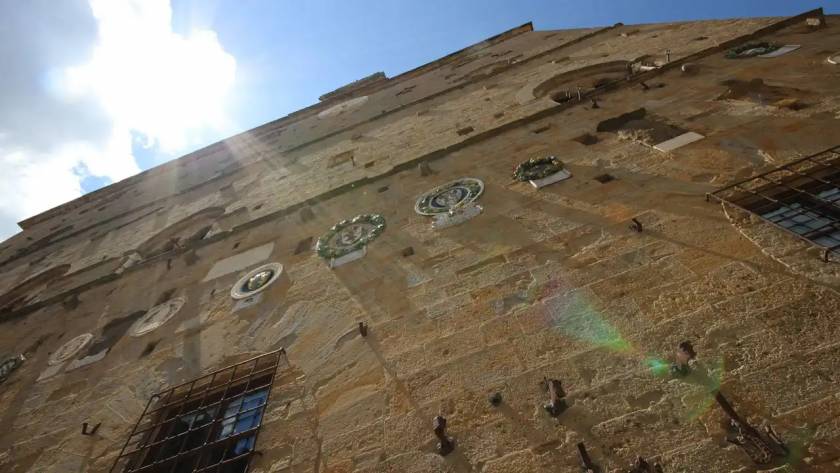 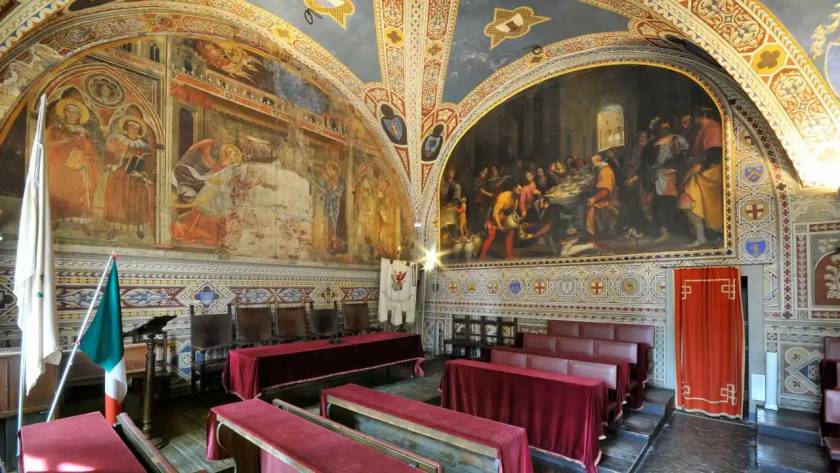 Palazzo dei Priori, formerly Palazzo del Popolo, now the Town Hall, was built from 1208 onwards and completed around the middle of the 13th century. The façade has undergone considerable alterations over time: in 1472, after Volterra lost its municipal freedom, the loggia and arches were demolished and the two right-hand doors giving access to the building were closed.

The terracotta and coats of arms, affixed in memory of the Commissioners who governed the city, and the lions, symbols of Florentine rule, on the side pillars, are very beautiful. Between the windows on the ground floor, engraved in the tufa stone, you can see the measure of the ancient municipality, the "Canna Volterrana".
As you look up, you can see the windows of the upper floors, intact, in Gothic style and the wonderful clock, dating back to 1393.

Tickets
Special combined ticket for the museums of Volterra
from 1st May to 30th September
7,00 euro
for the Art Gallery, the Alabaster Ecomuseum, Palazzo dei Priori, the Etruscan Acropolis and the Roman Theatre.

The combined ticket is valid for 7 days from issue.
Free for under 18s.