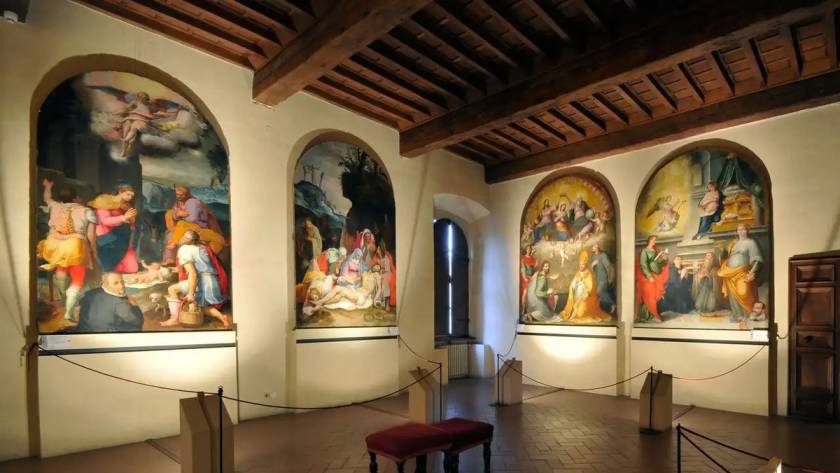 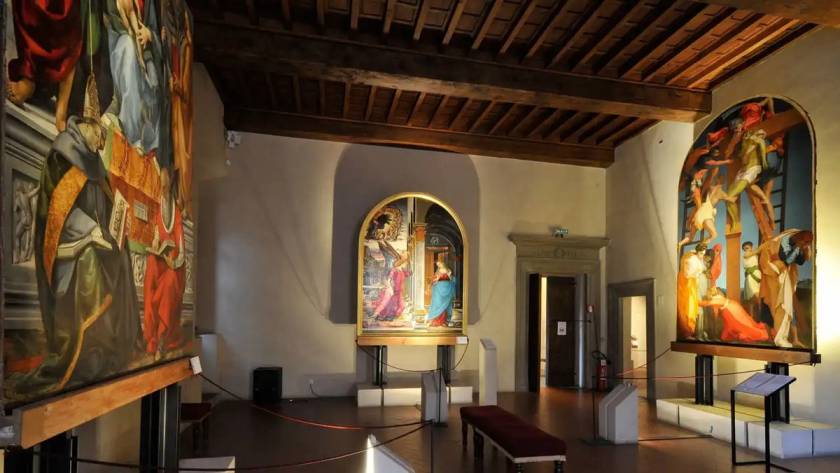 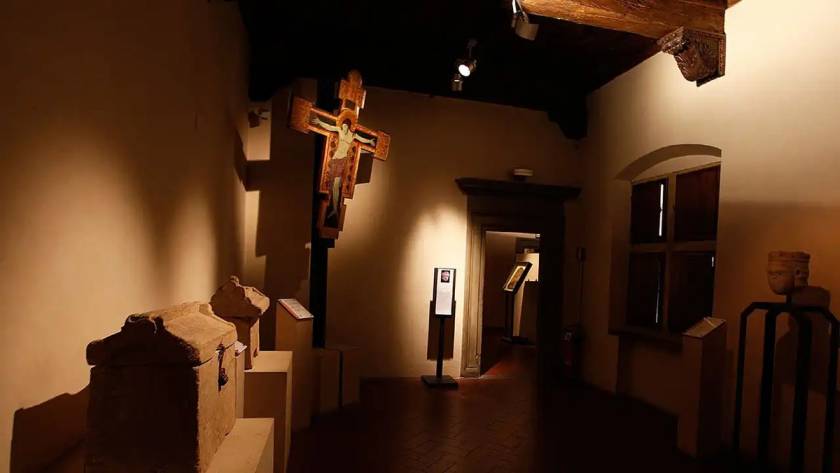 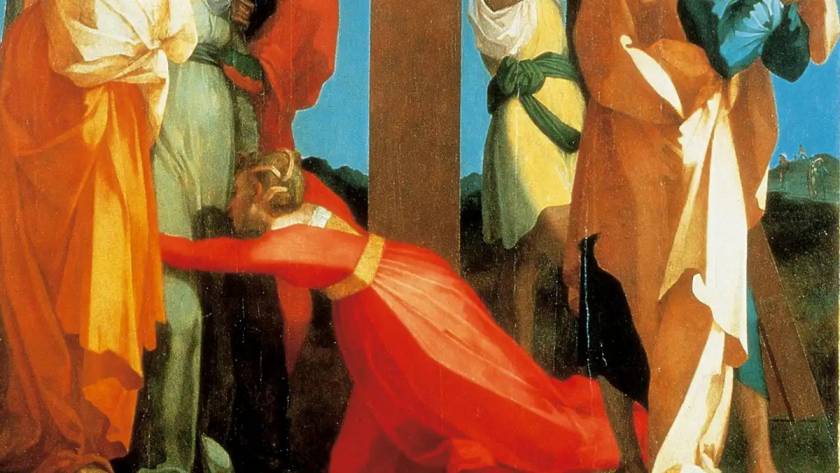 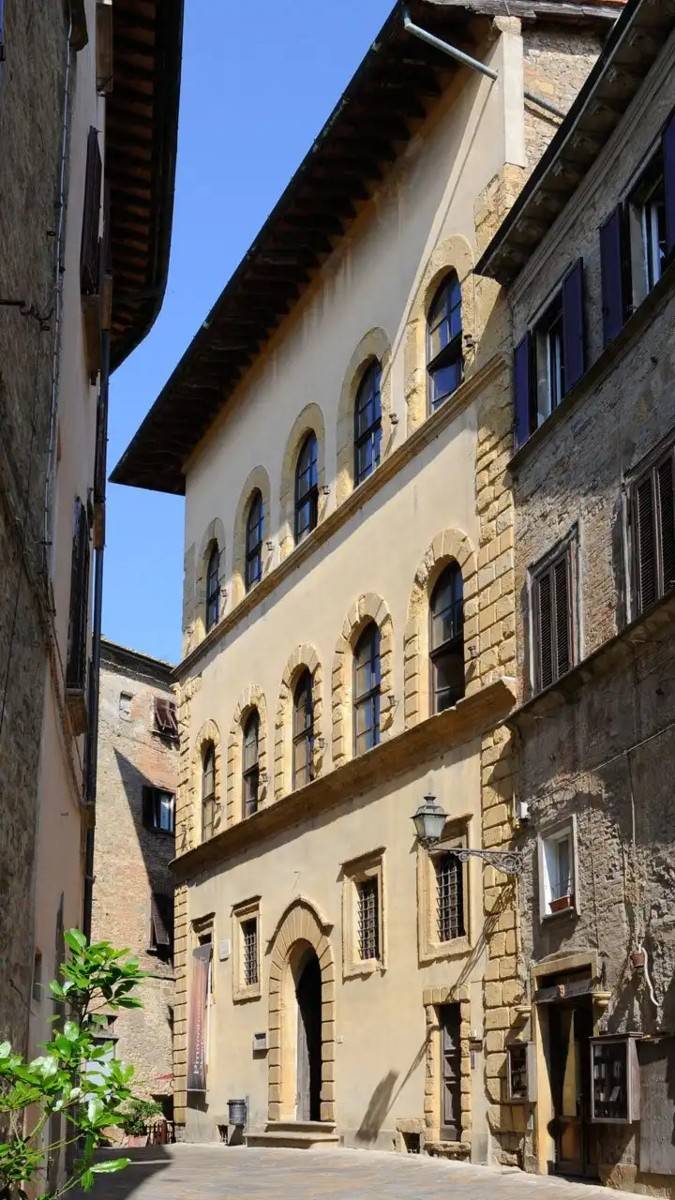 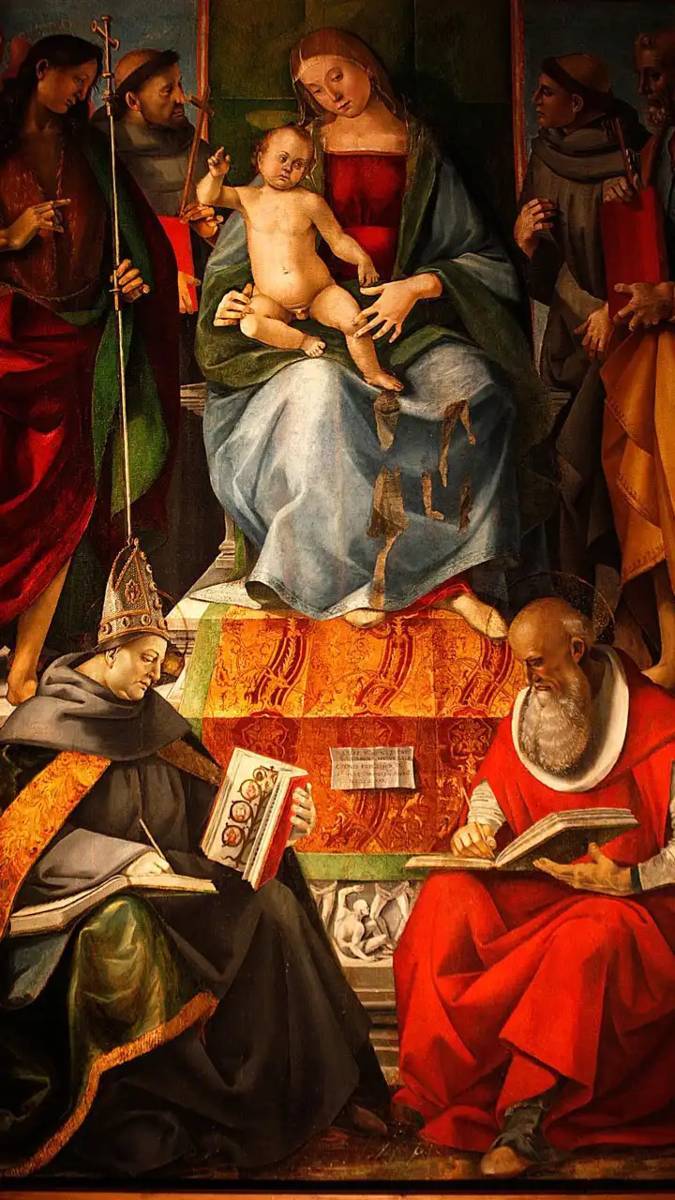 The Volterra Picture Gallery dates back to 1842, when Luigi Fedra Inghirami, a cathedral worker, began to collect paintings from churches, monasteries and suppressed companies in the chapel of San Carlo (annexed to the Cathedral).

In 1905, at the suggestion of Corrado Ricci, a municipal painting gallery was set up on the second floor of Palazzo dei Priori, housing the most significant works in the chapel of San Carlo, other municipal and state-owned works, as well as a number of paintings from churches and city institutions.

Since 1982, the Painting Gallery, or Pinacoteca, has been housed in the rooms of Palazzo Minucci-Solaini, a remarkable example of a late 15th-century palazzo, traditionally attributed to Antonio da San Gallo the Elder. Today, the Pinacoteca, which is the most important section, is flanked by the Museo Civico, consisting of works of great historical and artistic interest, belonging to bodies no longer able to ensure adequate protection or satisfactory enhancement.

Among the most significant works are the famous and grandiose panel of the Deposition by Rosso Fiorentino, the polyptychs by Taddeo di Bartolo, Alvaro Pirez and Cenni di Francesco, the Pietà by Francesco Neri da Volterra, a predella with stories of the Virgin by Benvenuto di Giovanni, two wooden sculptures by Francesco di Valdambrino, the altarpiece of Christ in Glory by Domenico Ghirlandaio, the Sacred Conversation and the Annunciation by Luca Signorelli da Cortona, a large collection of medieval sculptures and ceramics, a rich medal collection (the Medici collection is interesting) and a numismatic collection of considerable interest.

The Pinacoteca organises exhibitions and temporary shows, sometimes in collaboration with other bodies and institutes, focusing on the city's cultural heritage. Conferences and study seminars on subjects related to the collections are now part of the regular programmes.
The didactic activity, extended to all citizens, is aimed in particular at schools and students of all levels, offering paths aimed at the knowledge and analysis of the individual artistic realities.

Tickets
Special combined ticket for the museums of Volterra
from 1st May to 30th September
7,00 euro
for the Pinacoteca, Ecomuseo dell'Alabastro, Palazzo dei Priori, Acropoli Etrusca and Teatro Romano.

The combined ticket is valid for 7 days from issue.
Free for under 18s.