Sanctuary of Our Lady of the Book

What to see in Castelnuovo Val di Cecina, Pisa, Tuscany 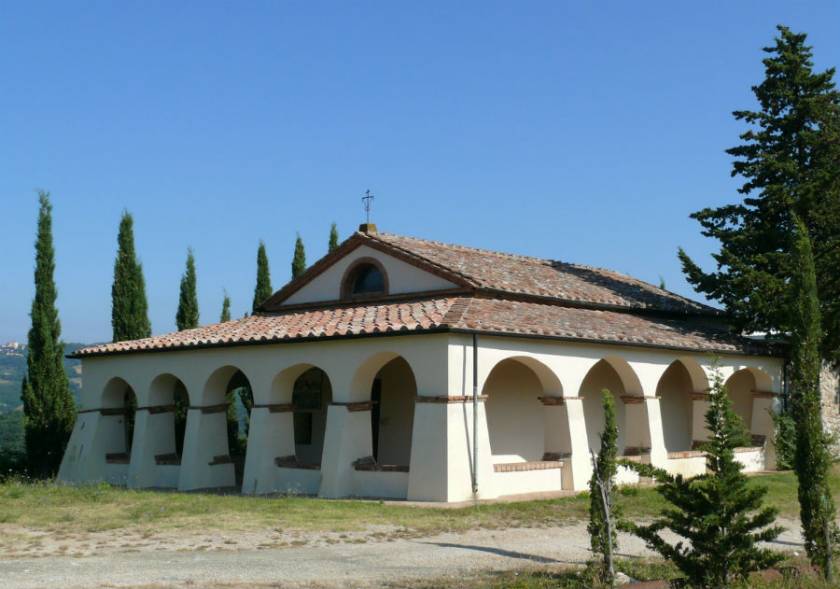 The origin of the Sanctuary of Our Lady of the Book, near Castelnuovo Val di Cecina, is connected to a miraculous event happened during the war that Lorenzo de' Medici moved against Volterra in 1472. The defenseless population addressed to the Virgin supplications and prayers until it appeared to a woman of the place promising peace and security. Thus was born the devotion, still alive today, for the Madonna delle Grazie, called also book.

The church has a T shape with portico trilatero and massive bastions external supporting asymmetric arcades. It takes its name from a painting of the Virgin with the Child crowned by two angels, rapt in reading a book, Matteo di Pierantonio de' Gondi, that here was venerated until 1958, when for safety reasons the church was closed to the public, and the painting transferred in the parish church of San Bartolomeo, where today is guarded. A short distance from the church is the source of the milk, a thermal source that according to tradition enjoys the reputation of bring the milk to mothers.