What to see in Castelnuovo Val di Cecina, Pisa, Tuscany 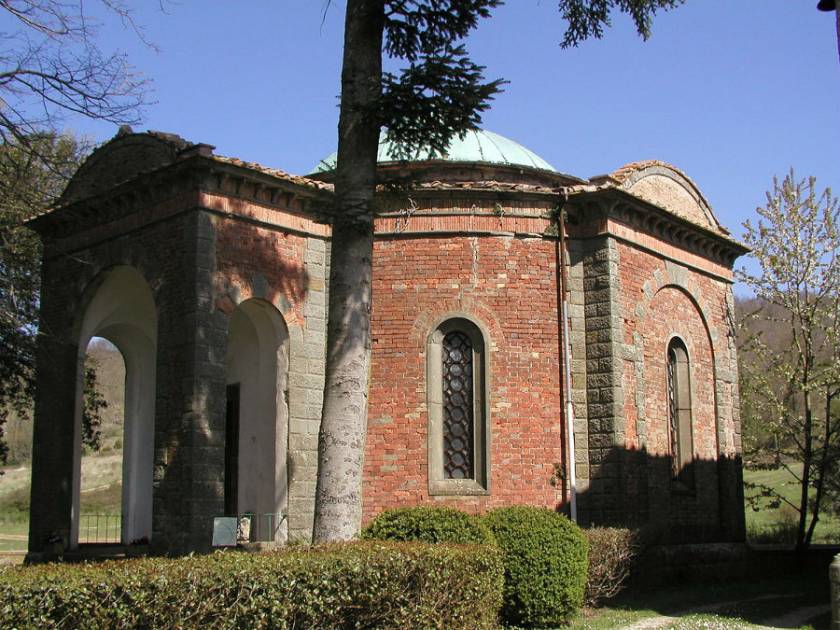 the chapel of Sant'Ottaviano near Castelnuovo Val di Cecina, is located at a short distance from the medieval castle, now in ruins, a fief of the Pannocchieschi d'Elci; it was built in the eighteenth century after the passage of ownership in favor of Ricciarelli of Volterra.

Has a linear trend squared and develops on three floors with a salient reason constituted, in facade, by the presence of two thin lateral lugs sections from signatures in stone. The villa was restructured around the middle of the XIX century and in 1830-1851, on the square where there is a fourteenth century source, closed by a portico, was raised the Chapel with central plan. The construction of the chapel dedicated to Sant'Ottaviano, where you will find some graves of the family Ricciarelli, is the work of one Jughetti, employee of the same family.