What to see in Grazzano Visconti, Piacenza, Emilia-Romagna 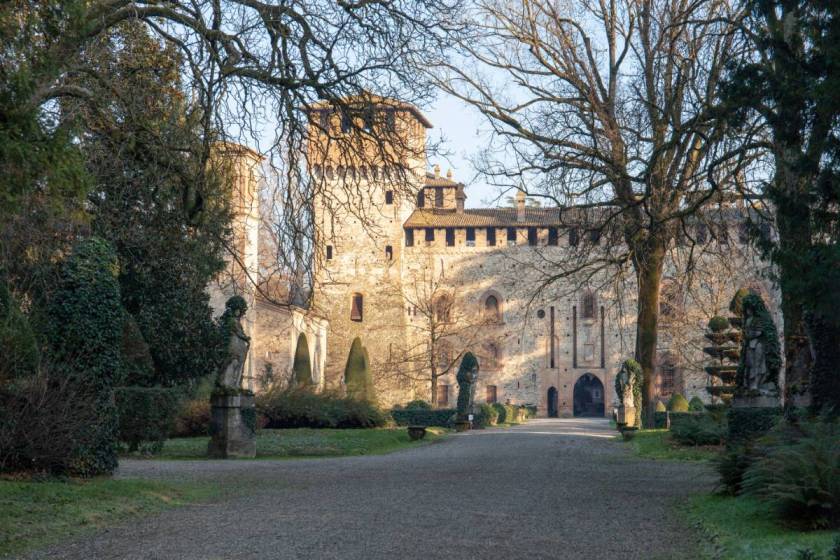 Ancient fortress dating back to the end of the fourteenth century, the castle of Grazzano Visconti was built for a dual function: residential and defensive.
The structure has a quadrangular plan with towers placed at the corners, two of them cylindrical and two square. Built of stone and brick, inside the castle there is a square courtyard surrounded by arcades.
Today there are still the remains of the drawbridge that allowed access to the fortress.
To make the castle even more spectacular is the adjoining park, built between the late nineteenth and early twentieth century at the behest of Giuseppe Visconti di Modrone. This beautiful green space, dotted with statues, fountains, columns and many varieties of trees and shrubs, is also suitable for a visit with children.
The castle can be visited from March to October, upon purchase of the ticket, with the possibility to book a guided tour.

Piazza IV Novembre, 2 - 29010, Vernasca (Piacenza)
22.14 Kilometers from Castle of Grazzano Visconti
Albergo Ristorante Piacentino
The ideal place to find relief and have a rest, it has been open for four generation. The homemad...

Via Libertà, 12, Castello di Vigoleno, Vernasca (Piacenza)
22.15 Kilometers from Castle of Grazzano Visconti
Bar Pasticceria Davico
The pastry's war-horse are the brioches filled with handmade creams with special flavours such as...