What to see in Castell'Arquato, Piacenza, Emilia-Romagna 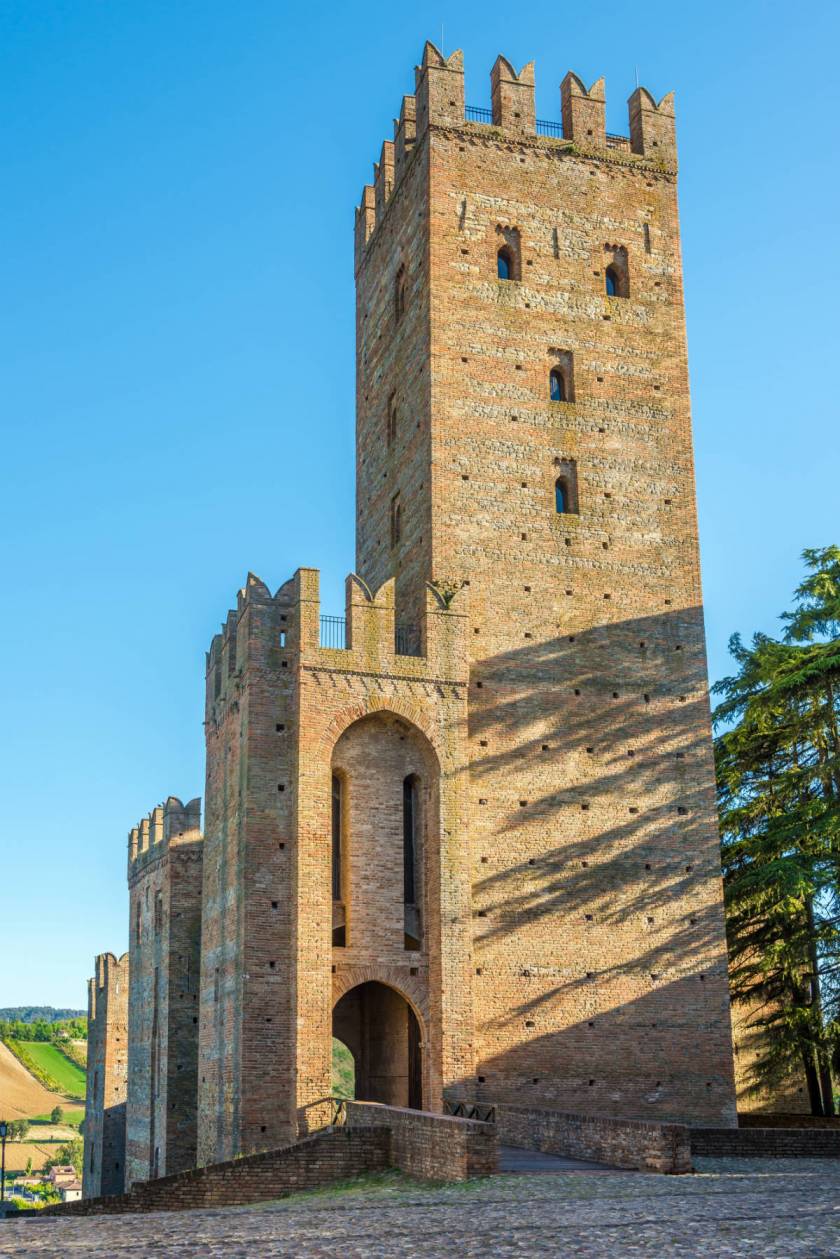 Built on the initiative of the city of Piacenza in 1342, the Fortress was reinforced and completed by Luchino Visconti in 1347. This is a massive brick building, purely defensive, in dominant position strategically over the surrounding valley. Moreover, the high tower towering over the square of the village was the double function of defense against external enemies and control over the inhabitants. The fortress, located on the site where once stood a Roman military settlement (called Castrum Quadratum), has a shape unusual. The structure is surrounded by a double order of walls: the lowest, that is also wider, covers two levels where habitually resided soldiers and where, in the event of danger, you could escape to citizens; the walls higher, perpendicular to each other, was reserved to the command of the garrison. The high tower, excellent observation point, was built for defensive purposes and military and it never became a noble residence. In the XIX and XX century, until the 1960s, the fortress was used as a prison. In 1985 in Castell'Arquato were shot many scenes from the film "Ladyhawke" with Michelle Pfeiffer, Rutger Hauer and Mattew Broderick. Therein is housed the Museum of Medieval Life", which shows the techniques of siege, the history of the country and the techniques of fortification.

Via San Nicola 11, Bobbio (Piacenza)
39.15 Kilometers from Visconti Fortress
Bar Pasticceria Davico
The pastry's war-horse are the brioches filled with handmade creams with special flavours such as...

Via Caneto, Castell\'Arquato
Casa Benna
From the end of 90’s onward, continuous improvements have been made with regard to vineyard culti...