What to see in Citerna, Perugia, Umbria 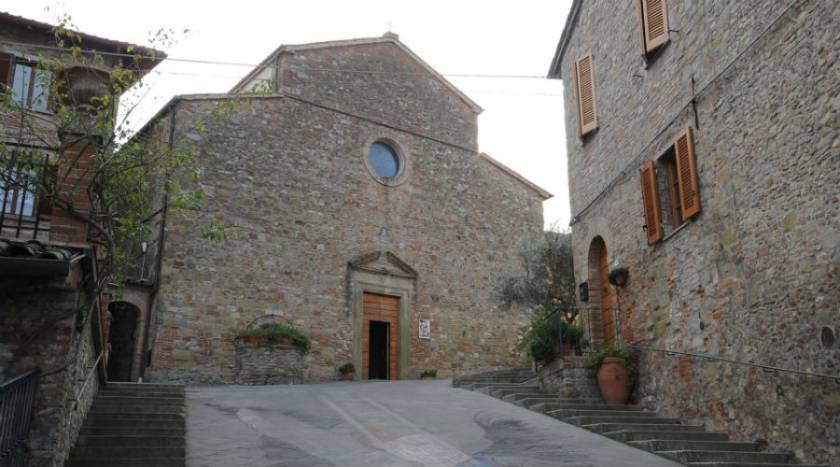 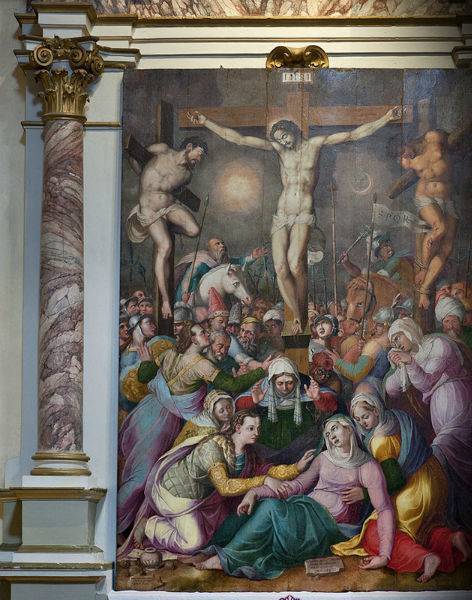 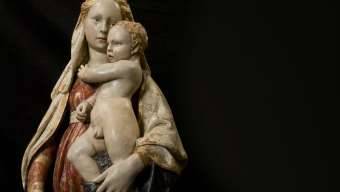 The first Franciscan settlement in Citerna was a small convent built outside the city walls that was severely damaged by a fire in 1316; thereafter the friars ne rebuilt another little distant that took the name of the Convent of the Observants. During the second half of the fifteenth century the friars decided to move their convent inside the village of Citerna and enlarged a small church already existing inside the city walls, which was regularly officiated every Sunday. The current structure, then, that overlooks the majestic along Corso Garibaldi, was rebuilt in the XV century, together with the adjoining convent, above a pre-existing building; the remains of the latter can in fact glimpse in the low part of the facade.

The church has a Latin cross plan and is considered a sort of "church museum" because inside it preserves works of great artistic value and in the coming months will be reopened to visitors. Along the walls of the nave there are four altars made of wood and covered with gold in the typical baroque style that host works very interesting. In the first altar on the left is in fact an oil painting in which is painted an Annunciation by an unknown author (XVII century); in the second it is a canvas with represented a Franciscan saint who supports San Giovanni, the immaculate and the prophet Isaiah (XVII century).

The high altar is located in the center of the nave and is adorned with chandeliers and reliquaries finely worked and is behind this that is placing the majestic wooden choir, made of walnut (XVI century), equipped with 25 benches and a monumental lectern. At the center of the Choir was placed a Madonna with Child sculpted in painted terracotta attributed to Donatello. In the bottom wall of the left transept we find ourselves in front of the majestic wooden altar of the SS. The Crucifix at the center of which there is a wooden crucifix of the byzantine style and it seems that its dating dates back even to 1200. Behind the same there is a table with the depiction of the Madonna and St John set in a beautiful landscape and on the sides two other tables with Saint Francis and Saint Jerome; all the pictorial complex has been attributed to Raffaellino del Colle (1490-1566 Sansepolcro).

To the right of the altar of the SS. The crucifix there is dedicated to Santa Maria Maddalena that hosts a tempera on wood with the Deposition painted by Nicolò Circignani, known as Pomarancio (1530/35c.-1592), signed and dated 1570 on the stone in the bottom right. The work is divided into two parts: in the upper part the deposition from the cross of the body of Christ is now dead and down the faintness of the Virgin supported by Sant'Anna and Mary Magdalene. On the right transept are two altars; in the first we can admire a table with Christ in glory still attributed to Raffaellino del Colle and the second is a table a Madonna on the Throne and Saints (sec. XVI) by an unknown author.

Vocabolo Perticara, 138, Massa Martana (Perugia)
87.30 Kilometers from St. Francis' Church
Residence Menotre
A cozy vacation home in the village of Rasiglia. The Residence Menotre is a magical and relaxing ...

Via Rosciano, 49 – 06010, Citerna
Lacole Casa Italiana
A fantastic furniture showroom in Pistrino di Citerna that houses some of the most sumptuous room...

Via Roma, 11, Castiglione del Lago (Perugia)
41.79 Kilometers from St. Francis' Church
Paniﬁcio Pucci
The Pucci bakery confectionery has been offering for years its customers a rich production of swe...