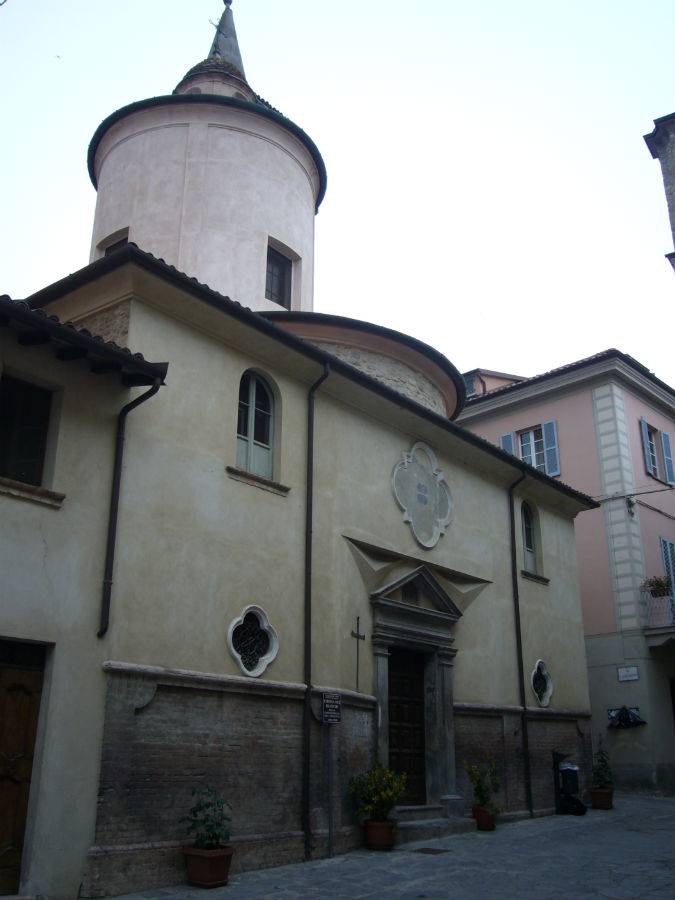 the company of the Battuti of Varzi and the Arch Confraternity of the Gonfalon of Rome, in 1636 they decided to build a their oratory, since they could no longer reside on the premises that had rented in the church of the Annunziata (which was located at the bottom of via Porta Sottana) because the water of Stàffora li encroached periodically.

On the north side of track inside we find the Whites' Church, built in 1646 by the Confraternity of the Gonfalon (the name of this oratory derives from the color of the hood that wore the members of the Brotherhood). This oratory is unique in its genre, because despite being very small, its interior is made in the form of a four-leaf clover, in imitation of the great cathedrals.

Via San Nicola 11, Bobbio (Piacenza)
16.14 Kilometers from Whites' Church
Bar Pasticceria Davico
The pastry's war-horse are the brioches filled with handmade creams with special flavours such as...

Piazza Duomo 10, Bobbio (Piacenza)
16.28 Kilometers from Whites' Church
Bocù – Bottegacucina
BOCU’, in the village of Garbagna, is a restaurant with daily culinary proposals, inspired by the...