The Sanctuary of the Blessed Virgin of the Holy Rosary

What to see in Fontanellato, Parma, Emilia-Romagna 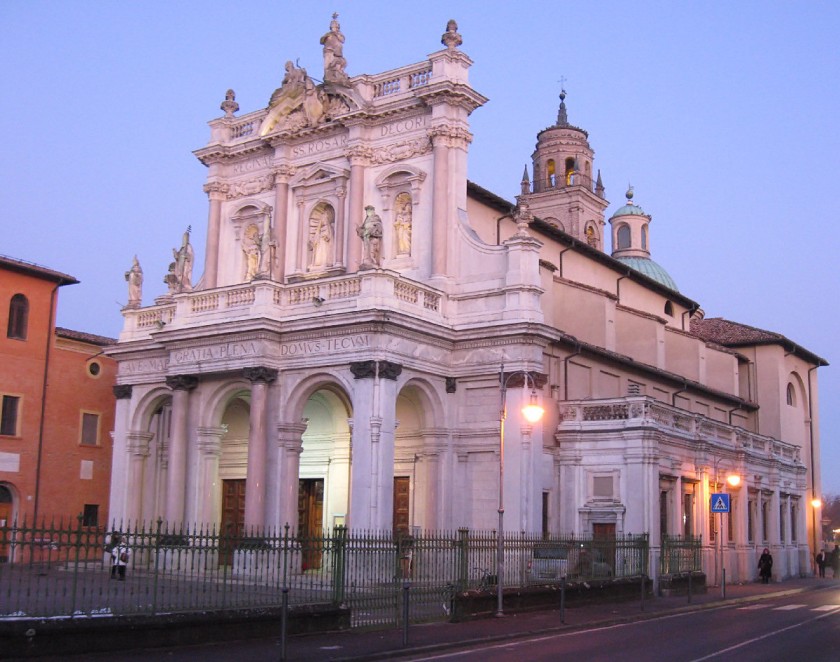 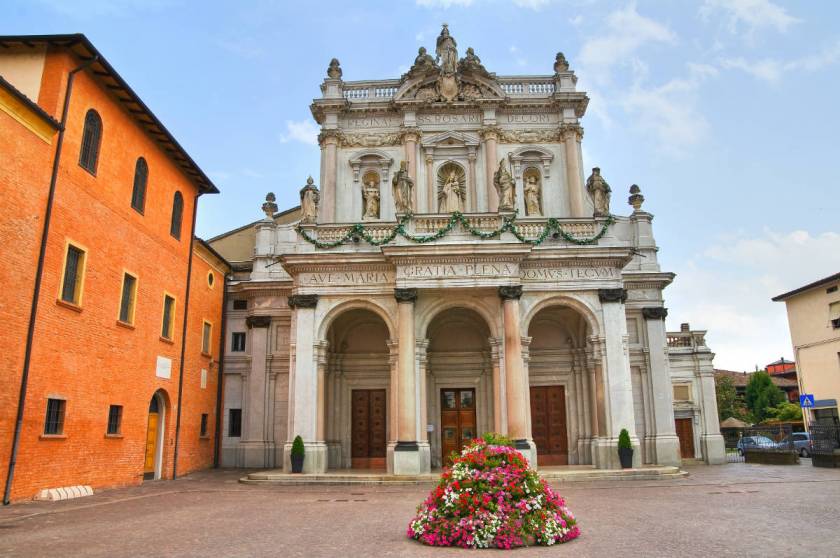 In the last years of the XVI century was instituted in the conventual church a confraternity dedicated to Our Lady of the Rosary, with its own chapel, whose altar in 1615 was enriched with a wooden statue of the Virgin clothed with opulent clothes, sculpted by an unknown parmesan artist. Already in 1628 it was associated with the Madonna di Fontanellato the first miracle; the subsequent plague of 1630 regarded the village of Fontanellato only marginally, increasing among the faithful the supernatural fame of Our Lady of the Rosary. The strong popular devotion, due also to the following miracles that were associated with the Virgin of the Rosary, pushed the Dominicans to take from 1641 construction work outside the country of a new church and wider rich, able to accept the many faithful who went on pilgrimage; the place of worship baroque was completed, mainly thanks to funding of the Sanvitale family, with the solemn consecration of 18 August 1660, the presence of the bishop of Fidenza Alessandro Pallavicino. The Church develops on a Latin cross plan, with a single nave and four chapels on each side, in addition to the transept and choir of limited amplitude. The monumental facade neobarocca, made entirely in white marble, is preceded in the middle by a wide portico, raised upon four pillars enriched by pilasters and, at the sides of the arch to all sixth central, two columns with Ionic capitals in bronze, in addition to lower tuscan semicolumns, architraves and friezes; crowning rises an elegant balustrade with columns, in support of four statues of saints; the two sculptures outermost, depicting San Ludovico Bertrando and Santa Rosa da Lima, come from the original facade, like those representatives San Domenico and San Giuseppe, located in two lateral niches of the prospectus. The high forehead, characterized at the lower level from the same decoration of the portico, above is marked by four half-columns with Corinthian capitals, in support of the processed architrave with projecting frieze; three large niches with frames, columns and timpani enclose as many statues, of which the central one depicting the Madonna of the Rosary of Fontanellato; in top stands the rich pediment central circular, decorated with coats of arms and reliefs and crowned by the three statues of Hope, Charity and, at the center, faith; the sides there are two elegant balustrades with columns that conclude at the ends in the bases of the two vessels.

Contact The Sanctuary of the Blessed Virgin of the Holy Rosary

Alamiré Suites & Studios
A lovely location located in the medieval heart of Parma in which to spend an unforgettable exper...

Borgo Montassù, 3, Parma (Parma)
14.74 Kilometers from The Sanctuary of the Blessed Virgin of the Holy Rosary
Castello di Vigoleno
The Castello di Vigoleno is an elegant and refined place where you can stay or enjoy the art of g...

Via Caneto, Castell\'Arquato (Piacenza)
23.38 Kilometers from The Sanctuary of the Blessed Virgin of the Holy Rosary
Casa Benna
From the end of 90’s onward, continuous improvements have been made with regard to vineyard culti...