Parish Church of the Sacred Heart of Jesus 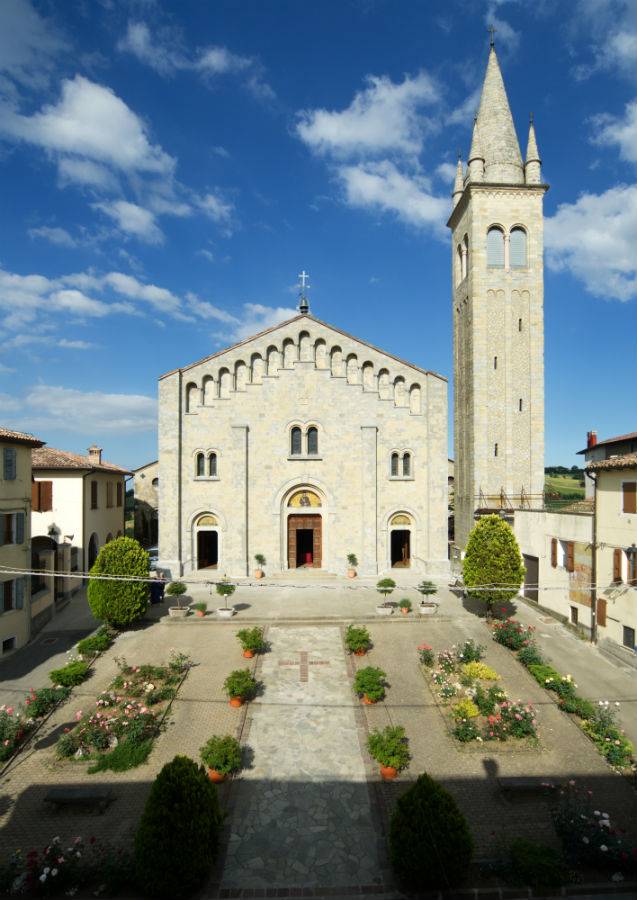 the church is dedicated to S. Giacomo Martyr in the Sanctuary of Sacred Heart of Jesus. It was built starting from 1895, in replacement of the seventeenth-century oratory of San Contardo d'Este, demolished in 1926.

The designer was the engineer Carlo Barberi, author of the parish of San Cataldo in Modena, Castelvetro, Maranello, cyano and Levizzano, in the forms of medieval revival. It was constituted in the parish in 1929 and has the title of Arcipretale. The beautiful church, with an eclectic architecture that combines the style neoromanico neobizantini memories, and the slender bell tower dominate in a panoramic position in the country and the valley.

The bell tower is from the second decade of the twentieth century, was concluded by a conical cusp between four torricini analogs, and seems to quote from the Romanesque period of the Sagra di Carpi. The concert of four bells allogato is in wide cell of the bell tower, on which is placed a plaque that says "Haelii Monzoni et Sac. Ludovici Monzoni munificentia A.D. MCMXXIX": the bell tower was built for the munificence of the Monzoni Helium and Sac. Don Ludovico in the year 1929".

The church is decorated with frescoes by the painter Count Giacomo Gemmi, active mainly in Bologna, in a stylistic language that retrieves ways both Byzantines that renaissance; in the crypt there is a grotto dedicated to Our Lady of Lourdes, in which is allogato a Sacred Heart of 1911, the painter modenese Gaetano Bellei .