What to see in Castelvetro di Modena, Modena, Emilia-Romagna 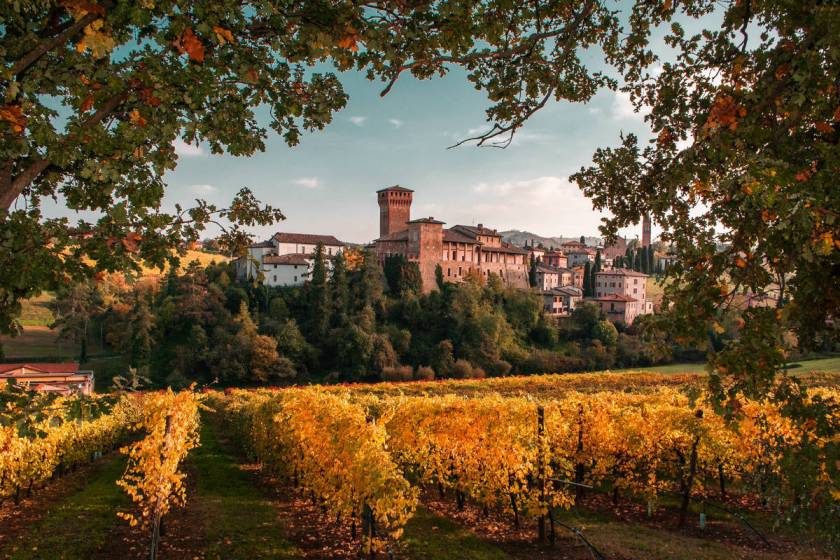 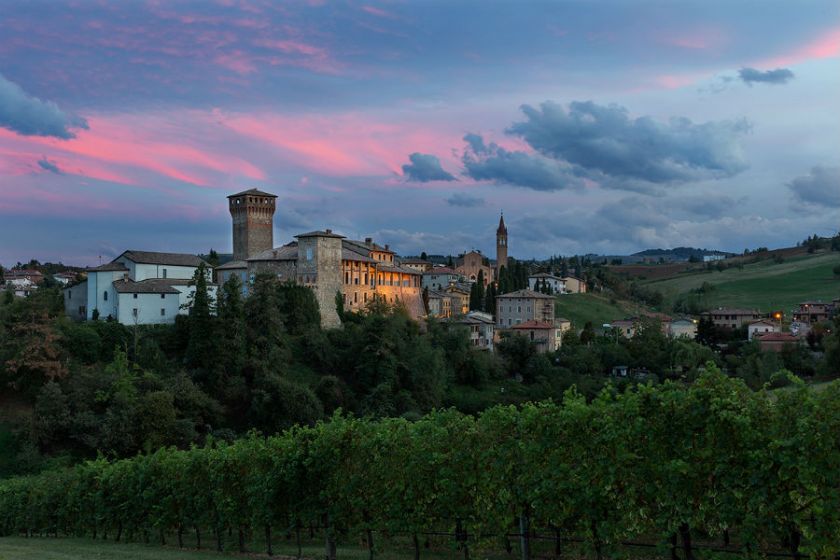 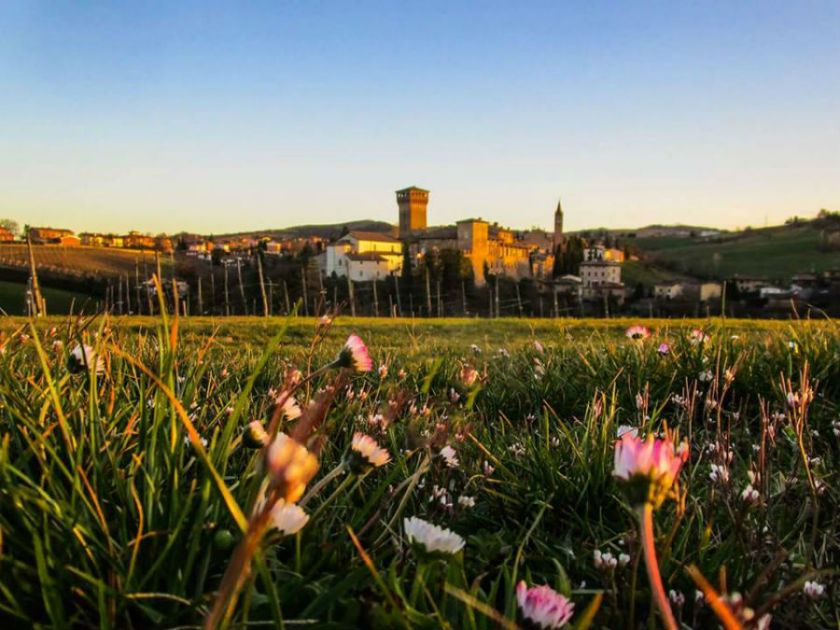 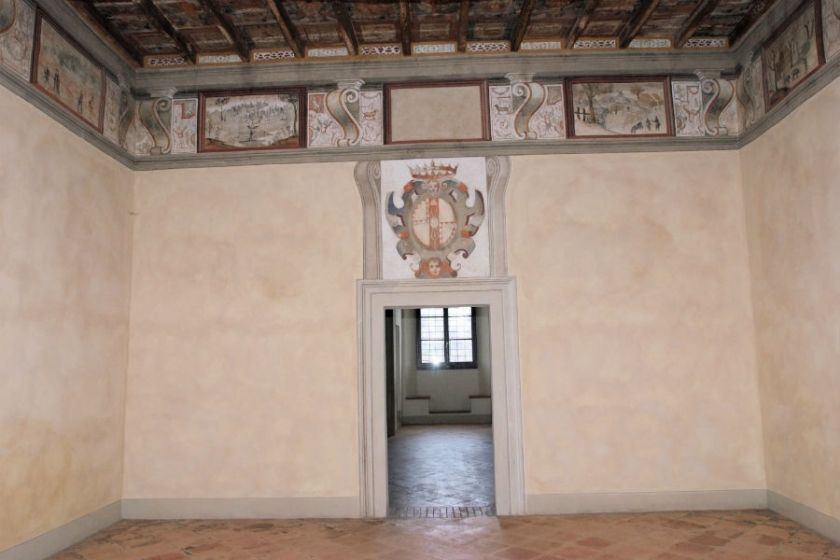 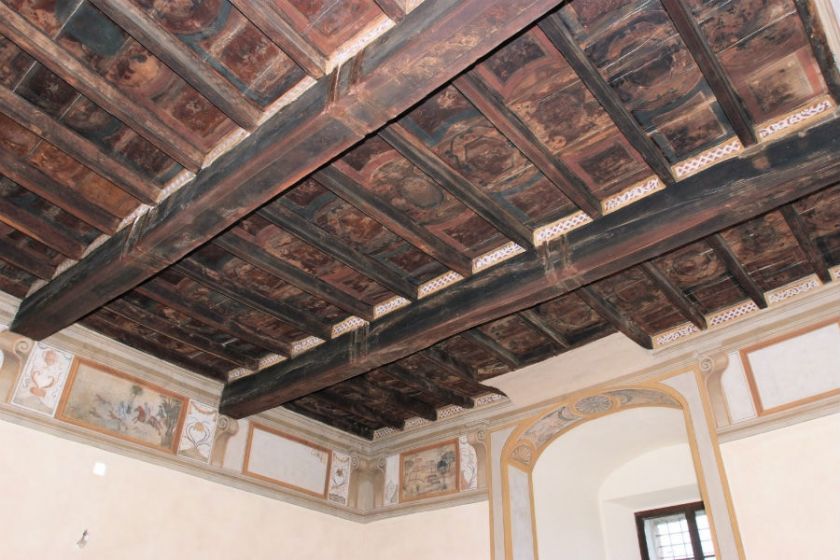 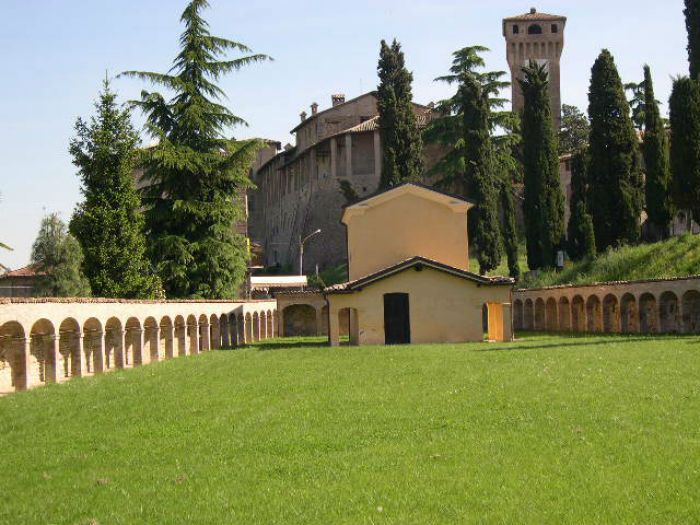 Located between wonderful hills nearby the homonymous town, its structure consists in a surrounding wall which includes the so called “Matildic Tower”. The tower had, from the beginning, sighting functions but it also represented a command site (the keep), since there was the residence of the lords of the castle. We have certain information about the restoration work carried out by the Rangoni family in the 18th century, at the time when the church inside the castle was rebuilt. Of square plan, with mixed masonry structure of brick and stone, the tower is crowned by small corbels, dating back to the 15th or to the second half of the 14th century, joined together at the top by arches, supporting the roof with four gables. The Matildic Tower, currently houses the “Museo della Canapa” (“Hemp museum”, a cultural heritage and tradition of the local community) as well as the “Congrega del Balsamela” (history and traditions of Apple Balsamic Vinegar). The Matildic Tower can be visited when the Castle is opened to the public. Starting from the XII century, the buildings have been fortified and enlarged; in particular, a portion of the Feudal Castle has been built next to the watchtower situated next to the main entrance. The two buildings are connected by an underground tunnel. Around the XVIth century, all the buildings faced many important transformations the construction of the so called “Bishops’ Rooms” appears to date back to this period; the rooms present beautiful ancient wooden roofs and wall paintings dating back to the Renaissance. The Castle of Levizzano offers a very evocative setting for the organization of events, cultural activities, exhibitions, conferences, seminars, weddings and receptions, in a dominant position, on the beautiful hills of Levizzano Rangone. Several rooms are available to choose the ideal location for any event. On the main floor, the main hall, leads to the charming porch overlooking the hills dotted with vineyards.

Via Castellino, 1768/A, Guiglia (Modena)
11.18 Kilometers from
La Quiete Kiosk
La Quiete Kiosk is located inside the Roccamalatina's Stone Regional Park near the village of Zoc...