What to see in Irsina, Matera, Basilicata 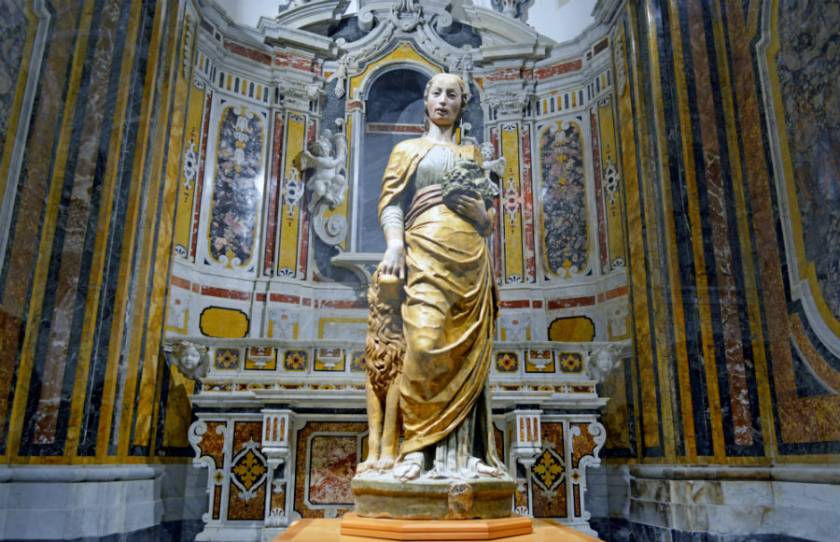 According to a tradition the church dedicated to Santa Maria Assunta was rebuilt in Romanesque style after a fire in 988 by prince of Salerno, John; was still reconstructed and enlarged after a sacking in 1133. The church was then substantially rebuilt in baroque style in the XVIII century and consecrated in 1802. Only the bell tower, in addition to the Romanesque crypt, has retained its original appearance, romanesque in the lower part and Gothic in the upper one, with mullioned windows and hanging arches.

The facade has in baroque Neapolitan, with a central portal richly decorated. The interior has a Latin cross plan with three naves divided by pillars and ending with three apses, with transept surmounted by a dome, and with lateral chapels. Among the works of art worthy of mention, remind you of the baptismal font in red marble and wooden crucifix from the school of Donatello, both of 1454; the Romanesque crypt with a Greek cross plan and pillars, part of which rests on the living stone and finally the controversial statue of Sant'Eufemia, patroness of the city, which was attributed after several disputes to Mantegna.

Locanda Italia
Rione Marconi G., 2 - 75019, Tricarico (Matera)
15.82 Kilometers from Cathedral of Santa Maria Assunta
Hermes Hotel
Located a few steps from Policoro, the Hotel Hermes is the ideal place where you can spend your v...