What to see in Montecassiano, Macerata, Marche 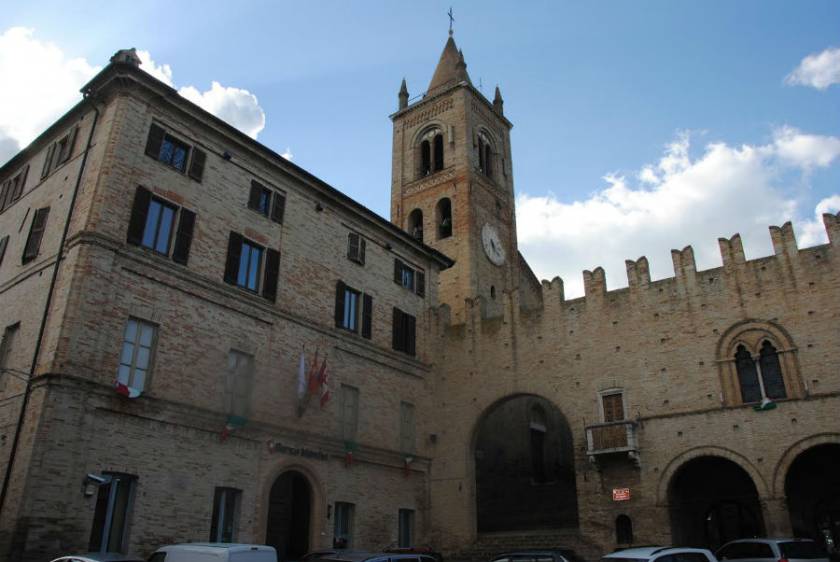 the Priors' Palace of Montecassiano was erected in this place in the XII century. In the fifteenth century was completely rebuilt and in 1467 was made the beautiful brick facade on the drawing of mastro Antonio Lombardo, as attested by a plaque affixed to a pillar of the portico.

The opposite occurs on two levels in the bottom a portico soil of five round arches is supported by octagonal pillars, and the upper floor is open from three beautiful mullioned windows with slender and trefoil arches, and closed by a beautiful medieval battlements. Inside it preserves a funerary stela stone dating back to the I century A.D. in honor of Cassia Orestina, found in 1602 in the locality of Valle Cascia. The upper floor is largely occupied by the Aula Magna, already council hall, with a trussed ceiling wooden and terracotta tiles.