What to see in Coreglia Antelminelli, Lucca, Tuscany 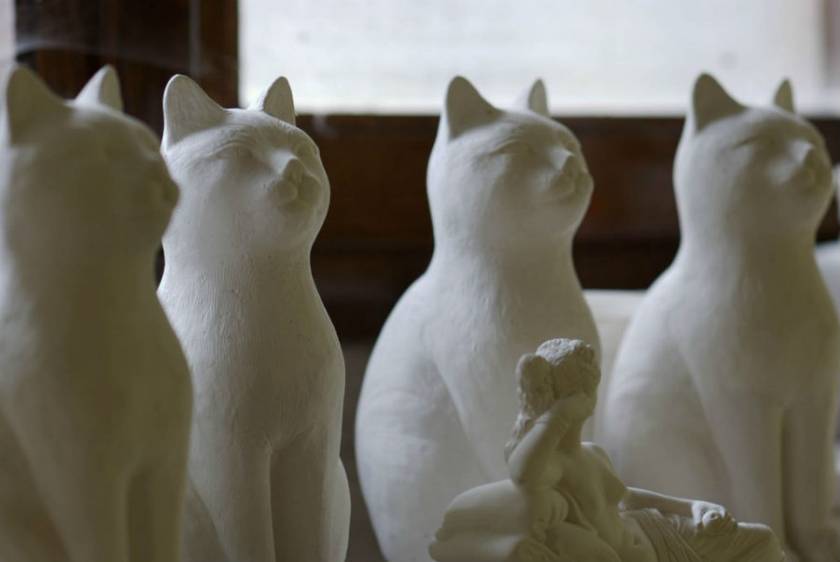 the use of plaster working originated at Coreglia probably between the XVI and the XVII century, since this activity acquired more and more importance up to become the main occupation of the local population. The kit necessary for the production of artifacts in plaster was extremely poor and lightweight and is well adapted to the mass migration of figurinai occurred from the eighteenth century in the Media Valle del Serchio. The figurinai figuristi or were in fact those artisans, who going often walk from one city to another or from one state to another, they sold the figurines that had manufactured at night in their provisional laboratories. To bear witness to the meaning which they represented both in the economic-social and cultural, was established at Coreglia in 1975 a museum of a thousand copies of gypsum products by the most expert trainers who dedicated themselves to this activity between the XVIII and XX century. Part of the present works were produced by the students of the School of Design and plastic, an institution created in 1883 to provide a cultural heritage of the basis to those who emigrated to exercise the profession of figurinai. The inventor, the cav. Carlo Vanni, which was part of a family of figuristi - entrepreneurs, chose as the first teachers of the nascent school two important figuristi: Giocondo Molinari and Nicolao Mazzotti, which are exposed various works. Carlo Vanni settled in Vienna gave the palace which is the site of the museum.

Unique in its genre, The Museum represents the phenomenon of the manufacture of plaster and emigration of figurinaio occurred in the Media Valle del Serchio from 1600 to our days. In its showcases, shows the widest range of objects of plaster created throughout the world. A section is dedicated to the plaster figurine with eighteenth century figurines of cats, busts of historians and literature, copies of sculptures greco-roman and a crib of the XIX century. Another section, located on the ground floor, is that relating to the documents on the emigration of figurinai, where are exposed passports, letters and photos.
Ample space was also dedicated to the representation of the methods used for the creation of the statue and in the exposure of the figurines of sacred art that in the second half of the last century, determined the fortune of many craftsmen. The Museum represents a compulsory stop for anyone who is interested in the knowledge of the history and development of the plaster figurine.

Via Versurone - Loc. Doccia del Cimone, Fiumalbo (Modena)
18.42 Kilometers from
B&B Antica Fattoria La Verdina
An ancient farmhouse of the eighteenth century used as a B & B, located in the beautiful countrys...

Via della Verdina, 36, Camaiore (Lucca)
22.25 Kilometers from
B&B Antica Fattoria La Verdina
An ancient farmhouse of the eighteenth century used as a B & B, located in the beautiful countrys...