What to see in Castiglione di Garfagnana, Lucca, Tuscany 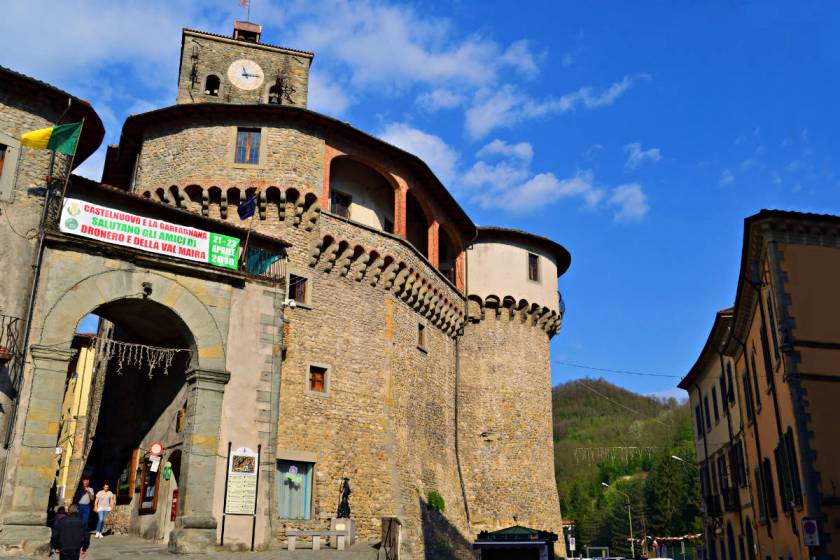 The troubled history of the Fortress of Castiglione di Garfagnana begins in 1170, when it was besieged by the Lucchesi, who managed to conquer it and destroy it in part. After 15 years was rebuilt from its feudal lords, but when the castiglionesi resumed again weapons against Lucca, Lucca returned and this time they razed to the ground the entire fortress.

In 1230 the castiglionesi, rebuilt the fortifications for the umpteenth time but in 1277 the village was once again at the center of the continuous wars that flourished in Garfagnana. It was besieged by the Lucchesi and destroyed for the third time. In June 1370 the sons of Castruccio Castracane occupied the castle for a short period, to their expulsion Lucca s the possessed definitively of Castiglione, strengthened him equipping it with 5 towers, called: the Brunella, Clock, S.Michele, of factors and S.Peter, near which rises the Rocca, equipped with galleries communicating with the outside. In 1610 Castiglione, was defended from attack by the Modena, resisting their siege repeated in 1613 and since then the village had a long period of peace, the lucchesi not mended even the damage suffered during the last war with the Estensi.

The current structure is of the XIV century, in these years was enlarged the curtain wall with a length of 750 meters and a height between 11 and 17 meters. Meander along an irregular perimeter that follows the slope of the ground. At the sides are raised three towers a semicircular, crowned in the upper part by corbels in stone. The main tower of the donjon is formed by large blocks of stone, the other two are called Castellano and della Campanella. A fourth tower with a quadrangular base, of which only a few ruins remain, is located near the entrance and had the function of powder keg.

The structure, privately owned, can be visited only with a guide.

Via Versurone - Loc. Doccia del Cimone, Fiumalbo (Modena)
21.25 Kilometers from Fortress of Castiglione di Garfagnana
B&B Antica Fattoria La Verdina
An ancient farmhouse of the eighteenth century used as a B & B, located in the beautiful countrys...

Via della Verdina, 36, Camaiore (Lucca)
24.65 Kilometers from Fortress of Castiglione di Garfagnana
B&B Antica Fattoria La Verdina
An ancient farmhouse of the eighteenth century used as a B & B, located in the beautiful countrys...