The Collegiate Church of San Cristoforo

What to see in Barga, Lucca, Tuscany 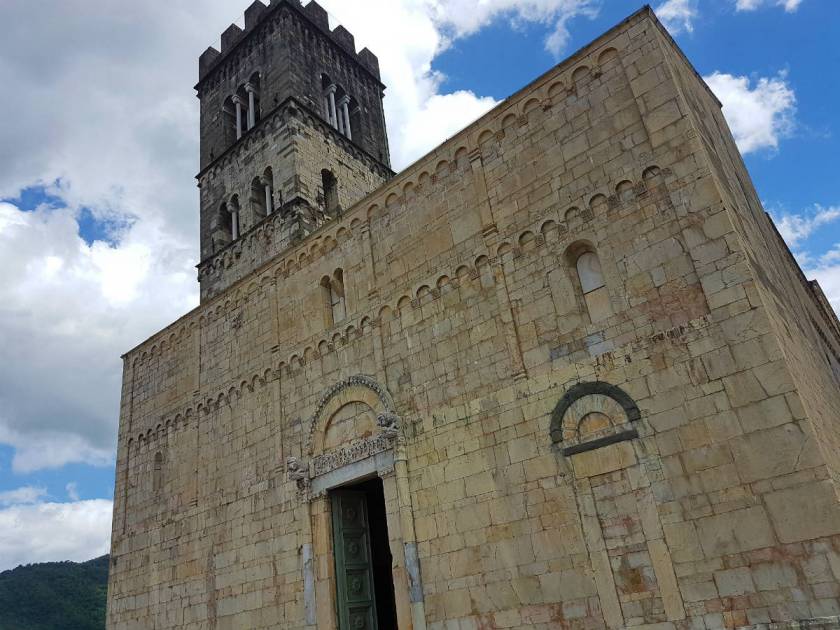 The collegiate church of San Cristoforo was built at different times, with the primitive construction dating back to before the year 1000. In the successive enlargements highlights architectural and decorative elements of evocative beauty that go from the Romanesque to the gothic style. With the realization of two lateral chapels and of the choir is completed the construction of the Church. The outer coating of the current facade has been realized with drafts of stone said Alberese of Barga. The porta Maggiore is overlaid by an arch carved with acanthus leaves. with an architrave in bas-relief depicting a scene of the grape harvest. The door is flanked by two columns, the top of which are placed two lions, which symbolize the strength of faith. The side door that looks toward the Loggetta del Podestà, is surmounted by a bas-relief attributed to the sculptor Biduino Romanesque (XII century), a work of great artistic interest that portrays a convivial scene, the Miracle of the "Scifo d'Oro" of San Nicola. The bell tower houses three bells that are still played manually "double in third" and "double four". The interior of the cathedral has three naves and transversely has a marble barrier formed by sheets of red marble squared by white marble decorated, to which rests without solution of continuity the magnificent marble pulpit, work of the Maestri Comacini, which is attributed to the school of Guido Bigarelli from Como (XIII century).

Via Versurone - Loc. Doccia del Cimone, Fiumalbo (Modena)
19.93 Kilometers from
B&B Antica Fattoria La Verdina
An ancient farmhouse of the eighteenth century used as a B & B, located in the beautiful countrys...

Via della Verdina, 36, Camaiore (Lucca)
20.50 Kilometers from
B&B Antica Fattoria La Verdina
An ancient farmhouse of the eighteenth century used as a B & B, located in the beautiful countrys...