What to see in Suvereto, Livorno, Tuscany 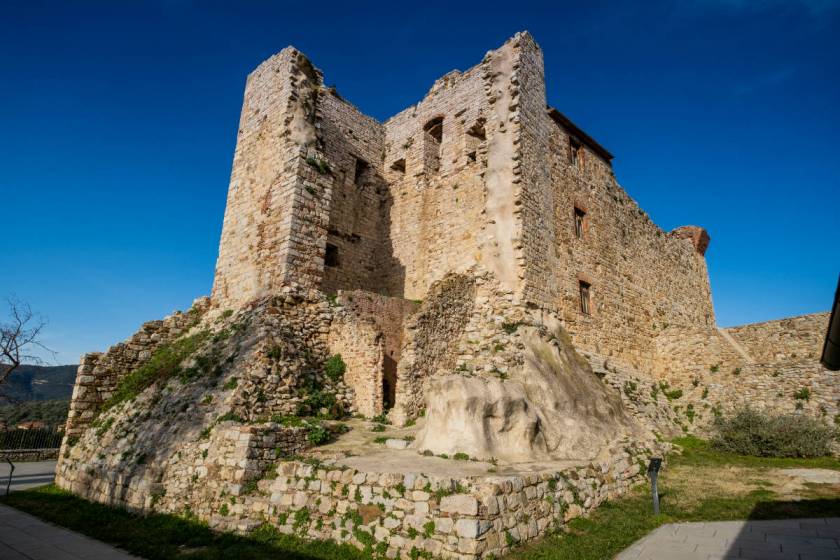 The fortress was built by the Aldobrandeschi family around the second half of the XII century in the place in which stood fortified structures dating back to the IX century. At the same time were also begun the work of construction of the walls defensive, from the Aldobrandesca Fortress, unfolded around the entire village: the walls were completed in 1308, as evidenced by an inscription placed on one of the two gates of access to the village. Presents itself as an impressive fortified complex, consisting of a tower with a square base, which is set against a palace. The masonry structures are in stone, with some slits that open at different heights along the walls of the tower; in some points it is present a base shoe. The portal of access to the palace, preceded by a short staircase, is characterized by a valuable a round arch.

Località Poggetto Masino 169, Suvereto
Agriturismo Gualdo del Re
A family business with a total area of about 40 hectares

Via del Crociﬁsso, 3, Suvereto
Petra Wine
A unique wine cellar in a unique place, Petra receives the mysterious secret from the skies and...