What to see in Specchia, Lecce, Apulia, Salento 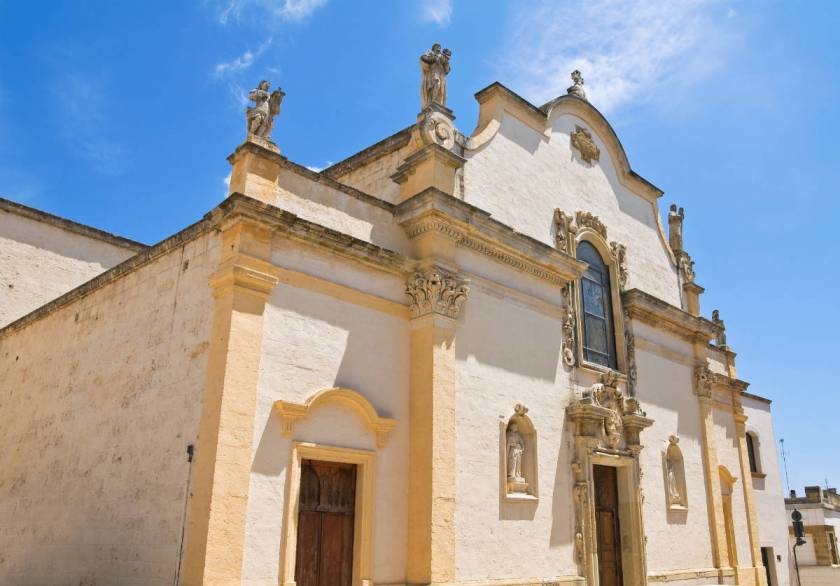 The Mother Church dates back to 1605 and has a Baroque architecture. In the emicycle of the apse there were a time five niches, two of which have been converted into windows. The Altar of the Annunziata hosts a votive framework depicting a member of the Protonobilissimo family, with its beautiful wife at the foot of the canvas. The bell tower, adjacent to the Church, is 19 meters high and its summit is placed to 148,77 meters above the sea level. It has the shape of a square tower, with only four windows and an acute arc at the top. In the eighteenth century was redone the facade and the central nave and in the same period were built the aisles, due to the increase of the population. The pillars are in local stone and venetian stuccoed, while the triumphal arches are decorated with floral motifs.

Strada Provinciale per Miggiano, km 1, n. 53,
Masseria Uccio
Entirely made with stones and tuffs of the place is a testimony of the ancient peasant civilizati...

Via Madonna di Fatima - 73039, Tricase (Lecce)
5.40 Kilometers from
B&B Centro Storico
The Bed & Breakfast Centro Storico rises in the heart of Otranto, on the ground floor of the anci...

Fair of the Madonna del Passo