What to see in Riomaggiore, La Spezia, Liguria 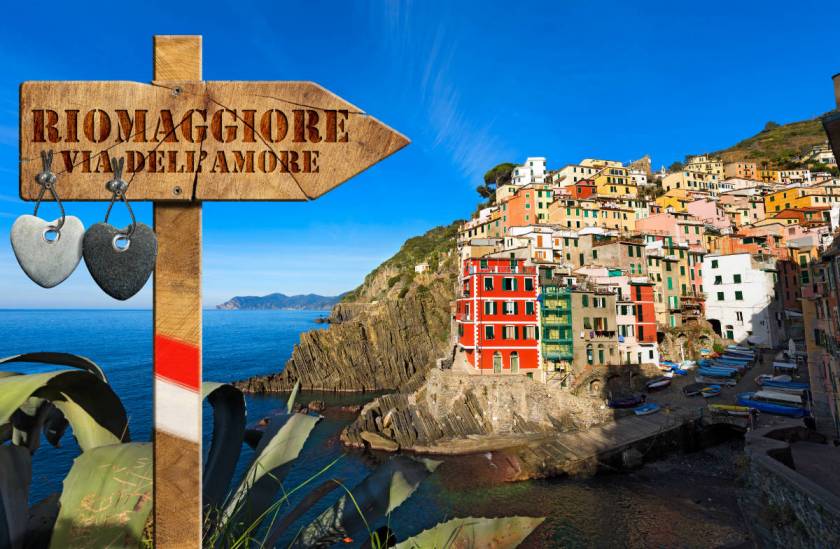 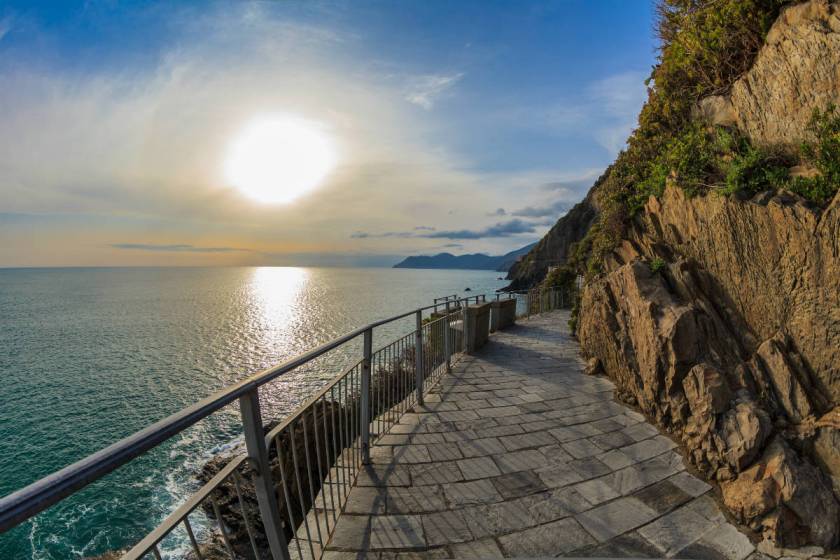 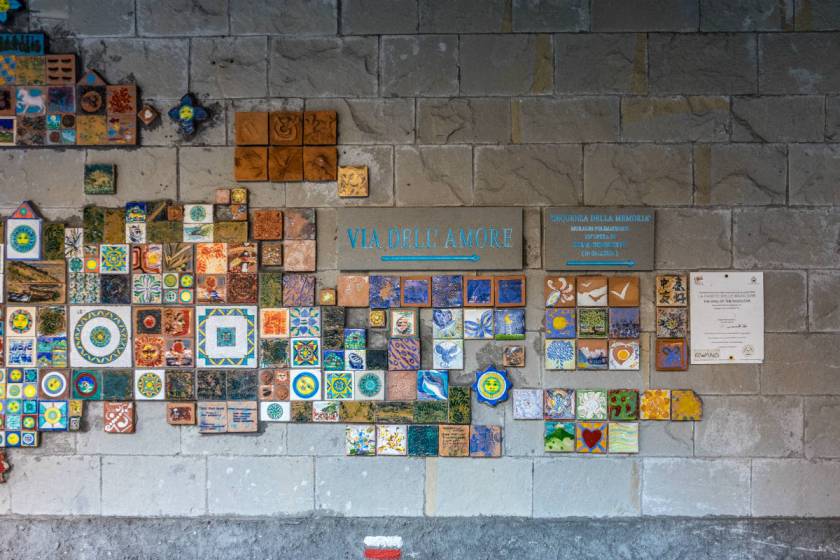 The Via dell'Amore is a pedestrian street overlooking the sea which, with a path of just over a kilometer, connects the villages of Riomaggiore and Manarola, in the Cinque Terre, in Liguria. It is one of the most important tourist attractions in the area and is an integral part of the Cinque Terre National Park.
Also known as the blue trail, it crosses the entire territory of the Cinque Terre from Riomaggiore to Monterosso. Being literally carved into the cliff about thirty meters from the sea, Via dell'Amore is the most original and interesting route from the point of view of the landscape, in fact it is the one most known and frequented by tourists.Its origin dates back to the construction of the railway, which connects Riomaggiore to Manarola, at the beginning of 1900. During the works, it was necessary to preserve the explosive material, which was placed inside a rock and once the work was completed, the powder magazine was defeated but the path remained inside the rock. A few years later, among the inhabitants of the two localities began to spread the idea of ​​using those small paths carved into the rock, to reach the two towns, becoming also a meeting point for young lovers. An anonymous person decided to trace the words "Via dell'Amore" with the lime to the two ends of the road.