What to see in Porto Venere, La Spezia, Liguria 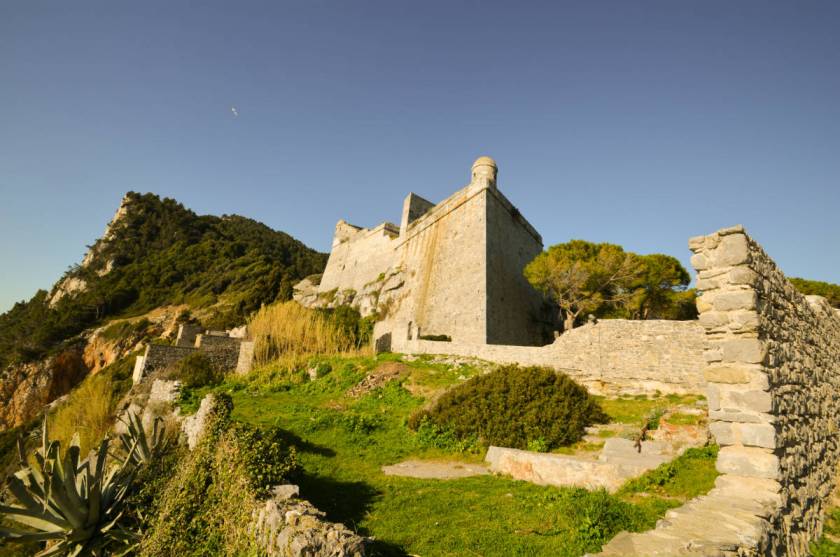 the Doria Castle in the village of Porto Venere in Liguria is one of the most majestic military architectures of the Republic of Genoa. In 1139 the Republic of Genoa managed to obtain the control of the village of Porto Venere, via the local lords of Vezzano, defending so to Levante from rival Pisa. In 1161 the castle was rebuilt in an area more dominant with respect to the existing near the church of San Pietro and the new construction was practically attached to another fortified structure, comprised of two sighting towers are identical. In the first years after the new building the two fortifications had two distinct Castellani and will be in the lower building that will take residence the local podesta. In the XIII century it was at the center of the struggles between Genoa and Pisa for the conquest of the surrounding lands, until both the castle and the village fell in the vast feud of the Ligurian Levant of Nicolò Fieschi. Return to be the domain of the Genoese republic since 1276. Around the second half of the fifteenth century Genoa decided, in the plan of reorganization of the castles and the fortresses in the gulf of La Spezia, to demolish the fact of the castle and were they to rebuild it with criteria most modern according to the architectural and military era; the work of rebuilding lasted between the XV and XVI century, but it will be only in the seventeenth century that the work will take the current appearance after other considerable expansions. During the French domination of Napoleon Bonaparte, at the beginning of the nineteenth century, the building will be used as a prison using the same premises of the previous century and then without altering the architectural form. Today the ancient Genoese fortress became the property of the municipality of Porto Venere and, after a meticulous restoration work in the seventies of the Twentieth Century, it is the seat of the art exhibitions in various events that take place throughout the year.

The fort has a plan in the form of a pentagon from which protrude on the salient downstream three bastions, while those facing upstream dominates a robust circular tower; the latter structure was already part of the previous medieval castle. The bastions had the task of controlling access to the village and the sea in front of it; the body was built in the XVI century, located further upstream, had to guarantee the security of any dangers coming from the mountains that surround Porto Venere. The entrance to the fortress was via a drawbridge, today no longer present, whose slots for the sliding of the rods are still well visible; the current access is through an impressive portal. Within the sixteenth-century fortress, which is accessed through a vaulted corridor and a covered staircase, is located a Sala Ipostila whose cover is supported by columns. Above it is the home of the local castellano that, from the 16th to the 17th century, was the seat of the Capitano del Popolo.