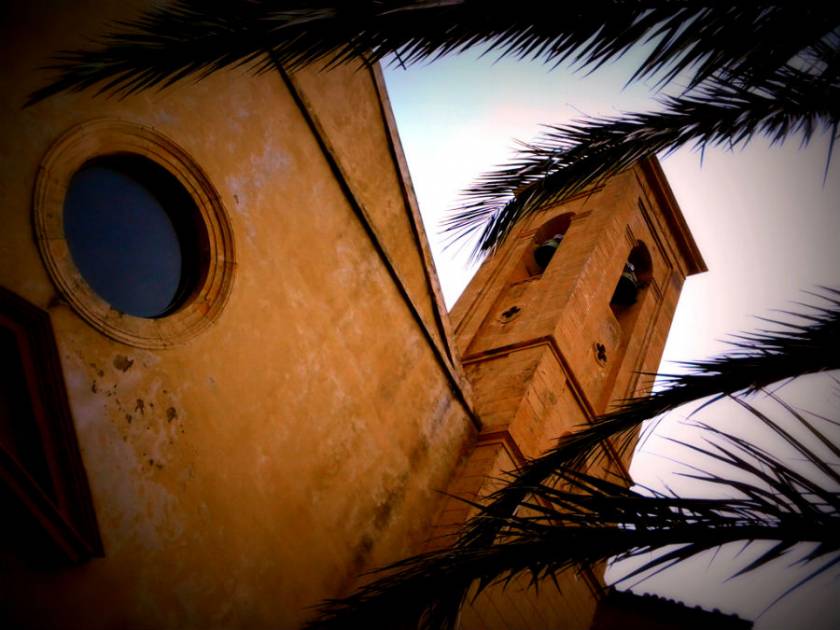 the small church of Sant'Erasmo is located almost at the top of the promontory of the ancient village of Porto Ercole, located more to the south of the country above the Pier in Santa Barbara, where stands out is the lighthouse that the Spanish Fortress. The original structure dates back even to the IV century and dedicated to Sant'Erasmo from Formia (patron saint of seafarers and patron of Porto Ercole), at the point where today is located the choir. To this was added a small oratory of the VII century. It was still within the walls of Siena, to distinguish it from another Sant'Erasmo, built outside the walls. For many centuries, it was the parish church of the country, and was rebuilt and restored almost totally in the XVII century in the current facade, in Tuscan style baroque very simple, with a portal surmounted by a triangular pediment, and a small rose window that opens in the center. However, the existing campanile, Spanish-style sailing (XIV century), was struck by lightning in the XVIII century and severely damaged (there are still some ruins on the roof of the sacristy) and therefore, in 1915, was erected the current one.

The church is divided into two naves, one main and one smaller side facing the sea. The ceiling of the main nave is supported by original trusses of the XVII century. The church lost its importance to about half of the twentieth century, when it was built the parish church of San Paolo della Croce in the modern village, although this ancient church is open for some masses and commemorations.

Behind the church, along a bumpy open staircase uphill on the right, leaving the village in the direction of the promontory with the headlight to the south of the Spanish Fortress, there are now very few ruins of what was once the Confraternity of Santa Croce (XV century), where was located a small sanatorium dedicated to Santa Maria Ausiliatrice. According to the hypothesis journal, there was hospitalized, already at the end of their life, the known painter Michelangelo Merisi, known as Caravaggio, on 18 July 1610, the invention already dying from portoercolesi then on the beach of Feniglia; always according to the official hypothesis, the cadevere was then buried in the old cemetery of San Sebastiano, where now stands a small mausoleum dedicated to him, at the beginning of Via Nuova, in the actual village. In its interior, five of the nine alleged bones of the painter found.

Poderi di Montemerano - 58014, Manciano (Grosseto)
4875.22 Kilometers from
Tenuta Il Cicalino
Located at the foot of the medieval village of Massa Marittima, in the picturesque setting of the...

Strada Provinciale delle Rocchette, snc, 58043, Castiglione della Pescaia (Grosseto)
4877.16 Kilometers from
= distances as the crow flies
Vecchia Osteria Cacio e Vino
Every dish is matched to a particular wine. You can taste delicious local dishes in a friendly at...

Località Poggio Bertino, 18, Montemerano, Manciano (Grosseto)
4878.12 Kilometers from
Trattoria Verdiana
It is a place of simple elegance, where, in winter, you can eat in front of the fireplace and in ...